Dez Caught It: Remembering the Greatest Non-Catch in NFL History 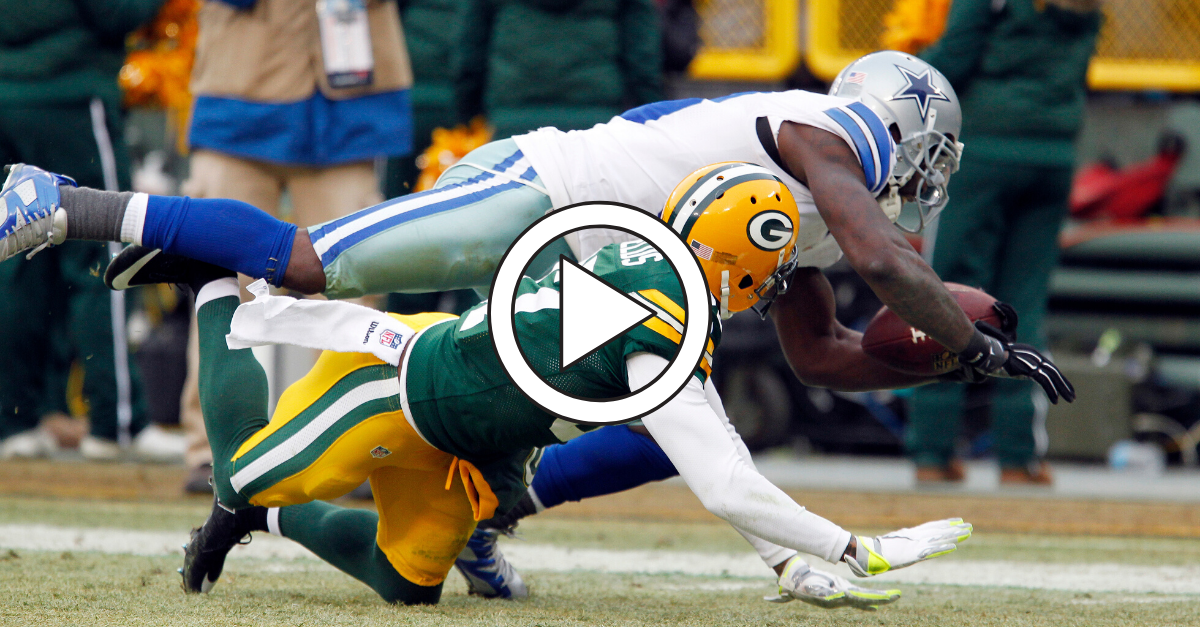 The Dallas Cowboys have a rich history. After all, they aren?t called America?s Team for nothing. From iconic quarterbacks to the NFL?s greatest fans, there?s no doubt owner Jerry Jones has built an empire in the Lone Star State throughout the years.

The Cowboys have also been on the wrong side of history, too. Tony Romo?s playoff fumble in the 2007 NFC Wild Card game comes to mind. So does Leon Lett?s epic blunder in the 1993 Thanksgiving Day game against the Miami Dolphins. However, perhaps nothing grinds the gears of Cowboys fans quite like debating whether or not ?DEZ CAUGHT IT? back in 2015.

The play itself is timeless. Controversy aside, the ruling by the officials not only altered the outcome of the NFC Divisional Round game, but also the rest of the playoffs, including the NFC Championship Game, and maybe even the Super Bowl.

There is no changing history, obviously, but it?s fun to take a look back and reflect on what could have been.

With 4 minutes, 42 seconds remaining in the fourth quarter, the Dallas Cowboys decided to go for it. They were facing 4th-and-2 on the 32-yard line and needed a touchdown to take the lead against the Green Bay Packers at Lambeau Field. What happened next is what has been replayed millions of times ever since.

Four years later the world still wants to know: did @DezBryant catch it or not?

In shotgun with an empty backfield and five pass catchers ready to make a move, Tony Romo took the snap and immediately saw wide receiver Dez Bryant in one-on-one coverage with Packers cornerback Sam Shields. So Romo lobbed it up and the rest, as they say, is history.

Initially, the officiating crew ruled it a catch. Bryant somehow jumped up over Shields, caught it, and was marked down just short of the end zone, inside the one-yard line. What a play and great catch, right?

After the play, then-Packers head coach Mike McCarthy threw a challenge flag and the play was overturned. Referee Gene Steratore then gave this all-time response, via The Washington Post.

?Although the receiver is possessing the football, he must maintain possession of that football throughout the entire process of the catch. In our judgement he maintained possession but continued to fall and never had another act common to the game. We deemed that by our judgment to be the full process of the catch, and at the time he lands and the ball hits the ground, it comes loose as it hits the ground, which would make that incomplete; although he re-possesses it, it does contact the ground when he reaches so the repossession is irrelevant because it was ruled an incomplete pass when we had the ball hit the ground.?

The Cowboys couldn?t complete the comeback ended up losing the divisional playoff game. Their season was over. The following week, Aaron Rodgers and the Packers lost the NFC title game to the Seattle Seahawks.

To this day, Dez Bryant, a first-round pick in the 2010 NFL Draft, still has the greatest non-catch in NFL history and it changed the game forever.

However, Cowboys fans still aren?t over it.

"Did Dez catch it?" pic.twitter.com/cobYYLqzpg

Nobody likes to admit they are wrong, but that?s exactly what happened three years later. According to NBCSports.com, John Mara, the New York Giants owner and a NFL competition committee member, said the league unanimously agreed on a new catch rule and that Dez Bryant?s grab should be ruled a completion in the future.

It doesn?t change anything from the past, but the controversial play ultimately made NFL officials change its rules.

Then, in an ironic twist, when Mike McCarthy was named the new head coach of the Cowboys, he was asked if he thought Dez caught it at his introductory press conference. The answer was perfect.

?I?ll say this? I?m going to tell you exactly what happened. I had one timeout and I think we had a little over four minutes left in the game, and I said after the game, ?That was one helluva athletic play.? I mean, I was impressed, because Dez and Sam Shields, you?re talking about two great athletes going after the football.

?I think it was clearly the technical rule at that time. Stephen [Jones] has since got it changed on the competition committee. I can?t tell you how many people from Dallas have told me about that play. It?s funny.

?It was a great catch, I can say now, but it wasn?t then? technically.?

So there you have it. After all of these years, it?s safe to finally say, ?DEZ CAUGHT IT!? It just won?t change anything and that?s what makes the play so great.