The Dallas Cowboys may be America's Team, but they haven't won a Super Bowl since 1995. Long gone are the days of running back Emmitt Smith, wide receiver Michael Irvin and the starting quarterback of the 1990s dynasty teams: Troy Aikman.

Aikman secured three Super Bowl rings for Dallas and called the shots for Jerry Jones' team for 12 years, but Tony Romo holds a majority of the franchise's records. Another name I can't leave out is Roger Staubach, who won two titles in the 1970s and became a six-time Pro-Bowler for America's Team.

They boast a pretty decent one right now in Dak Prescott, so fans need not worry every offseason and preseason who will be at the helm battling the The Washington Football Team, Philadelphia Eagles and New York Giants in the NFC East.

The best quarterback in Dallas Cowboys history is a contentious debate among Cowboys fans, but I'll attempt to rank the top five.

For all the flak he receives, Cowboys quarterback Dak Prescott actually been one of the most efficient passers to ever don the navy and silver.

As of the end of the 2020 season, Prescott's 1.7 career interception percentage is the lowest of anyone on this list and tops among Cowboys quarterbacks attempted at least 300 passes. His job is even easier considering he has a top-flight receiver like Amari Cooper and still has running back Ezekiel Elliott in his back pocket.

A prominent rusher, the former Mississippi State signal caller has logged 1,314 career rushing yards through the 2020 season but still has a ways to go to catch Staubach's mark of 2,264 rushing yards. It's not crazy to think Prescott could move even higher on this list if he plays the rest of his career in AT&T Stadium.

Guys like Andy Dalton, Garrett Gilbert and Ben DiNucci took over for him in 2020 after his nasty injury last year. But now, he's back taking snaps in 2021 and looks healthy, plus he has a humongous contract to play up to.

White was viewed as more of a baseball prospect coming out of high school and played both sports at Arizona State University. He signed with the Cowboys in 1976 after the World Football League folded, and man did it work out for them.

Being a punter and quarterback, White didn't assume full-time quarterbacking duties until Staubach retired in 1979 but won a Super Bowl in 1977.

Although his most memorable game may have been on the losing end of Joe Montana's "The Catch" game in the 1981 NFC Championship Game, he totaled 21,959 passing yards which is good for fourth all-time in franchise history.

Had he not spent five years in the Navy after graduating from the U.S. Naval Academy, "Roger the Dodger" or "Captain America" might've won more than his two Super Bowls in the 1970s under Tom Landry.

The 1963 Heisman Trophy winner went on to amass more than 22,000 passing yards and 150 touchdowns in 11 seasons as the Dallas Cowboys quarterback. Plus, he threw the original "Hail Mary" to Drew Pearson against the Minnesota Vikings in 1975.

Inducted into the Pro Football Hall of Fame in 1985, Staubach slates in at a much-deserved three-spot here.

Tony Romo was a magician pic.twitter.com/ufDDHzRUll

You probably know Romo is the Cowboys' all-time leader in both passing yards (34,183) and touchdowns (248) thanks to spending all 13 seasons in Dallas and having some pretty nice weapons in tight end Jason Witten and wideout Dez Bryant.

You probably know he's been one of the most respected sports media people since joining the booth for CBS. You also probably remember his fumbled snap against the Seattle Seahawks in the 2007 NFC Wild Card game that will haunt Texans forever.

But did you know, despite going 2-4 in the playoffs, Romo posted a better career passer rating in the postseason than some of the best football players ever in Tom Brady, Troy Aikman, Peyton Manning, Brett Favre and Steve Young?

The undrafted rookie free agent out of Eastern Illinois led the Cowboys to a franchise-most 29 game-winning drives over his tenure. Don't say he's just a regular-season quarterback.

On this day in 1993, the @dallascowboys defeated the Bills 52-17 to win Super Bowl XXVII. Troy Aikman named MVP. pic.twitter.com/YEBNfCejxS

Nobody on this list won more Super Bowls than Aikman. The 1989 first-round NFL Draft pick (No. 1 overall) out of UCLA made his way to Texas and launched a career resulting in hoisting the Lombardi Trophy in 1992, 1993 and 1995. He won the 1992 Super Bowl MVP.

The Hall of Famer made six Pro Bowls and ranks second all-time among the franchise's passing yard leaders with 32,942 and tossed 165 touchdowns.

Aikman may not have the same efficiency statistics as some of these other names, but the star signal caller deserves credit for winning countless postseason games unlike the previous name on this list. 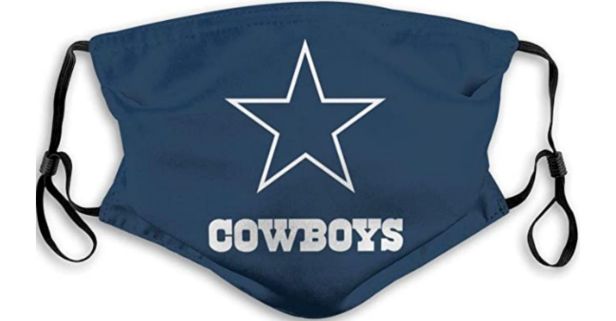 This article was originally published July 3, 2019 but has been updated.