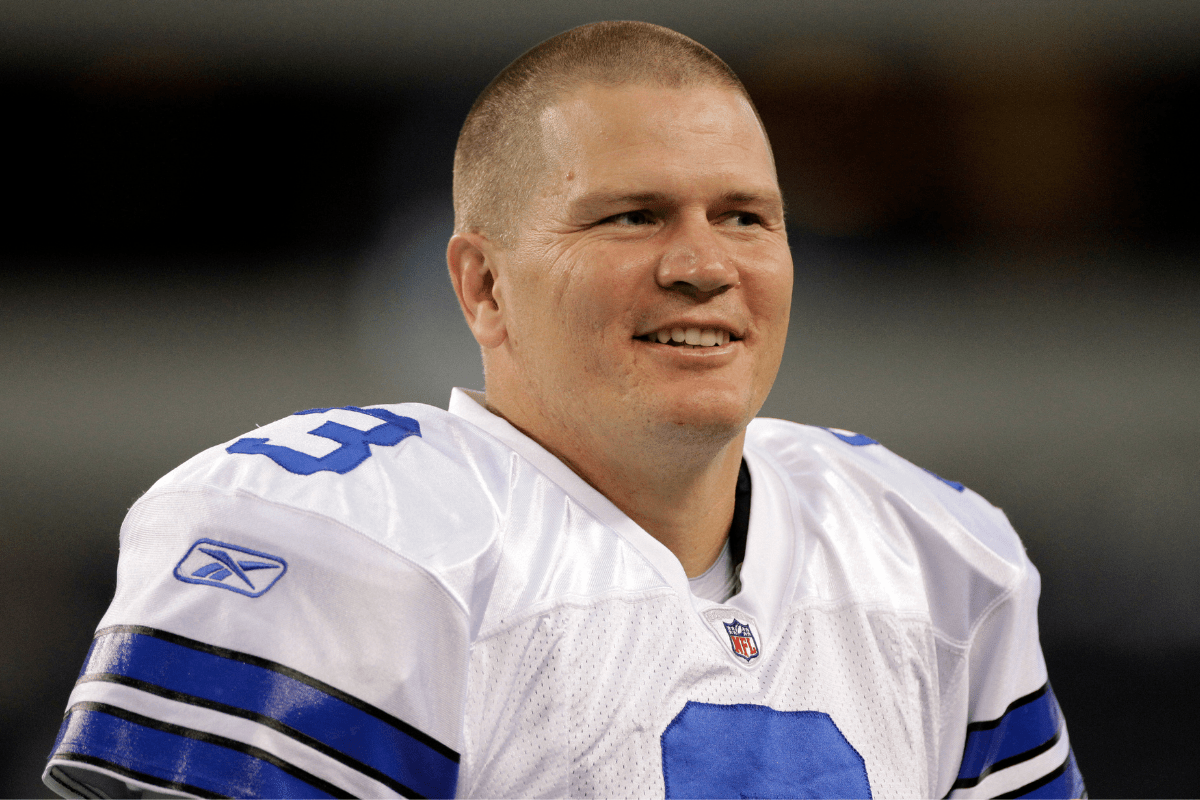 Jon Kitna was the definition of a “serviceable” NFL quarterback. He was by no means elite, but he was able to hold a job and occasionally surprise fans with his play.

Kitna has taken his experiences with the Seattle Seahawks, Cincinnati Bengals, Detroit Lions, and Dallas Cowboys to enter a new stage of his career as a head coach of several high school football teams.

Kitna is a native of Tacoma, Washington, and after playing at Lincoln High School, he was able to walk on and play college football for Central Washington University, an NAIA school. He became the starting quarterback immediately, and in a four-year career spanning 43 games, he threw for 99 touchdowns and helped the Wildcats win a national championship.

The NAIA does not lead to many looks from scouting departments often, so he went undrafted in 1996. However, in a moment of serendipitous fate, he was able to secure a deal with the Seattle Seahawks because head coach Dennis Erickson was on campus looking to give his nephew a tryout.

After a stint in NFL Europe, Kitna was ready for professional training camp stateside.

Jon Kitna in the NFL

"Jon Kitna changed my life."@MartysaurusRex on his favorite QB he's ever played with.

Kitna’s first few years in the league were spent backing up Hall of Fame QB Warren Moon, so he did not get much of a chance to start until his age-27 season in 1999. That year, he threw 26 touchdowns and had 16 interceptions in the regular season, but he was able to bring Seattle to the playoffs, though they did not go far.

He spent 2001-05 with the Cincinnati Bengals, going from the starter to Carson Palmer’s backup. Kitna was the quarterback who came in when Palmer tore his ACL in the playoffs. Afterward, he returned to the NFC and a had a starting job with Detroit.

The interceptions piled up in his Lions tenure, and he was never able to get into a groove there. He last played for the Cowboys from 2010-11, but a back injury suffered in the 2011 preseason limited his exposure to the field.

Confirmed: Former NFL QB Jon Kitna, a QB coach for the Cowboys last season, will be the next head coach at Burleson.

RELATED: Kyle Trask?s Replacement Could Be the Son of a Longtime NFL Starter

Kitna has taken to coaching in high school. This March, before the COVID-19 pandemic swept its way through the country, Kitna was named the new head coach of Burleson High School. Kitna has been tremendously successful in the past, but being able to coach his son, Jalen, might be the most rewarding experience yet.

Jalen Kitna will be joining the Florida Gators next season. Burleson ISD came into the year with high expectations, and they have had a great 2020 season so far.

Jalen Kitna is the son of former NFL quarterback Jon Kitna. He's a self-described late bloomer, and the Florida Gators have seen the potential in young signal caller from Burleson, TX. Jalen is verbally committed to the Gators. @KitnaJalen @CoachJkit @BHSElks pic.twitter.com/QRB7lJngvM

Leading Burleson was not Kitna’s first foray into coaching.

Following his retirement in 2011, he became a math teacher and head football coach for Lincoln High School, his alma mater. He brought success before leaving to lead Waxahachie High School in Texas. He was a big reason why wide receiver Jalen Reagor became as dominant as he did at Waxahachie; the team made the playoffs for the first time since 2009 under Kitna’s tutelage.

Following his stint there, he moved to Phoenix, Arizona, to coach Brophy College Preparatory.

Professional offers started to roll in. Kitna was the offensive coordinator for the AAF’s San Diego Fleet, and though the league didn’t last long, Jason Garrett took notice and named Kitna the quarterbacks coach of the Dallas Cowboys last year.

The transition from Tony Romo to Dak Prescott has gone quite well, but Kitna and offensive guru Kellen Moore brought Dak’s game to a new level. Last season was challenging for the Cowboys in other respects, however, and Garrett was fired. Mike McCarthy filled out his own coaching staff, and Kitna did not get asked back.

Being an NFL quarterback is impressive on its own. Being serviceable enough to start 124 games and throw for 169 touchdowns is even more amazing.

Jon Kitna has a lot to be proud of on the field, and his success as a coach has been incredible to witness. If he was so successful with Dak Prescott in just one season, I bet he will be on another team’s coaching staff sooner rather than later.