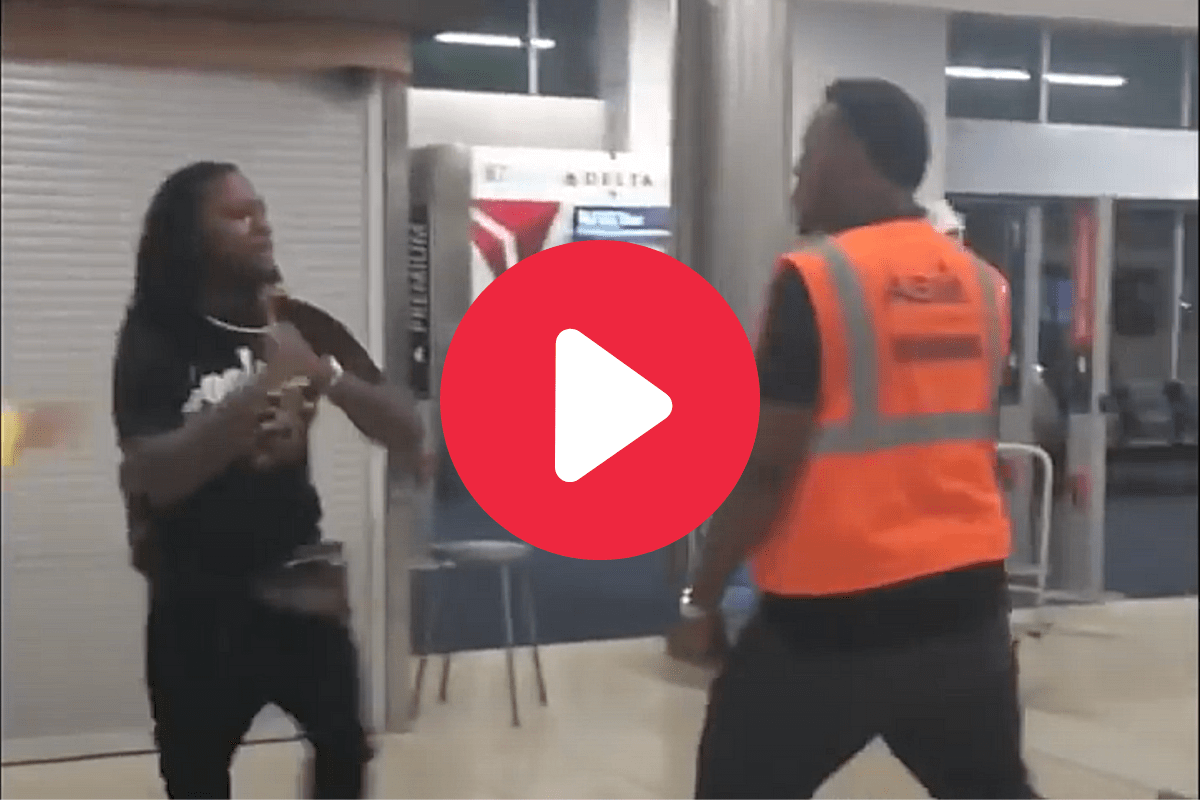 For former NFL cornerback Adam ?Pacman? Jones, a casual walk near Gate B6 at Atlanta?s Hartsfield-Jackson International Airport turned into a fist fight with an aggressive airport employee on a Tuesday night in July 2018.

As Jones was minding his business in the terminal, Frank Ragin, an employee of the facility-management company ABM Industries, instigated the fight with a gesture to the former Cincinnati Bengals star cornerback, according to the Atlanta Police Department.

Jones then retaliated to Ragin?s thrown punch to defend himself and it was all caught on tape. TMZ Sports was the first to report the fight between the football player and airport worker and post the footage.

Jones suffered a laceration on his face from a closed fist punch, and his female travel companion, who tried to separate the altercation on a few occasions, had an injury to her hand. Both declined medical treatment.

Ragin, however, was knocked to the ground during the altercation and transported to a local hospital. Adding insult to injury, Ragin was also arrested.

?Mr. Ragin was determined to be the primary aggressor and was taken into custody,? the Atlanta police said in the incident summary obtained by USA Today. ?He was charged with two counts of battery.?

Jones told his side of the story to Bleacher Report after:

Adam Jones, the 37-year-old former All-Pro defensive back, is no stranger to getting in trouble with the law, but this time, police say he was merely defending himself at the Atlanta airport.

He’s previously been arrested for disorderly conduct, obstructing a police officer, possession of marijuana and more, per ESPN. In 2007, he was allegedly involved in a fight at a Las Vegas strip club.

The No. 6 overall pick in the 2005 NFL Draft, Jones was a free agent after the Bengals did not pick the team option for the final year of his three-year, $24 million contract. Jones registered 498 tackles and 16 interceptions in his 11-year NFL career with the Tennessee Titans, Dallas Cowboys, Cincinnati Bengals and Denver Broncos. He retired in 2019.

Moral of the story: No matter how big and bad you think you are, do not run up on an NFL player. It won’t end well.