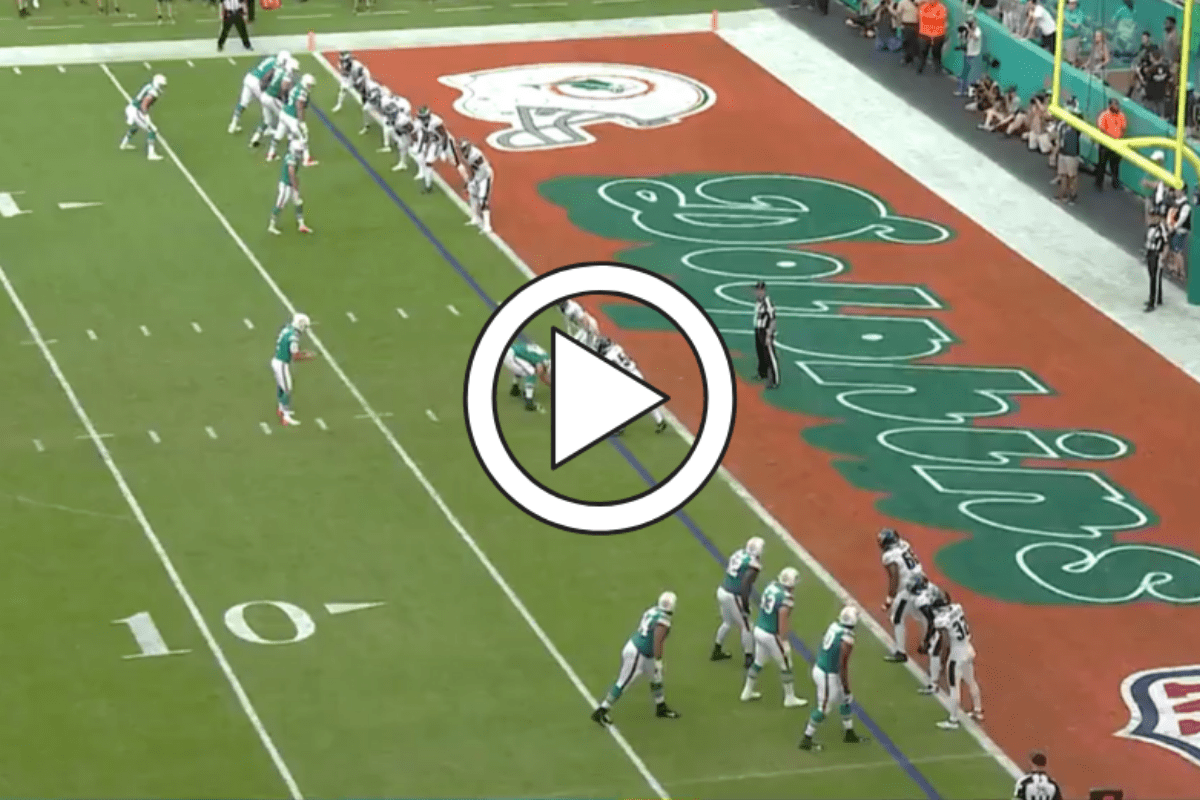 The Miami Dolphins football team played with absolutely nothing to lose in 2019. The struggling franchise didn’t make the playoffs once again and landed the fifth-overall pick in the 2020 NFL Draft after finishing 5-11. Still, the team became more dangerous late in the year, and head coach Brian Flores proved that in Week 13.

The Dolphins completely stunned the Philadelphia Eagles, 37-31, at Hard Rock Stadium in Miami Gardens. The final score was definitely a surprise to everyone, and how they pulled off the upset is even crazier.

Facing 4th-and-goal late in the second quarter, the Dolphins special teams unit lined up in an insane formation. Three offensive linemen were lined up to the left with a wide receiver behind them. Another three linemen were lined up to the right with another player behind them. All that was left was the center and punter in the middle of the field, and the placekicker in the slot.

Oftentimes, the formation comes together to kick a field goal. What happened here was pure and utter chaos at the end of the first half.

The @MiamiDolphins pull off the trickery! #PHIvsMIA

With the play clock winding down, punter Matt Haack took the snap from center Daniel Kilgore and immediately rolled to his left. At first, Philly looked to have read it perfectly and Haack was under pressure.

Then, out of nowhere, Haack threw a shovel pass to kicker Jason Sanders in the end zone for a wide open touchdown.

This wasn?t your ordinary fake field goal. This was trickery and a touchdown pass no Eagles defenders saw coming. It was executed to perfection, too, and it?s easily the best trick play of the 2019 NFL season.

Sanders isn?t the first kicker to score a touchdown in NFL history, but it?s very rare to see a kicker on the receiving end of the fourth down play.

Luckily for the Eagles, the humiliating loss had no barring on their playoff chances. They won the NFC East race with the Dallas Cowboys and lost to the Seattle Seahawks in the Wild Card Round. Still, as if Carson Wentz losing to Ryan Fitzpatrick wasn?t bad enough, this trick play definitely got the blood boiling for Eagles fans everywhere.