Eli Manning’s “Dirty Dancing” Commercial With OBJ is a Treat 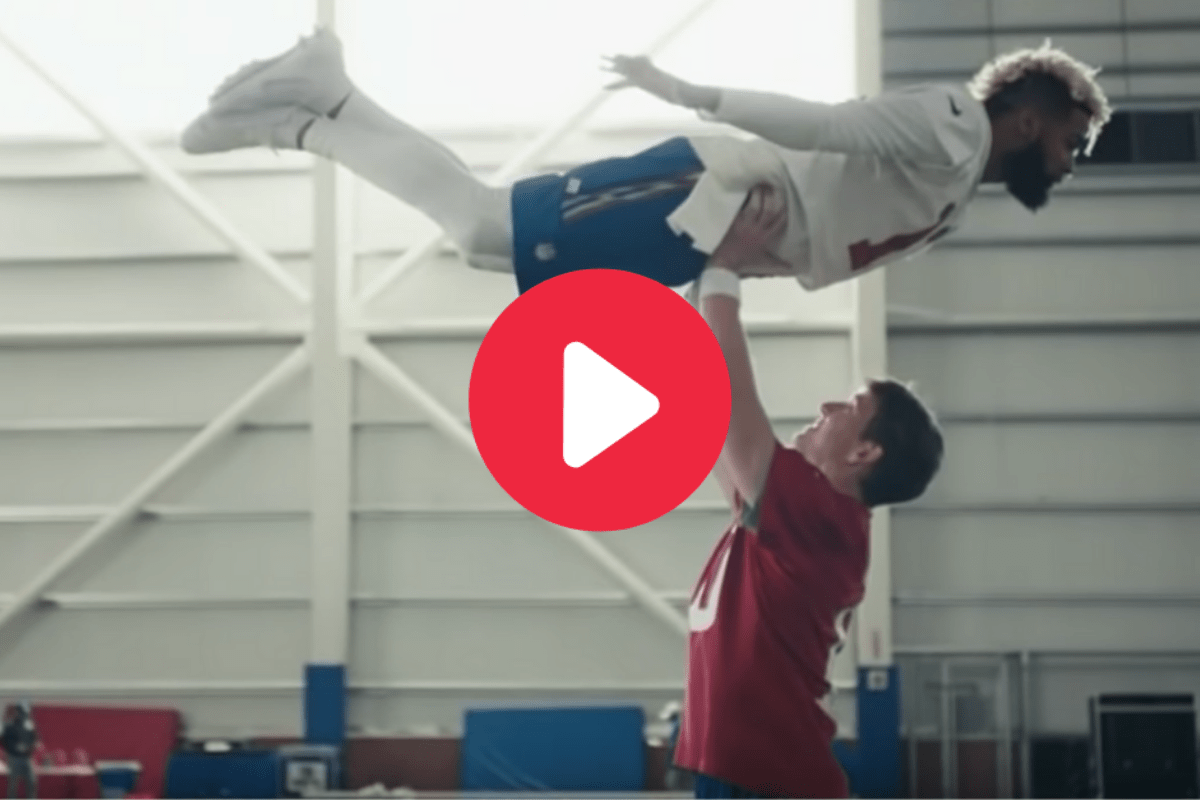 For many NFL fans, Super Bowl LII will forever be remembered for the “Philly Special” and how the Philadelphia Eagles took down the mighty New England Patriots. It’s one of those games that is impossible to forget. There is one commercial from The Big Game that is an all-time great, too.

Once upon a time, not long ago, quarterback Eli Manning and wide receiver Odell Beckham Jr. were lighting it up for the New York Giants. They were a lethal combination for defenses to stop because their chemistry was on point. It apparently was more than just football.

Super Bowl commercials are always entertaining, and this dynamic duo put one on for the ages. Channeling their inner Patrick Swayze and Jennifer Grey, they did the famous “Dirty Dancing” sequence to perfection at the Giants’ practice facility.

In a football world filled with touchdown celebrations, this one takes the cake. Everyone knew OBJ had dance moves, but Eli Manning, too? The Giants quarterback nailed the choreography and helped make one of the best commercials that year.

As soon as Manning found OBJ in the end zone, Bill Medley and Jennifer Warnes’ “(I’ve Had) The Time of My Life” comes on, and the rest is history.

Giants safety Landon Collins was grooving on the sideline and even offensive linemen Brett Jones, John Greco, Chad Wheeler, D.J. Fluker and John Jerry played a part. Stephanie Klemons, the choreographer for Hamilton, helped make it all happen, according to USA Today Sports.

🇺🇸 Definitely the best #SuperBowl commercial. And it was by the #NFL itself. Eli Manning and Odel Beckham Jr dirty dancing are just hilarious

However, absolutely nothing about the first part of the video can be compared to the famous lift with Manning holding Beckham up. They truly were having the time of their lives.

“Eli came in the day before and worked on it. When I saw him the morning of the shoot, I was just laughing to myself, imagining him in his living room just practicing. [laughing] And I was like, ‘Were your daughters watching you,’ and he just kind of giggled. Look, I’m a flat-footed, pear-shaped man, and these guys are professional athletes. It’s mind-boggling how coachable and how quickly they pick this stuff up. It’s next level. I think for guys like us, it would have been an impossible task. It would have taken weeks of training, and really tough. But they’re pros. They just get it. They’re so coachable and so athletic, it’s crazy.”

Moving forward, it will be hard to hear that song and not think of Manning, OBJ, Collins and the o-line in one of the best Super Bowl ads the NFL has ever done.

This post was originally published on March 25, 2020, but the commercial just gets better and better every time we watch it.