Flutie Flakes Are Making a Comeback After 20-Year Absence 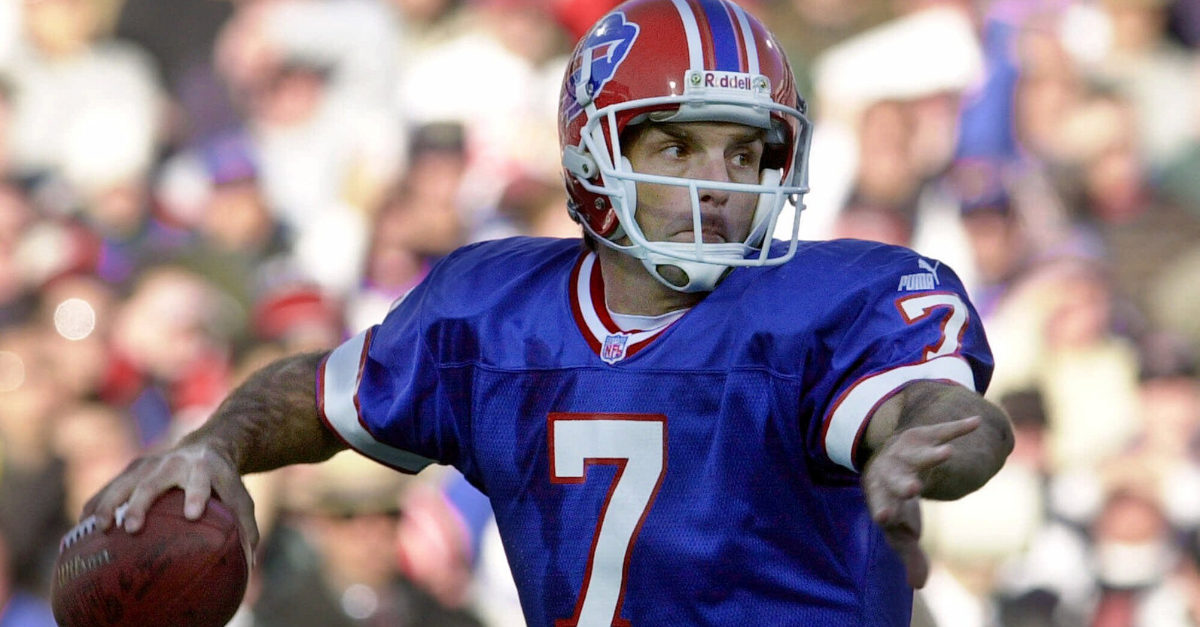 Doug Flutie is never really in the discussion as the greatest quarterback of his generation, but every football fan remembers him for something. Whether it was his famous Hail Mary at Boston College, his Heisman Trophy, his journeyman NFL career, or even his new video game, there?s always a story to be told when his name comes up. Now, one of the best things he?s known for is making a comeback after a 20-year absence.

Back in the late 1990s, Flutie Flakes took the nation by storm. The original plan was to only sell 20,00 boxes, according to Fox Business, but the breakfast cereal reached an unforeseen level of popularity. Flutie Flakes sold over two million boxes in a short period of time, but nobody has seen them since. Until now.

Not only will former quarterback Doug Flutie be the ?Legend of the Game? when the Buffalo Bills host the Baltimore Ravens on December 9, but Bills fans at New Era Field will also be able to buy boxes of the cereal and t-shirts to celebrate the 20th anniversary of its release.

This is not a drill. FLUTIE FLAKES ARE BACK!

Flutie Flakes will be back into the market after a 20-year absence with @DougFlutie getting honored in Buffalo this weekend. The cereal, from @plbsports, sold 2.3 million boxes in 1998 and 1999. pic.twitter.com/azr0KYZ0Ex

The re-release of the frosted corn flakes is definitely exciting, but it?s also for an amazing cause. A portion of the proceeds will go to the Doug Flutie Jr. Foundation for Autism.

Additionally, the limited edition cereal box will be on sale at Wegmans locations, online at PLB Sports, and eventually at select FYE and Wal-Mart locations, according to Bills Wire.

?I haven?t been back to Buffalo, really, for anything football-related, in 20 years, I?ve gone to Jim Kelly?s golf tournament, hung out, done a couple things, but it?s really cool to be asked to come back 20 years later.?

The success of Flutie Flakes in 1998 also happened to be the quarterback?s best year in the league. That?s when he made it to his only Pro Bowl and led the Bills to the AFC playoffs.

The fact this is all coming full circle is a beautiful, beautiful thing.