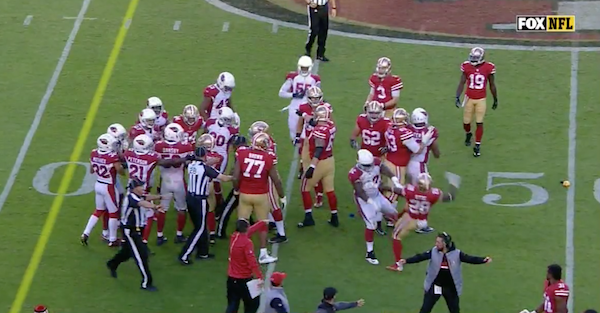 The 49ers didn’t take kindly to the hit and chaos broke out before Frostee Rucker, Haason Reddick and Carlos Hyde were all ejected for fighting.

Frostee Rucker, Haason Reddick and Carlos Hyde have been ejected for fighting. #AZvsSF

It was the third brawl of the day after A.J. Green and Jalen Ramsey were ejected earlier and Mike Evans escaped punishment for cheapshotting a New Orleans Saints player for getting into it with Jameis Winston.