Jameis Winston Once Started a Fight by Poking His Opponent 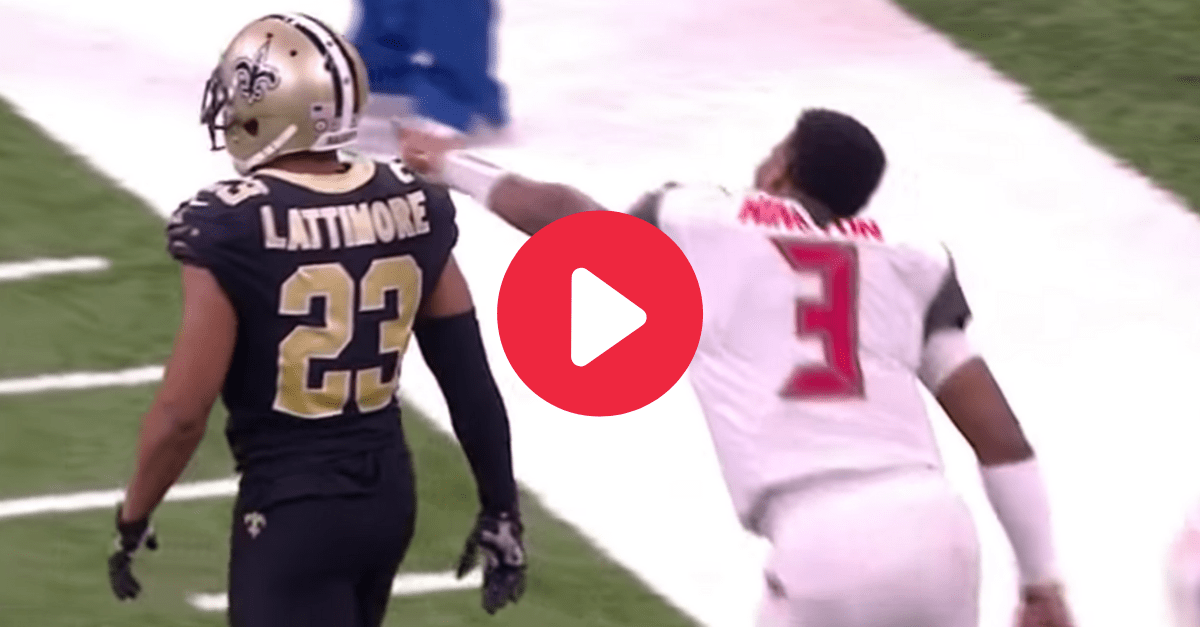 Back in November 2017, things were getting ugly at the Superdome.

Lattimore and Winston exchanged words before the quarterback poked the defensive back from behind. When Lattimore retaliated, he was pancaked from behind by Evans.

Surprisingly, the wide receiver was not ejected from the game and instead was flagged for a personal foul.

Obviously, there was plenty for the Bucs to be frustrated about trailing 30-3 late in the third quarter.

Jameis Winston was asked what he thought of what Mike Evans did: "Well, Marshon Lattimore pushed his quarterback." pic.twitter.com/32Cv887unj

This wasn’t the first altercation between a wide receiver and defensive back in Week 9 of that seaason. Cincinnati Bengals receiver A.J. Green and Jacksonville Jaguars cornerback Jalen Ramsey were ejected for fighting during their game that Sunday.