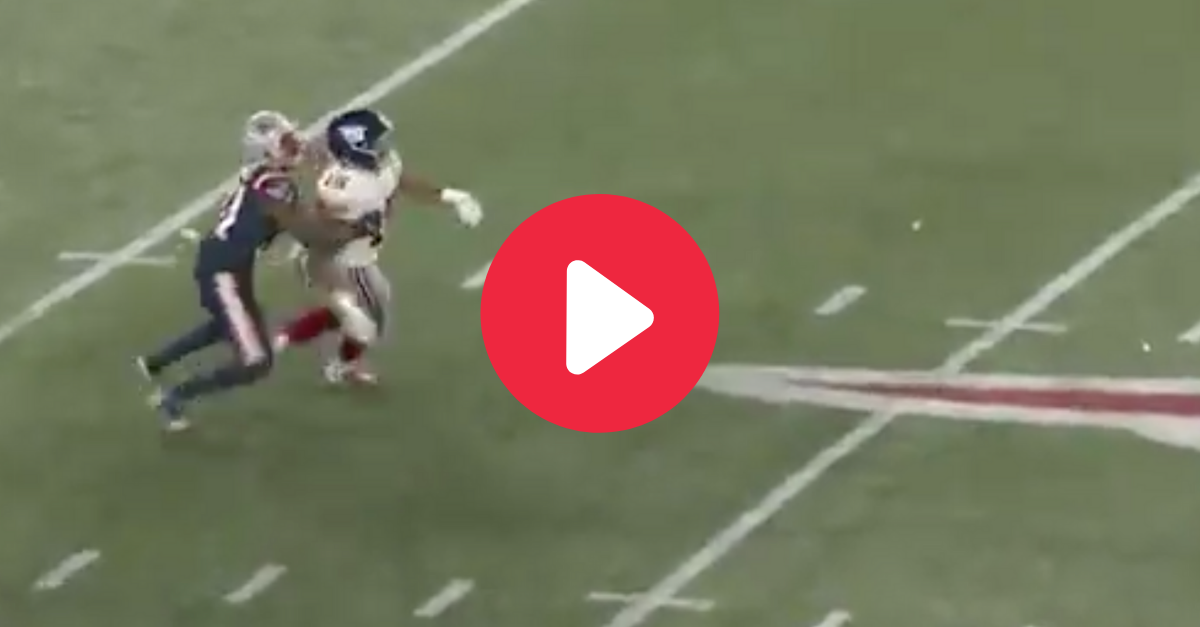 By the time Thursday Night Football rolls around, NFL fans everywhere are just itching for some action. To many, it doesn?t matter if it?s a good game or not. All they care about is the start of another weekend of gridiron bliss. However, with the spotlight on one game, everything intensifies, and the officials? flaws have truly been exposed in back-to-back weeks.

Last Thursday, it was a questionable roughing the passer call on Los Angeles Rams linebacker Clay Matthews against Seattle Seahawks quarterback Russell Wilson. This week, well, it was a rather bizarre no-call for defensive pass interference.

Ever since the NFC Championship Game last season, everyone has been on tilt. The league even created a rule for coaches to challenge a call, or no-call, if they felt like it was PI. Yet, when the New England Patriots hosted the New York Giants, it proved nothing has really changed.

#NFL officials have gone rogue. 100-percent. This wasn’t called on the field and then wasn’t changed after it was flagged by the #Giants. So they ruled TWICE that this wasn’t defensive pass interference. Which is just blatantly wrong and a purposeful refusal to change the call. pic.twitter.com/BY2rRE6gQc

Initially, no call was made. Then, the Giants challenged the ruling on the field. What happened next is Al Riveron, the NFL Head of Officiating, decided it wasn?t pass interference, either.

Of course, Giants head coach Pat Shurmur was pissed, but he wasn?t the only one. Social media completely lost its collective minds when the pass interference call in the fourth quarter wasn?t overturned.

Of course that wasn’t pass interference….
I smell horse shit.

So, what do you have to do to get a pass interference call?

This pass interference review stuff in the NFL has to just go away. Mike Pereira just said, “I think we can all agree that was pass interference.” Then went on to say it shouldn’t get reserved. So why have it? I just don’t get it.

Look, nobody likes to admit when they are wrong. Reversing the call might not have ended in a touchdown and probably wasn?t going to stop Tom Brady, Bill Belichick and the Patriots from winning the football game, either. But this is exactly why the NFL created the pass interference challenge, and it shows the system is broken before it was ever really fixed.

Whether it?s the preseason, regular season, playoffs or Super Bowl, pass interference is pass interference. Jones, the defensive back, clearly made contact against Tate well before the ball got there.

Fans are getting tired of this nonsense. Just imagine how the teams feel, too.

MORE: NFL Referees Make More Than Some Doctors for Only 3 Weeks of Work