If you've never seen "The Goonies," stop scrolling on your phone, turn on Netflix or Disney+ or wherever its streaming and press play. I don't care what anyone says, the 1985 movie about a group of kids that discover a treasure map, go treasure hunting and encounter some very weird things along the way is right up there with classic 1980s movies like "E.T.," "The Terminator" and "Ferris Bueller's Day Off." The brainchild of Steven Spielberg, "The Goonies" grossed $124 million at the box office worldwide on a budget of just $19 million. The movie's cast, led by Sean Astin, Josh Brolin, Jeff Cohen and Corey Feldman, produced some all-time quotable lines and moments. "Goonies never say die" emerged from the classic film, as did Chunk's "Truffle Shuffle" belly-wiggling dance and his "No, Captain Chunk!" The star of the movie, though, was easily Sloth.

You know who Sloth is. The massive, bald monster-ish guy who calls a lumpy egg his head and can't seem to keep his left eye from sliding down his face. Lotney Sloth Fratelli originally is portrayed as a bad guy along with Mama Fratelli (Anne Ramsey), Jake Fratelli (Robert Davi) and Francis Fratelli (Joe Pantoliano). That changes when he befriends the Goonies and proves to be a really nice albeit kind of strange and super strong dude. In the Goonies movie, Sloth is a hero, from the way he rips into his family to save Chunk and his gang of misfits to his generous and kind heart. Seriously, if Superman has an action figure, Sloth deserves one too.

Considering Sloth's hulking figure, movie producers turned to the NFL to find their actor. This was just a slightly different role than what other NFL players that transitioned to Hollywood like O.J. Simpson, Brian Bosworth and Terry Crews have played. So, who was the man underneath those Hollywood prosthetics? 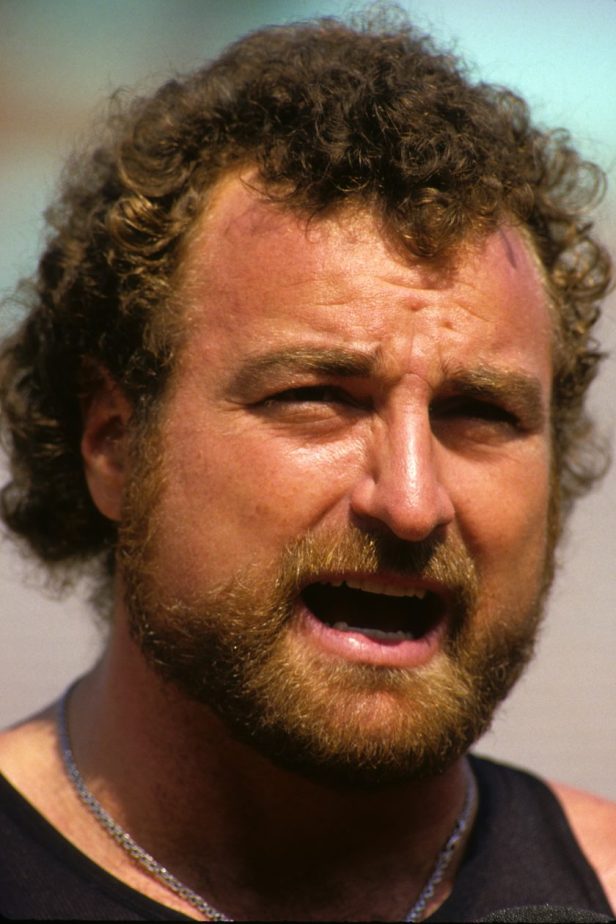 John Matuszak, a former NFL defensive end, played Sloth in "The Goonies." The 6-foot-8, 280-pound defensive lineman most notably won two Super Bowls with the Oakland/Los Angeles Raiders but also played for the Houston Oilers, Kansas City Chiefs and Washington Redskins in the 1970s and 1980s.

A former first-overall pick out of the University of Tampa, Matuszak enjoyed a nice nine-year NFL career before calling it quits in his early 30s. Why did Matuszak prematurely hang up the cleats? He had Hollywood in mind. He appeared in "North Dallas Forty" as a football player and other movies like "Caveman" and "The Ice Pirates," but his most memorable role came as the big, lovable Sloth from "The Goonies."

Some of his most hilarious moments include the famous line in which he screams  "Hey you guys!" and the scene where Chunk drills him in the head with a Baby Ruth chocolate bar. Watch the whole movie and you won't be disappointed by Sloth's character development.

Matuszak needed quite a bit of work done before he could play the iconic role.

According to IMDB, he sat through five hours of makeup to transform his face. The mask that was put on his face featured one eye that was operated off-screen by remote control. That meant the former NFL player acted the whole time with one eye.

"It took hours to put this makeup on. When we did the sequence in the water when they first see the ship, and I said to the kids whatever you do don't get John's makeup wet, because if you do it's going to get ruined. They said oh don't worry we won't. They jumped in the water and went right up to him," director Richard Donner said in a YouTube video. "This guy had been in makeup for five hours. Never said a thing."

How they only got water on him once while filming the climactic sequence seems like a miracle.

Throughout the movie, Matuszak dons a Raiders shirt in one scene and Superman t-shirt under a pair of suspenders while a pirate hat covered his head. The timeless outfit has become a staple for Halloween costumes in the years after.

He Died 4 Years After "The Gooines" 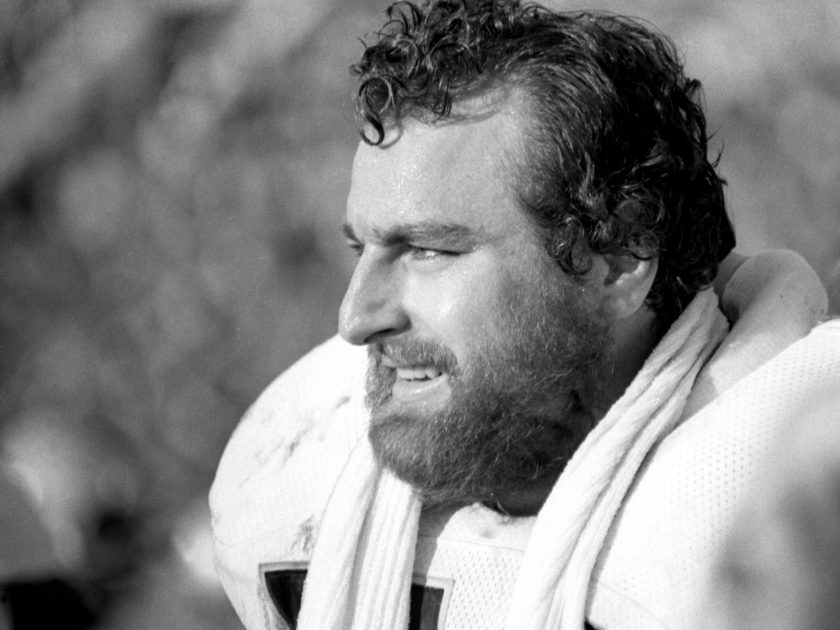 Matuszak made plenty more appearances in TV shows like "M*A*S*H," "The Dukes of Hazzard" and "The A-Team," but his acting career came to a tragic end in 1989.

Matuszak was just 38 when we died of heart failure to an accidental overdose of the prescription drug Darvocet. A coroner's office also found cocaine in his blood as well as underlying health problems such as an enlarged heart. His ex-girlfriend, Stephanie Cozart, suggested his struggle with addiction came after losing two brothers to cystic fibrosis.

John "The Tooz" Matuszak lived a wild life as many have recalled.

"He was a great football player," 620 WTMJ radio host Gene Mueller told OnMilwaukee.com. "He was a beast; he was a crazy man. I didn't know if he was just getting in or just getting up, but that was life with 'The Tooz.'"

But behind the bravado and testosterone and muscle was a gentle giant. He donated to cystic fibrosis foundations on numerous occasions before leaving us. Three of his siblings died from the disease. And of course, John Matuszak also left us with an all-time memorable pop culture character in Sloth.

This post was originally published on July 16, 2020, but Sloth remains a prominent person in our lives forever.

MORE: The One Person Who Hates "Rudy"? Joe Montana