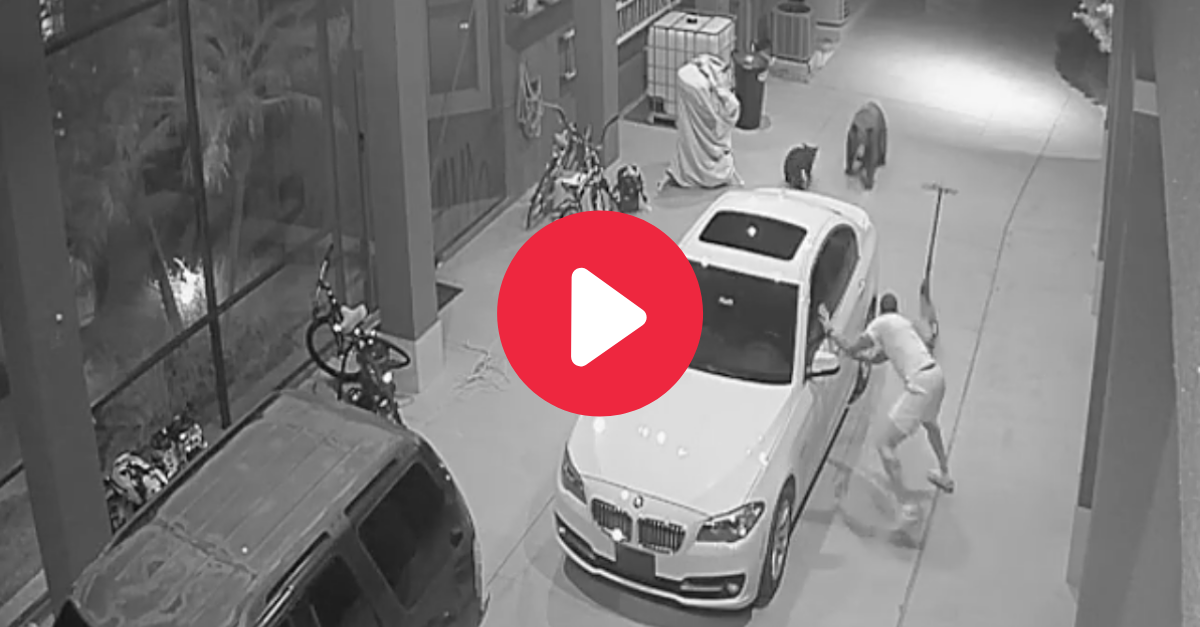 The 2016 Pro Bowler joined the Dallas Cowboys on a one-year free agent deal during the 2020 offseason, and if history tells us anything, bears aren’t big fans of cowboys. That sentiment rang especially true after a “home invasion,” which Ha Ha Clinton-Dix shared on his Instagram account.

Security camera footage, dated at 8:45 p.m. on June 22, 2020, showed two bears casually meandering up the driveway. Suddenly, Clinton-Dix appears in the frame riding his scooter, because what 27-year-old NFL star doesn’t ride their scooter around on a Monday night?

With agility that must make Nick Saban so proud, Clinton-Dix jumps off the scooter, turns, and sprints away as the startled bears scamper the opposite direction.

“I play D # gotta be ready to go. A lil high on my flip turn but the drive was there. I ain?t know how many was over there,” Clinton-Dix wrote on Instagram.

Naturally, NFL players were quick to comment in on the hilarious moment.

Where Does Ha Ha Clinton-Dix Live?

After leaving school early chasing a check I realized what paper was most important and that was my degree. Congratulations to everyone who walked this weekend. I Can’t describe how it felt to walk across the stage and finish what I started. Thank you to my academic advisors for pushing and making sure I had all the resources and tools to accomplish this goal forever grateful. @univofalabama @alabamafbl #Rolltide #Alumi #criminaljusticemajor #God100 #MollyDowd #Jondever #joyBurroughs #EmilyRoberts #ChelseaMayers many more thank you thank you thank you

Clinton-Dix purchased a $1.425 million estate in his hometown back in April 2019, according to the Orlando Sentinel. The 4,151-square-foot home features four bedrooms, four bathrooms, and a four-car pull-through garage, which mirrors the scene of the now-famous bear meet-and-greet.

It’s unclear if the bear-crossing fiasco actually took place at Dallas Cowboys safety Ha Ha Clinton-Dix’s Orlando home, but one thing is for sure: his reaction is priceless.