Every once in a while, a blockbuster trade in pro sports changes an entire league's landscape. The Red Sox selling Babe Ruth's contract to the Yankees in 1919 for $25,000 birthed Boston's infamous "Curse of the Bambino." The Cleveland Cavaliers' sign-and-trade involving LeBron James to the Heat (no, it was not free agency) obviously created major ripples in the NBA.

The largest trade in NFL history -- by sheer size and impact -- was the one centered around running back Herschel Walker that took place between the Minnesota Vikings and Dallas Cowboys in October 1989. It involved an unprecedented (wait for it...) 18 players and NFL Draft picks. 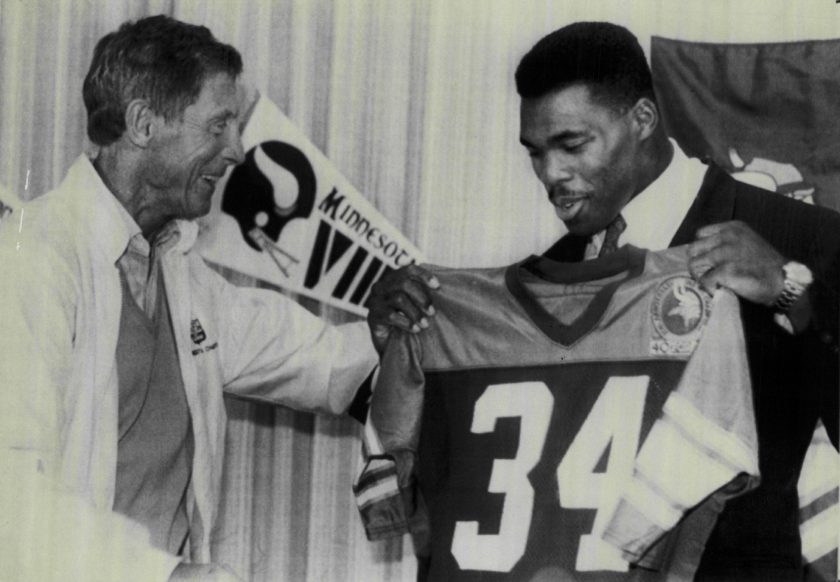 RELATED: Herschel Walker's Net Worth: How Football & Businesses Made Him Millions

Newly appointed Dallas Cowboys head coach Jimmy Johnson, who had the daunting task of replacing the legendary Tom Landry, knew Dallas needed to make some personnel changes. They were 0-5 to start the 1989 season (which they would finish 1-15). Outside of star wide receiver Michael Irvin and Walker, America's Team was devoid of talent.

So, Johnson decided he'd have to trade one of them to get back some future building pieces. Johnson nearly traded Irvin to the Los Angeles Raiders, but Raiders owner Al Davis talked him out of it. Johnson then turned to Walker and made him available via trade.

The asking price for Walker was understandably enormous -- the 1982 Heisman Trophy winner at Georgia and three-year star in the USFL was only 27 and had just rushed for 1,500 yards in his 1988 Pro Bowl season. The New York Giants, Atlanta Falcons, Cleveland Browns and Vikings were all suitors, though the Vikings won the bidding war over the Browns.

Vikings general manager Mike Lynn coveted Walker as the impact piece they needed to win a Super Bowl, so he pulled the trigger. 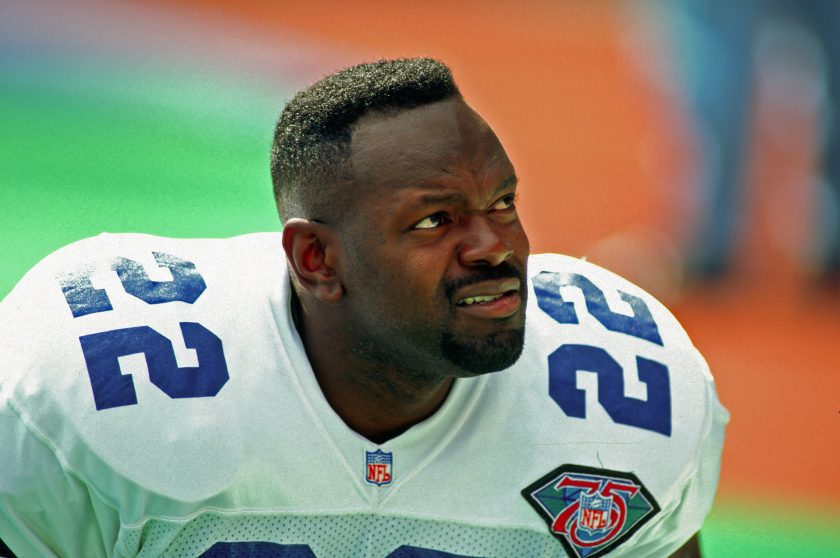 The deal was never supposed to be a three-team trade. Vikings running back Darrin Nelson wouldn't report to the Cowboys, so Dallas shipped him off to the San Diego Chargers for a fifth-round pick that they sent to Minnesota.

Here are the full details of the trade...

Lopsided doesn't even begin to describe the way this deal transpired. Three first-round picks alone looked like a haul. Johnson, proud of his work, called it "The Great Train Robbery.' He wasn't even interested in the players, but rather the conditional picks attached to them.

Initially, it looked as if Minnesota had robbed Dallas. Local beat writers criticized Johnson's deal, one of whom said the Cowboys received "a bag of beans and a cow to be named later." Oh, if only he knew just how big Jimmie's beanstalk would grow.

The Cowboys used their stockpile of draft picks, including their three first rounders, to move up in subsequent drafts or in player trades with teams like the Pittsburgh Steelers, New England Patriots, Atlanta Falcons, Houston Oilers and San Francisco 49ers. Those picks resulted in:

These moves changed the landscape of the NFC. Those were a few of the pieces -- along with current assets like Irvin and 1989 No. 1 overall pick QB Troy Aikman -- that helped form the Cowboys dynasty of the 1990s. They won three Super Bowls (1993, 1994, 1996) and might've won more if not for Johnson and owner Jerry Jones' falling out in 1994.

Meanwhile, the Vikings were bounced from the 1989 playoffs in the first round and missed the postseason the next two years. Walker was released in 1992 and signed with the Philadelphia Eagles.

It's hard to fault the Vikings. They were desperate for a Super Bowl in Minneapolis after losing in the playoffs in 1987 and 1988. Lynn made a move, and it just didn't pan out. It also probably set back the Vikings for a full decade.

As for the Cowboys, they still needed to draft the right players following the trade. Johnson, a former National Championship-winning coach at the University of Miami with an eye for talent, did just that. Tip your cap.

Unfortunately, we may never see a trade of this magnitude in football again. Can you imagine if the Cowboys traded Ezekiel Elliott to a team for 10 draft picks? Twitter might implode. After seeing how the Herschel Walker trade went down, maybe there's a reason no one's made a trade this large since.

MORE: Inside Herschel Walker's Rise (And Fall) With His Ex-Wife