Halftime is a near-universal concept in many team sports. It's a time to eat orange slices, ice wounds, talk strategy, and watch a musical performance like Janet Jackson's infamous wardrobe malfunction. Well, that last one is specific to NFL games. Nobody does halftime like the NFL.

North America's premier American football league plays 15-minute quarters broken up into two halves by a 12-minute halftime intermission. There are two-minute breaks after the first and third quarters, and both teams have timeouts at their disposals. That and other stoppages allow regular-season stars like Aaron Rodgers to take small breaks throughout the game, but halftime is the big one.

That being said, how long are NFL halftimes and how long does it last in the Super Bowl?

How Long is NFL Halftime? 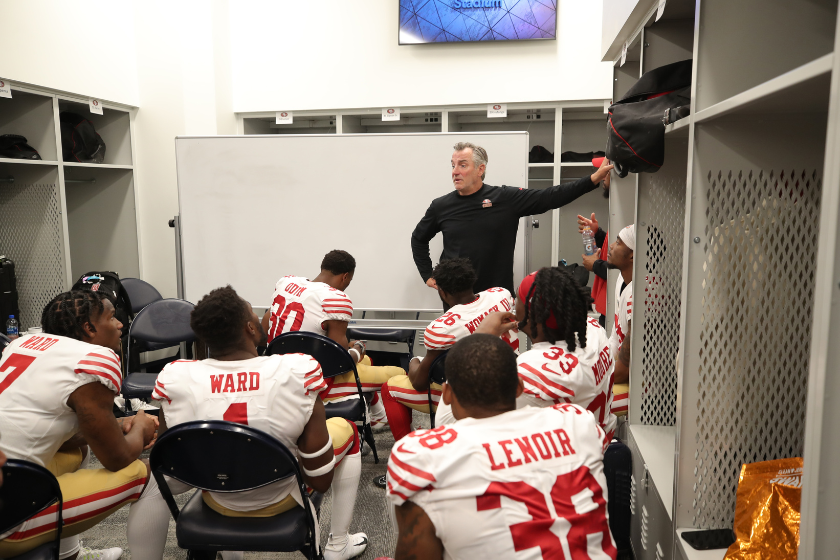 Regular season game halftimes are 13 minutes long, as explicitly stated in the NFL's 2022 rulebook. The rules also state that the back judge times each game's halftime to ensure it's the full 13 minutes.

NFL quarters are 15 minutes apiece, so halftime allows players slightly less than a quarter's length of rest. Both teams head to their respective locker rooms after the first half and are attended to by team personnel while the coaches talk strategy and pump up their players.

Though the biggest halftime show of the year is the Super Bowl, most teams from college football to the pros put on some form of halftime entertainment for the fans. That can range from local marching bands to fan-fueled competitions. Whatever they do, the second half or third quarter begins soon after.

Halftime is a break for the fans, too. Fans from New England to the Dallas who attend live games take the opportunity to buy more food or use the bathroom, while some at home are happy to stretch their legs or enjoy some commercials. Commercials are where most of the money for airing a football game comes from, anyway.

When halftime is over, the third quarter begins with a kickoff just like the start of the game.

How Long is Halftime During NFL Playoff Games? 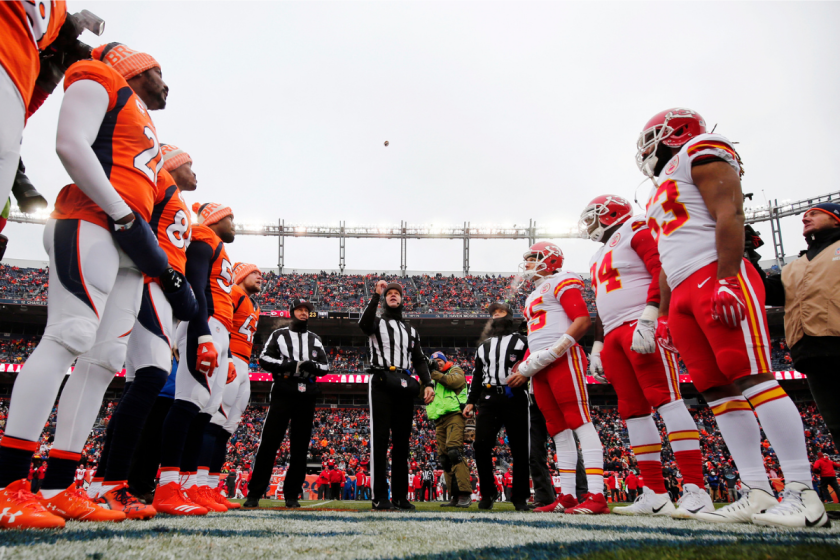 The Super Bowl needs a bit more time to put on its extravagant show.

How Long is Super Bowl Halftime? 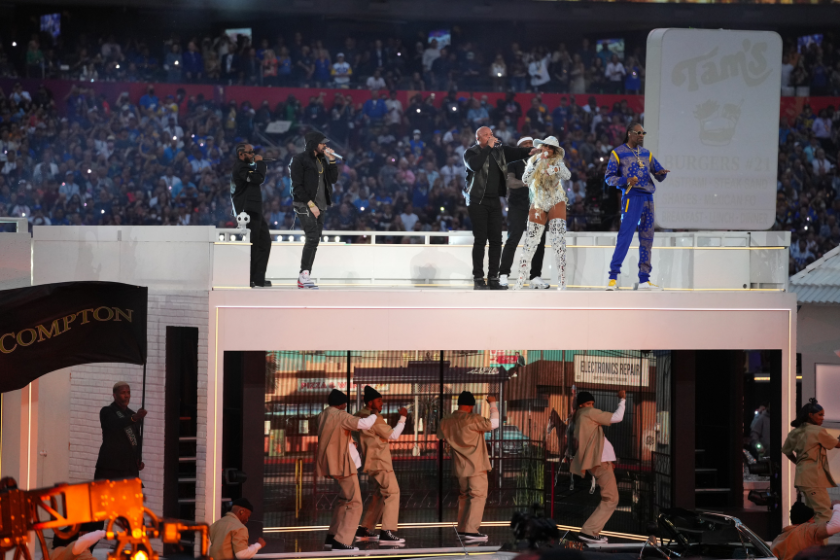 Super Bowl halftimes are usually at least double the length of regular-season halftimes, clocking in at an average of 20-30 minutes. Part of the time is setting up and taking down the stage and getting fans to and from the field. While crews assemble the stage, high-budget commercials keep fans shelling out the cash.

The Weeknd's Super Bowl LV halftime performance reportedly took 24 minutes. Amazingly, the entire halftime only took about 30 minutes, meaning they set up and took down everything in warp speed. The Super Bowl may have showcased the Kansas City Chiefs and Tampa Bay Buccaneers, but NFL halftime show crew members are the real MVPs. However, the previous year's show that featured Jennifer Lopez and Shakira lasted about 15 minutes.

Last year's performance featuring Dr. Dre, Snoop Dogg, Mary J. Blige, Eminem and Kendrick Lamar lasted nearly 14 minutes. The break in the action between the Cincinnati Bengals and Los Angeles Rams was widely regarded as one of the best halftime performances ever.

The NFL, seeking to expand popularity, began inviting major pop artists to perform in 1991. Since then, they have turned the NFL halftime show into a yearly phenomenon. That's just one of a few changes to NFL halftime throughout the league's 102-year history.

How NFL Halftime Has Changed 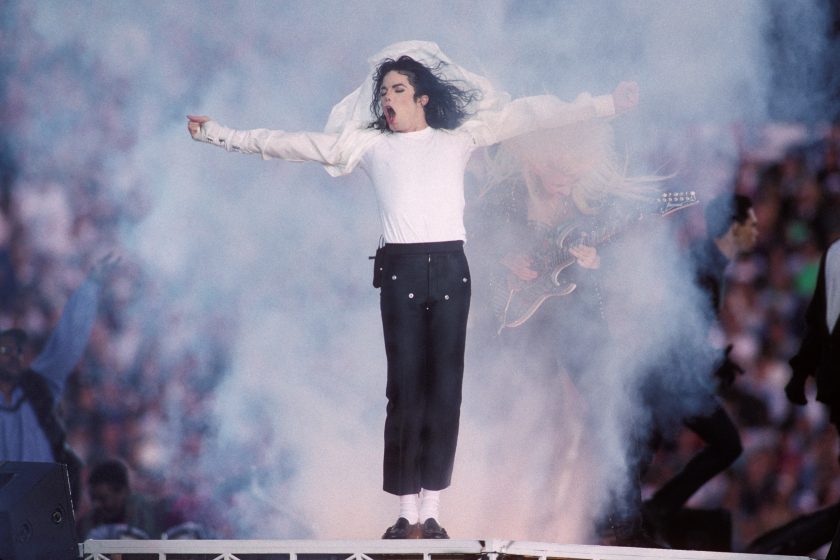 RELATED: Nipplegate: The Super Bowl Halftime Show That Revealed Too Much

NFL regular season halftimes used to be 15 minutes long, the same length as the quarters. They changed the rule in 1990 to cut a few minutes off the halftime break.

Before Super Bowl XXV, very few modern performers played the halftime show. But in 1991, the NFL booked one of the hottest acts of the early '90s, New Kids on the Block. It was the beginning of the major pop star trend we see today. Everything changed when Michael Jackson performed at Super Bowl XXVII in 1993.

The Super Bowl performances have seen their fair share of controversies, like Justin Timberlake and Janet Jackson's famed wardrobe malfunction. But all of those incidents have somewhat unbelievably occurred within the performance time slot of 12-13 minutes.

No other major sports championship's halftime is celebrated like football's. The college football NCAA championship, NBA Finals and even the World Cup can't rival what the NFL has created. It may only last 12-15 minutes, but NFL halftimes live forever in our hearts.

MORE: The "Super Bowl Shuffle" and the 1985 Chicago Were Both Massive Hits