Super Bowl XXXVIII featured, you guessed it, the New England Patriots winning another World Championship. Tom Brady was named the game's Most Valuable Player as the Pats defeated Julius Peppers, Jake Delhomme and the Carolina Panthers, 32-29. However, the highlight of the show came and went like a shooting star during the most memorable halftime performance of all time back in 2004.

Janet Jackson headlined a Super Bowl XXXVIII halftime show filled with star power. Inside Houston's Reliant Stadium, P. Diddy, Nelly and Kid Rock all made appearances to perform a mixture of their hits alongside Jackson. The whole thing finished with a duet of "Rock Your Body" with Justin Timberlake. If you missed this moment over last 15 years, I'm glad you're here to finally see it. Let's just say, the titillating ending was hard to miss.

Aside from the other sexually suggestive lyrics, the iconic song builds to the final line, "Bet I'll have you naked by the end of this song."

Well, someone thought it'd be a good idea to put a rip-away piece of leather costume over Janet Jackson's outer right breast for the former NSYNC leader to pull away at the end. Complete with a sun-shaped nipple shield, the singer's breast was exposed to more than 100 million people across the United States, and the world simultaneously shouted, "WAIT! WAS THAT...?"

The 2004 Super Bowl halftime show overshadowed the Patriots' win, and today it is simply remembered as Nipplegate. 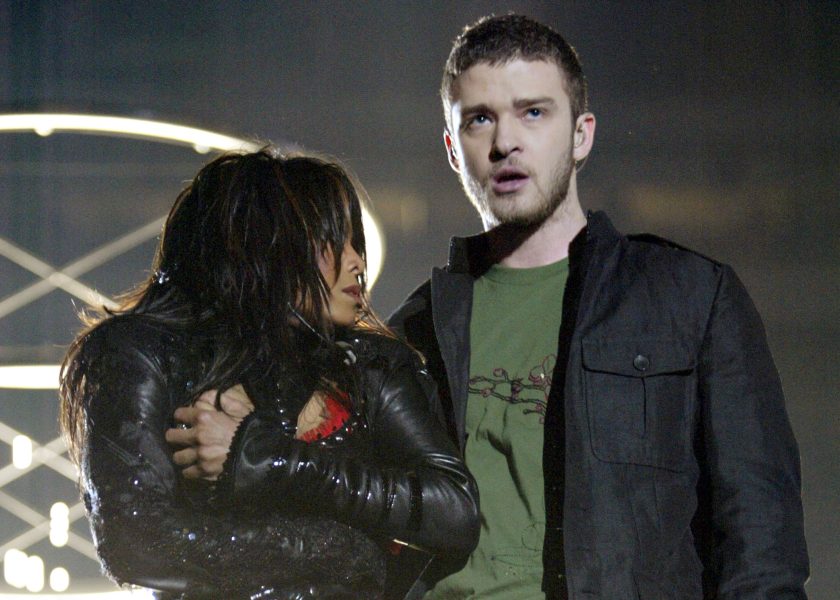 The show was produced by MTV and CBS Sports and was sponsored by America Online's TopSpeed dial-up Internet software. Clearly, none of them thought that exposing Janet Jackson's breast during one of the largest television events in American history might be a bad idea.

In the aftermath, Jackson said that a leather cover was supposed to expose a red lace bra underneath and that Timberlake accidentally removed all of Jackson's costume.

RELATED: How Long Does Halftime Last in the Super Bowl?

"There was a meeting right prior to the halftime (show)," the halftime show's producer Salli Frattini told USA Today. "The idea was pitched to Justin. Janet's stylist or whoever else was in the room. (Timberlake) went along with it and the mistake happened.

"There wasn't supposed to be any reveal. There should not even have been an action moment or anything ever ripped off her body."

Jackson later issued a public apology for the decision, which she says was decided on after the final rehearsal.

Perhaps unfairly, Janet Jackson's music career largely plummeted following the incident that everyone simply referred to as "a wardrobe malfunction" and "publicity stunt." Recent reporting even alleges that CBS Chairman Les Moonves worked specifically to ruin Jackson's career -- she was blacklisted by Viacom (the parent company of CBS and MTV), essentially not allowing many radio stations to play her songs.

At the Grammy Awards a few weeks later, Timberlake collected two awards and apologized for what happened.

"In my honest opinion now... I could've handled it better. I'm part of a community that consider themselves artists. And if there was something I could have done in her defense that was more than I realized then, I would have. But the other half of me was like, 'Wow. We still haven't found the weapons of mass destruction and everybody cares about this!' ... I probably got 10 percent of the blame, and that says something about society. I think that America's harsher on women. And I think that America is, you know, unfairly harsh on ethnic people."

When Timberlake performed during Super Bowl LII, it was rumored Jackson would return to make up for last time, but she never took the stage. 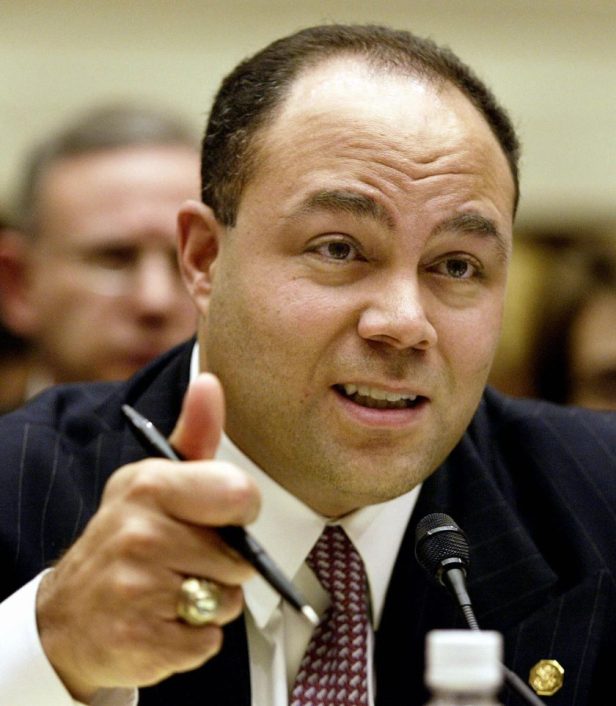 CBS was fined $550,000 by the FCC for the costume reveal. However, courts overturned it, stating that networks had been given "insufficient notice of what constituted indecency."

Regardless of the show's nonchalant attitude in the aftermath of Nipplegate, the bare-breasted moment resulted in over 540,000 complaints to the Federal Communications Commission, and the Super Bowl incident was called "a classless, crass, and deplorable stunt" by FCC Chairman Michael Powell.

"It was as if somebody had come into your church and took their clothes off while you were sitting there on Sunday morning," Powell told USA Today.

All it took was 9/16 of a second for the world to go completely mad and forever change the NFL's Super Bowl performances.

This article was originally published February 1, 2019.