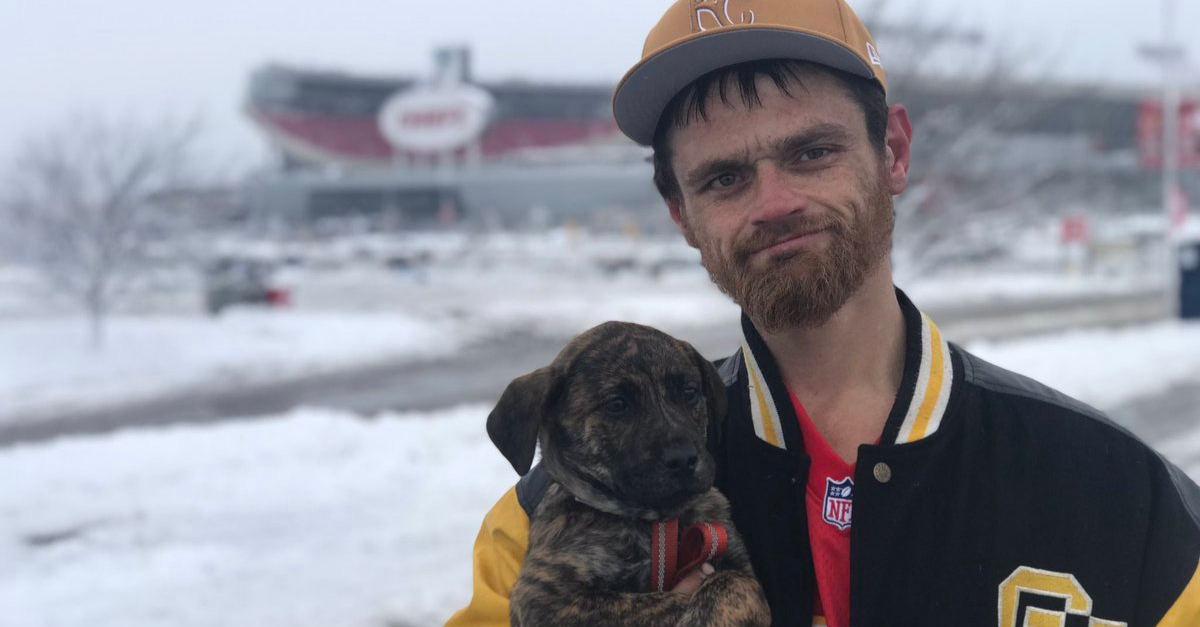 There’s an old saying that goes, “For it is in giving that we receive.” That adage couldn’t have been more true after Kansas City Chiefs offensive lineman Jeff Allen’s day started off in a rut. Following nearly a foot of snow prior to the team’s 2018 playoff game against the Indianapolis Colts, a mysterious man came to the Chiefs player’s rescue to get him back on the road and on his way. But after disappearing into the snow, the search to thank Allen’s savior began.

Thanks to the power of social media, a tweet that Jeff Allen sent out helped track down “a nice guy named Dave” who helped the NFL player get to the game. The man whose random act of kindness saved the day? He happens to live in that Black Suburban that pulled Jeff Allen’s car to safety.

Update: Despite the recent influx in people changing their name to Dave in the KC area lol, I was actually able to track down the Dave that helped me thanks to the power of social media and #ChiefsKindgom. Thanks for your kindness https://t.co/e4OkEg6AAw

The man’s name is Dave Cochran, and as reporter Steven Dial of KSHB News in Kansas City found, his story was much more than just a good samaritan in the snow. Dave is homeless and living in his car, but that didn’t stop him from helping some fellow people in need that day.

After the Chiefs defeated the Colts, 31-13, to advance to the AFC Championship game against the New England Patriots, Allen reached out to find his mysterious savior on Twitter. The Chiefs guard pledged AFC Championship tickets to the title game in Arrowhead Stadium, and thanks to the power of social media, Dave got the chance to attend a Kansas City Chiefs game for the first time.

“It?s like a dream come true,” Cochran said. “I saw the message this morning, and I am not going to fake with you, call me soft if you want to homeboys, I started bawling to know he is a man of his word and he reached out to contact me.”

A storm descended on Kansas City, Missouri that left almost a foot of snow on the ground, but that wasn’t the only storm that fell on the KC area. Dave’s random act of kindness created several pushes to help the homeless man, including a GoFundMe campaign to raise money for the biggest star of Chiefs Kingdom.

Just 24 hours after it was created, that campaign started by Justin Manford surpassed its $10,000 goal.

It doesn’t take much effort to help a stranger, and Dave Cochran proved that no matter who you are or who you’re helping, it truly is in giving that we receive.

This article was originally published January 14, 2019, but Cochran’s good deed deserves to be heard over and over again.