It's been a wild ride for Washington Commanders fans over the last few years, and we're not even talking about the 20-plus years of disappointment under Dan Snyder's ownership. During Snyder's tenure, the D.C. team has only made the playoffs on six occasions -- and each time, it failed to get beyond the divisional round. Sure, Washington has won the NFC East four times, but the team has finished with a winning record only six times since 1999, when Snyder purchased the team.

Things have been even worse for the franchise off the field, as Snyder was recently investigated over a number of different claims, ranging from creating a toxic work environment to turning a blind eye to accusations of sexual misconduct within the organization.

The NFL fined the club after an internal investigation of its own. And the House Committee on Oversight and Reform recently wrapped up its yearlong inquiry, determining that Snyder created a "culture of fear" within the organization. All of these headaches came to a head last last year, when Dan and Tanya Snyder announced that they were considering selling the team. As a Mets fan who had to endure the Fred Wilpon ownership fiasco, I can relate to the excitement and anticipation Commanders fans must be feeling while dreaming of the day when Snyder relinquishes control of their beloved franchise. 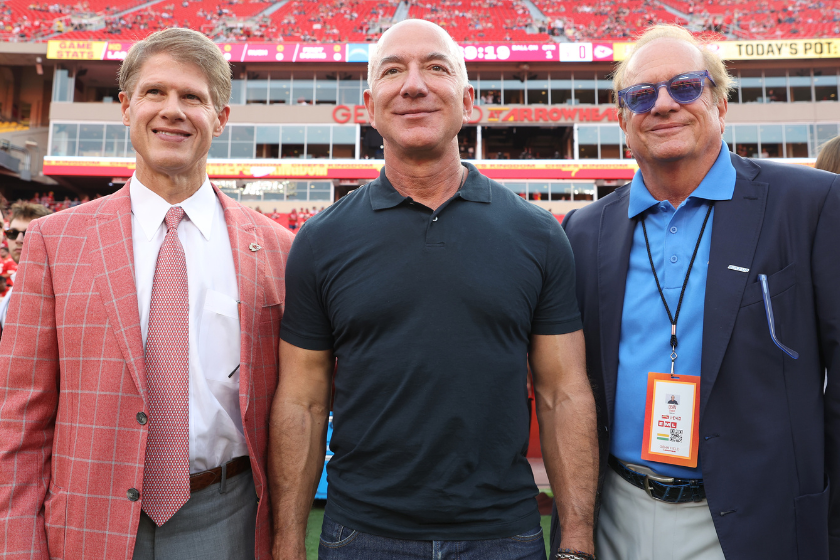 The ball got rolling in November when Washington announced that the Snyders had hired Bank of America Securities to "consider potential transactions" of the franchise, including possibly securing new ownership. When the news broke, speculation began about who could swoop in to take over from the Snyders, who only recently obtained 100% control of the franchise after buying out the remaining minority stakes in the team. If a sale does eventually come to pass, it's expected to be among the largest in NFL history.

Amazon founder Jeff Bezos expressed interest in purchasing the team last year, and he was said to be discussing joining forces with rapper Jay-Z to make an offer. Nothing definitive came of anything, but reports surfaced recently that have reignited the flames of speculation regarding Bezos. Some have said that Bezos is looking to sell the Washington Post, which he's owned since 2013, to help clear the way for a possible deal. Late Monday, however, sources close to Bezos denied those reports.

As the current NFL season winds down, the chatter surrounding the sale of the Commanders promises to heat up. Whether it happens in March (as some sources feel it may) or some other time down the road, there seemingly is a light at the end of the tunnel. Don't worry, Commanders fans -- good things come to those who wait.