We have now officially checked the box on the whole "hometown of Detroit" thing that we are obligated to do as sports writers. Now, we can get to discussing what the NFL legend and Hall of Famer has been up to since "The Bus" (which, by the way, is one of the best NFL nicknames) was parked in the garage.

The Bus actually is in pretty good shape these days. 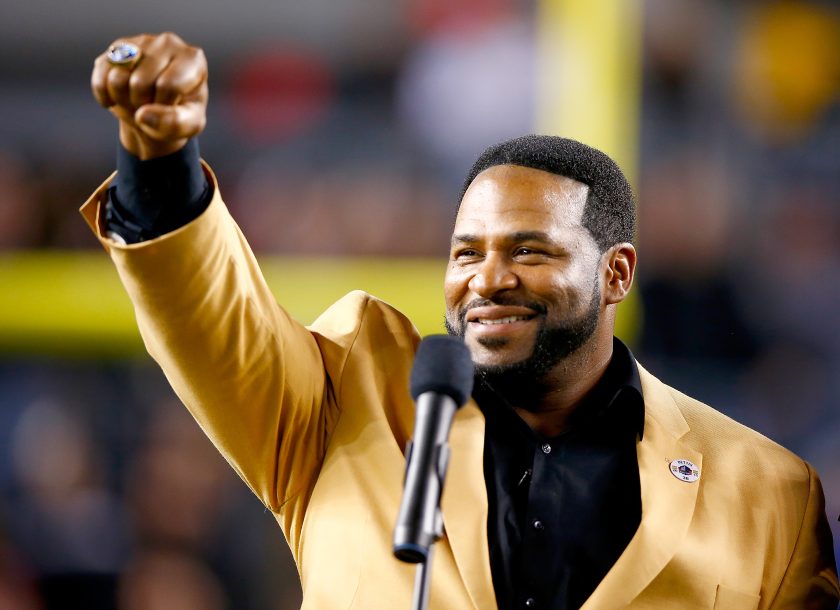 RELATED: Terry Bradshaw's Net Worth: How Rich is the "Blonde Bomber" Today?

Jerome Bettis was a star running back at MacKenzie High School in a certain city. That city is in Michigan. You'll never guess where! However, Bettis would not become a Wolverine, or even a Spartan, as he went to Notre Dame for college.

Bettis was barely used as a freshman -- you could say The Bus was kept in park -- and actually never rushed for over 1,000 yards in college, though he did rack up plenty of touchdowns.

Nevertheless, Bettis skipped his senior season of college to enter the 1993 NFL Draft. His mix of size and speed was enticing to teams, and the Los Angeles Rams were happy to make him their first round pick.

Bettis was immediately a dominant rusher, capable of running through or around linebackers with ease. 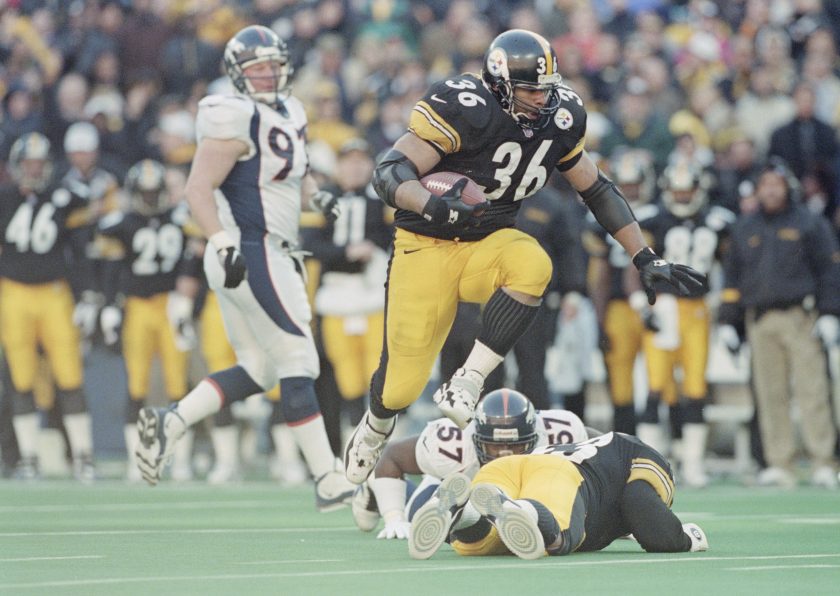 As a rookie, he rushed for 1,429 yards and led the NFL by averaging 4.9 yards per carry. He wasn't just the clear choice for Offensive Rookie of the Year, he was also the only rookie to make an All-Pro team.

Bettis made the Pro Bowl his first two seasons with the Rams, but had a down year after the team moved and became the St. Louis Rams. The Bus never got a chance to develop a taste for toasted ravioli, as he was traded to the Pittsburgh Steelers on the day of the 1996 NFL Draft.

This is where Bettis would become a true legend under head coach Bill Cowher. Bettis rushed for over 1,000 yards in each of his first six AFC seasons with the Steelers, including a personal-best 1,665 rushing yards in 1997, when he also led the NFL in carries. That's also when he made his last All-Pro team.

As time went on, Bettis' hard-charging style began to wear on him. He got fewer carries and did less with them. 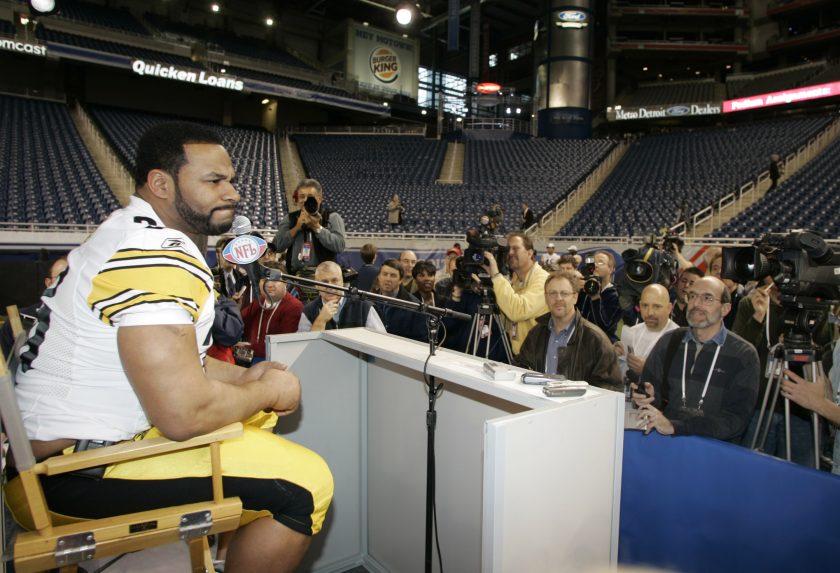 In 2004, he was a veritable touchdown vulture, only rushing for 940 yards but scoring 13 touchdowns. That year, the Steelers suffered a brutal loss in the playoffs to the Patriots. Bettis said he considered retiring, but returned for one more season at the coaxing of Ben Roethlisberger.

He only carried the ball 110 times for 368 yards that year, but the Steelers made it to Super Bowl XL to face off against the Seattle Seahawks. That game just happened to be taking place in Detroit.

While The Bus only rushed for 39 yards, he scored a touchdown, and the Steelers won. Bettis retired right after the game as a Super Bowl Champion.

Where is Jerome Bettis Now? 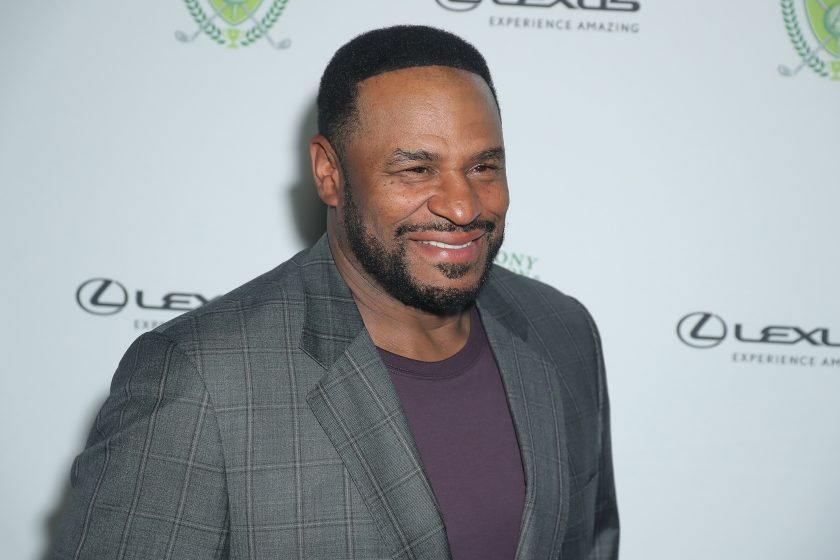 Jerome Bettis was inducted into the Pro Football Hall of Fame in 2015 -- a fitting capper to the NFL career of the former Pittsburgh Steeler.

Speaking of the Steelers, while they haven't officially retired his number, they have said no back will wear the No. 36 again.

Like many retired football players, Bettis became a studio analyst and talking head, appearing on NBC, NFL Network and ESPN. He also had his own radio show in Pittsburgh, naturally.

Bettis has also used his fame to do more than cameo in "The Office" and star in GEICO commercials. He has a charitable group called The Bus Stops Here Foundation, which does things such as run the Jerome Bettis Asthma and Sports Camp. 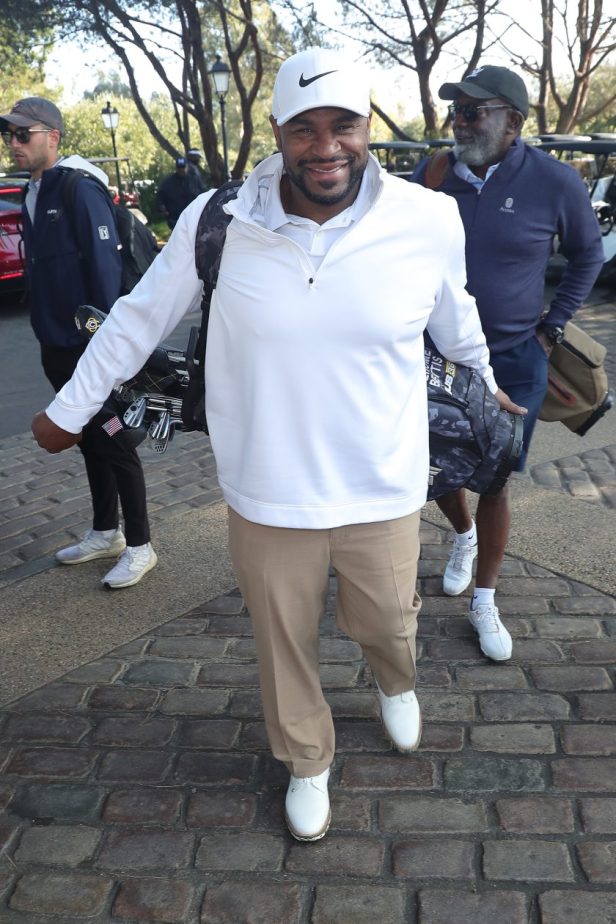 Yes, Bettis made an indelible mark on NFL history while suffering from asthma.

The Bus recently was announced as the new brand ambassador for BetRivers, an online gaming site for Rivers Casino Pittsburgh.

In 2022, the 49-year-old Bettis also re-enrolled at Notre Dame to finish up his degree

"It is so strange," he told USA Today. "Because I'm so behind the times. I mean, I'm a dinosaur in the sense of school. I don't know where anything is. I'm struggling with the technology."

Maybe Notre Dame should check and see if he has any more eligibility left.

MORE: What Happened to Michael Oher, Inspiration of 'The Blind Side''