Vince McMahon’s No. 1 target for relaunched XFL is reportedly none other than Johnny Manziel 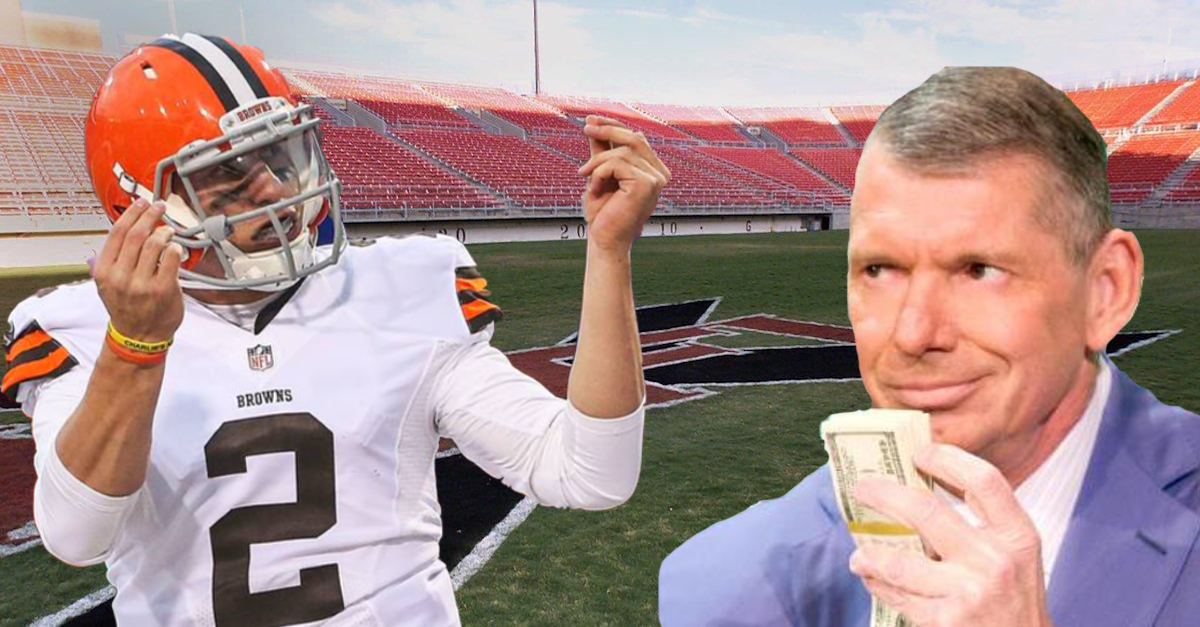 Vince McMahon is ready to relaunch the XFL, according to numerous reports, and apparently his No. 1 target is Johnny Manziel.

Vince McMahon is going to announce new football league, which will start in 2020. I was told Johnny Manziel will be a No. 1 target for new league.

Manziel is reportedly in contract negotiations with the CFL currently, but McMahon could swoop in at any moment.

An announcement on McMahon’s future in professional football is expected at 3 p.m. on Thursday.

Manziel has not played pro football since the 2015 season, as the Browns released him back in March of last year after growing concerns over Manziel?s mental health. Since that release, Manziel was indicted for assault charges, fired by his agent, and suspended by the NFL under its drug policy. Manziel?s fall comes after he became the first redshirt freshman to win the Heisman Trophy back in 2012.

In his return to football, there have been reports that McMahon could consider selling the company, as FOX is reportedly hovering with interest.

Via a report from PWInsider, WWE?s production team has been working on video packages geared towards promoting the impending return of the XFL. Moreover, that the return of the defunct league is scheduled for 2020.

Started in 2001, the XFL lasted just one season.