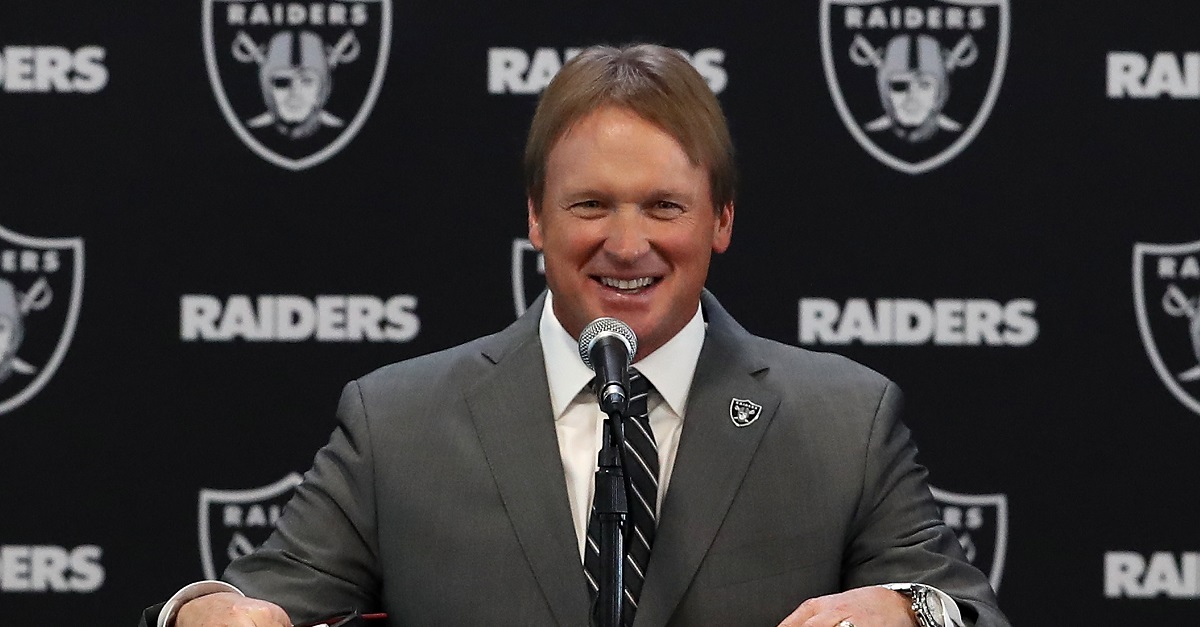 The 2019 NFL Draft hasn’t even started yet and the Oakland Raiders are already in trouble. Or should I say, they continue to be in trouble.

Head coach Jon Gruden made a several bold choices during the regular season last year, which included getting rid of his two best players in linebacker Khalil Mack and wide receiver Amari Cooper. In return, Gruden stockpiled three first round picks (two in 2019 and one in 2020) with intentions to reboot the Raiders’ franchise.

Oakland fans wanted to choke the life out the Raiders head coach after watching Mack and Cooper thrive with their new teams. Both the Chicago Bears and Dallas Cowboys made the playoffs last year mainly because of their teams’ new additions.

Now it’s time to see if Gruden?s mad scientist moves actually made any sense. If reports out of Raiders camp are any indication, things about to get wild on Thursday night.

According to the NFL Network?s Ian Rapoport, Gruden and new general manager Mike Mayock sent the Raiders’ staff members home over Easter weekend despite the fact that the draft is less than a week away. Rapoport said the pair “don’t know who to trust and wanted to clear the room.”

Say what? You?ve been on the job for over a year and you don?t know who to trust yet?

Sources: #Raiders coach Jon Gruden and GM Mike Mayock sent their scouts home for the weekend and they are not expected to return by draft time. The belief is they don’t know who to trust and wanted to clear the room.

That doesn?t bold well for a guy who at one point was considered an NFL guru before he took this position. Right now he looks like a rookie head coach making a ton of mistakes who doesn?t know what he is doing.

But still some say there is a method to his madness. Gruden maybe looking for loyalty among his staff. There are still a few leftovers from the last regime, which may have the coach concerned that not everyone is all on board with his new ideas.

However, Gruden and the Raiders better make a big splash Thursday night, or his “guru” moniker is going to come off really quickly and be replaced by NFL clown.