Ten years ago on this day, Junior Seau was found dead in his Oceanside home from a gunshot wound to his chest.

The Hall of Fame linebacker's suicide shook the football world and spurred discourse over the effects of the game on the brain and body, specifically centered around chronic traumatic encephalopathy (CTE). A study by the National Institutes of Health revealed he had degenerative brain disease at the time of his death on May 2, 2012.

In the decade since Seau's passing, a lot has changed as more research has been conducted. The NFL has updated its concussion protocol many times since its inception in 2009. Despite this, the league reportedly only spends $85 million a year on research and equipment in this department.

The 12-time Pro Bowl and six-time First-Team All-Pro player left behind a large family when he died at 43, and his four children continue to make him proud while honoring him. 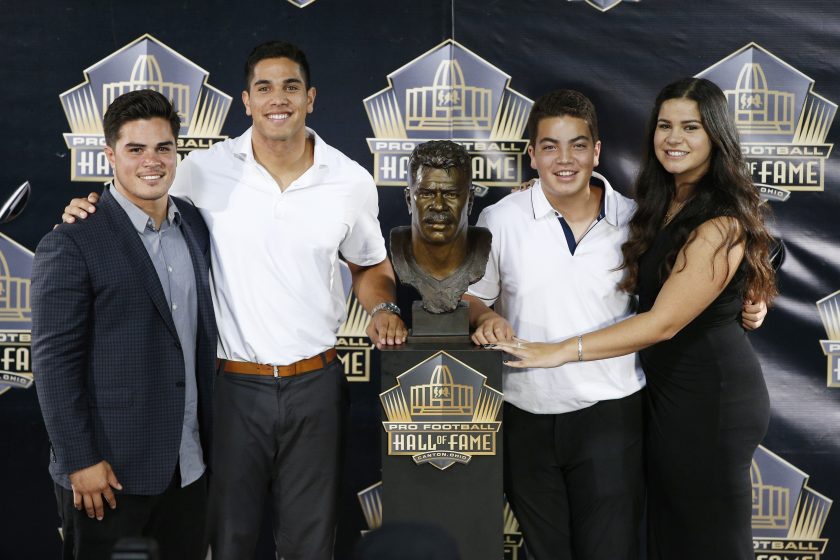 RELATED: 15 Athletes Who Died Before Their Pro Careers Ended

Junior Seau had four beautiful children over the course of his NFL career with the San Diego Chargers, Miami Dolphins and New England Patriots.

He had the oldest, Tyler Seau, with Melissa Waldrop, though the two of them broke up when Tyler was 13 months old.

In 1991, he married Gina Deboer and had three children with her: Sydney Seau, Jake Seau and Hunter Seau. The pair divorced in 2002, 10 years before his death.

Let's take a look at what each of his children are doing today.

Tyler Seau Got Married in 2021 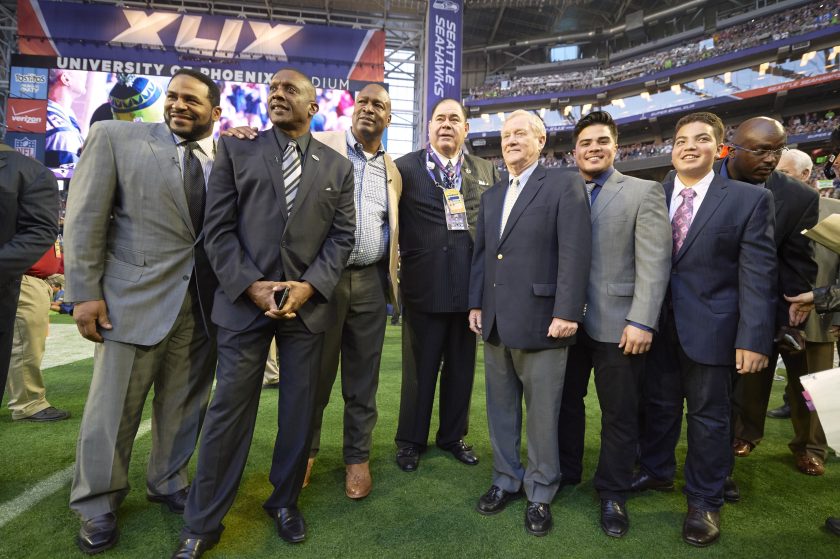 Tyler Seau played college football like his dad, though not at USC. He was a linebacker at Delta State University as recently as 2010, when he played all 14 games for the Fighting Okra.

In 2015, he and his siblings unveiled their father's bust when he was enshrined in Canton, Ohio at the Pro Football Hall of Fame. A few years later in 2018, the family settled a wrongful death lawsuit against the NFL over their father's suicide for an undisclosed amount.

Tyler married his longtime girlfriend, Heather Martinez, in 2021. The two met in high school and were both athletes at Delta State. The two have been parents for quite some time, though, as they gave birth to daughter Kale'a in 2011, shortly before Junior's death. 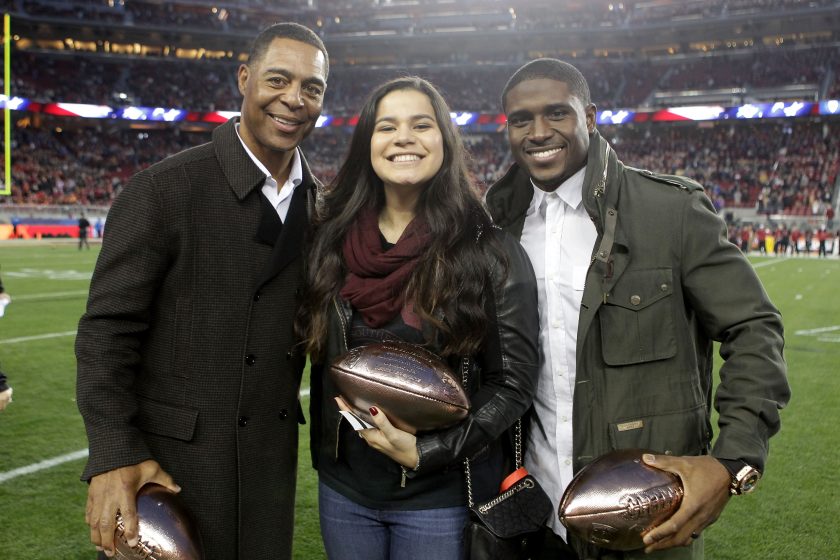 Junior's daughter Sydney starred on the court and then found herself working in sports.

She played beach volleyball at her dad's alma mater, the University of Southern California, in 2013. It's unclear if she only played one year, however.

Sydney told PBS that she was very close to her father, and she watched him change the last two years before his death.

"I would have to say the past two years have been the roughest. I've always had to -- and I wouldn't say put in a lot of effort to see him, but I would always be the one to call him or text him. And over the years he's always been the first to get me flowers for Valentine's Day or send me a text, like, 'Syd, I love you,' and everything like that.

"And for a couple of months at a time, I wouldn't hear from him at all. And that would scare me, because obviously, what else are you doing? If you aren't talking to me, who are you talking to, because I know I'm one of your first contacts."

Now, she works for The Walt Disney Company, specifically ESPN, as a multi-platform marketing associate manager, according to her LinkedIn profile.

On Monday for the 10-year anniversary of her father's passing, she posted an emotional tribute video.

"10 years later and a lot has changed but our love for you has stayed the same. Forever and always, love you dad," she wrote on Instagram. 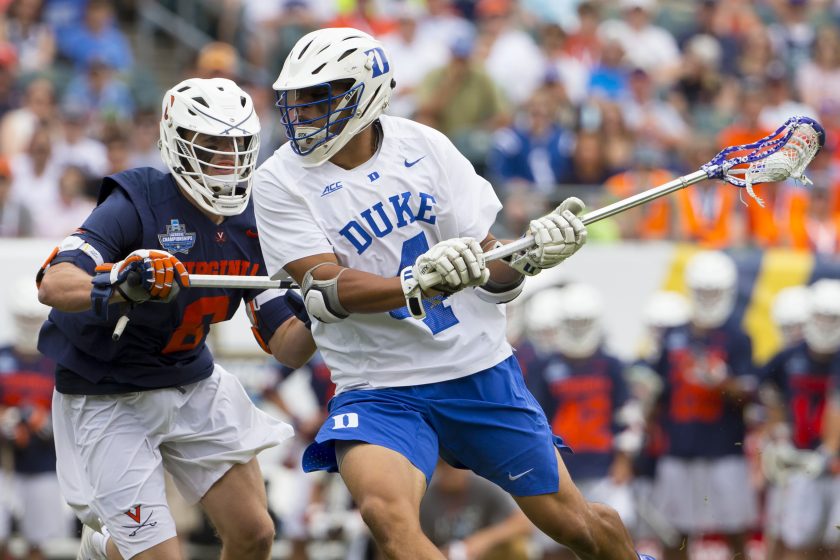 Jake Seau was a star lacrosse player at Duke from 2015-19. He tallied 23 goals and 13 assists in 53 career games despite battling injuries during his career.

Jake got his master's degree from Duke and now works as a project estimator at Evans General Contractors outside Atlanta, Georgia, according to his LinkedIn. 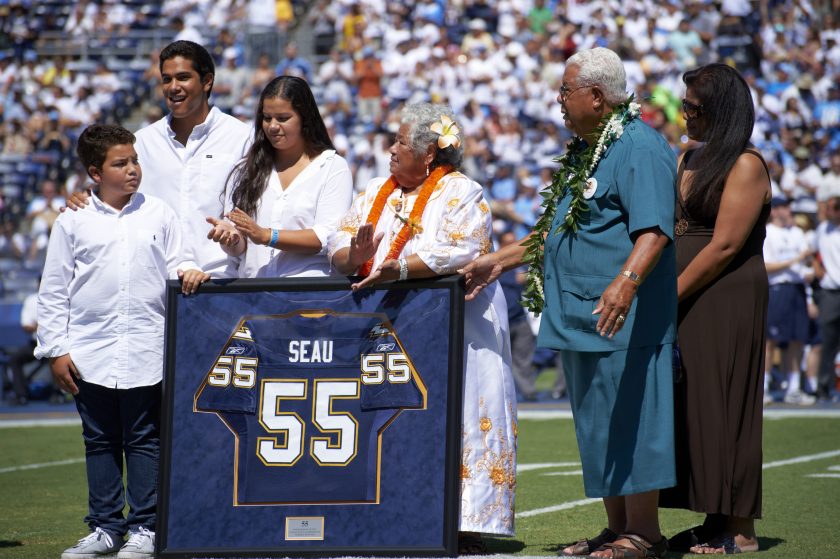 Hunter is the youngest of Junior's children, and he was one of the last people Junior talked to before his death.

According to a USA Today article via the NFL, the 11-year-old Hunter woke up at 3 a.m. to take the dog outside when he found his dad staring at a TV that wasn't on. Hunter asked his dad if he was OK, to which he said, "Yes, son. I'm fine."

Hunter is currently a student at the University of San Diego, according to his Instagram.

The Seau Family will never be the same after the death of Junior Seau, but it's good to see that his kids are doing well 10 years after that tragic day.