With 4 minutes, 22 seconds left in the first quarter of the 2013 BCS National Championship Game -- and the Alabama Crimson Tide out to a quick two-touchdown lead over the Notre Dame Fighting Irish -- the sports world was officially introduced to former Miss Alabama USA Katherine Webb.

Little did she know that she was even on camera or that the moment would actually change her life forever.

At the time, Webb was a student at Auburn University and had already been crowned Miss Alabama USA in 2012. For this story, and for her career, perhaps her best title back then was being Alabama quarterback A.J. McCarron's girlfriend.

So when ESPN cameras found her, Webb instantly became the "lovely lady" everyone wanted to find out about.

ESPN announcer Brent Musburger and color analyst Kirk Herbstreit sure had some nice things to say. The rest of America did, too.

Although she was shown throughout the game, the first glimpse, and the dialogue between Musburger and Herbstreit, is what most people remember.

Musburger: "Wow, I'm telling you. You quarterbacks. You get all of the good-looking women. What a beautiful woman...Whoa!"

Herbstreit: "Wow. A.J.'s doing some things right down in Tuscaloosa."

Musburger: "So if you're a youngster at Alabama, start getting the football out and throwing it around in the backyard with pop."

Needless to say, Alabama gained a few fans that night. So did Katherine Webb. 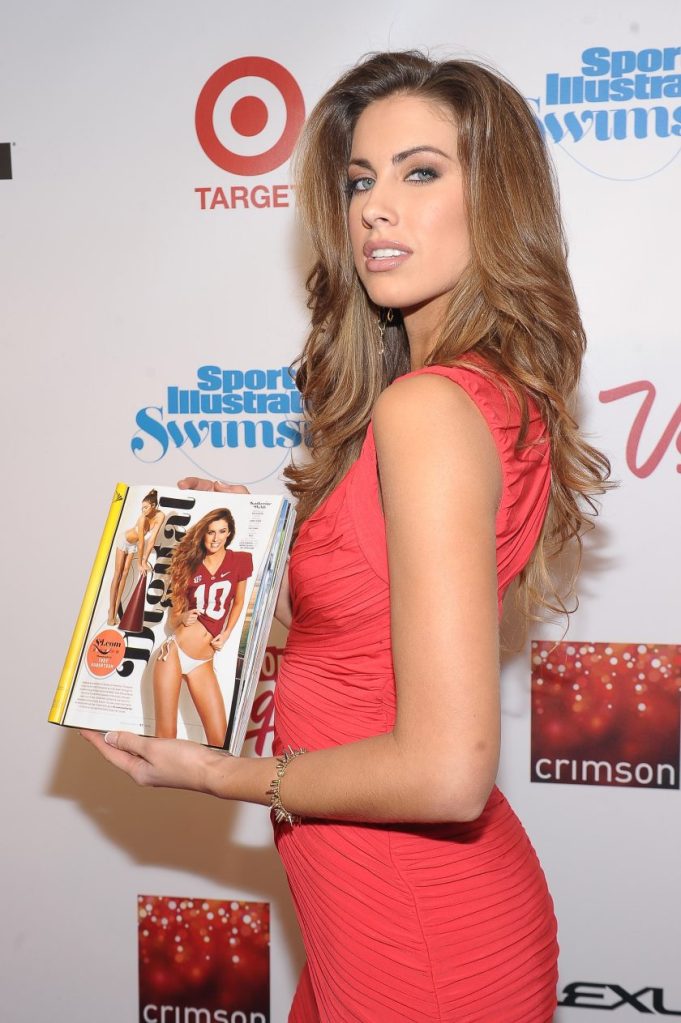 In a matter of hours, Katherine Webb became a celebrity. Her Twitter account went from 2,000 followers to more than 160,000. "A.J. McCarron girlfriend" began trending and was searched over one million times on Google. She also received several job offers.

Donald Trump offered her a job to be a Miss USA judge, given her experience as a contestant for Miss Alabama and Miss Georgia when she was in high school.

"It was just crazy," she told Carson Daly, per CBS. "I was just totally flattered, yet just really kind of shocked."

She covered Super Bowl XLVII for Inside Edition, was a contestant on ABC's "Splash" and became a bikini model in the 2013 Sports Illustrated Swimsuit Issue. Webb also starred in a very risqué Carl's Jr. commercial. She had hit the big time.

Katherine Webb Had 3 Boys With AJ 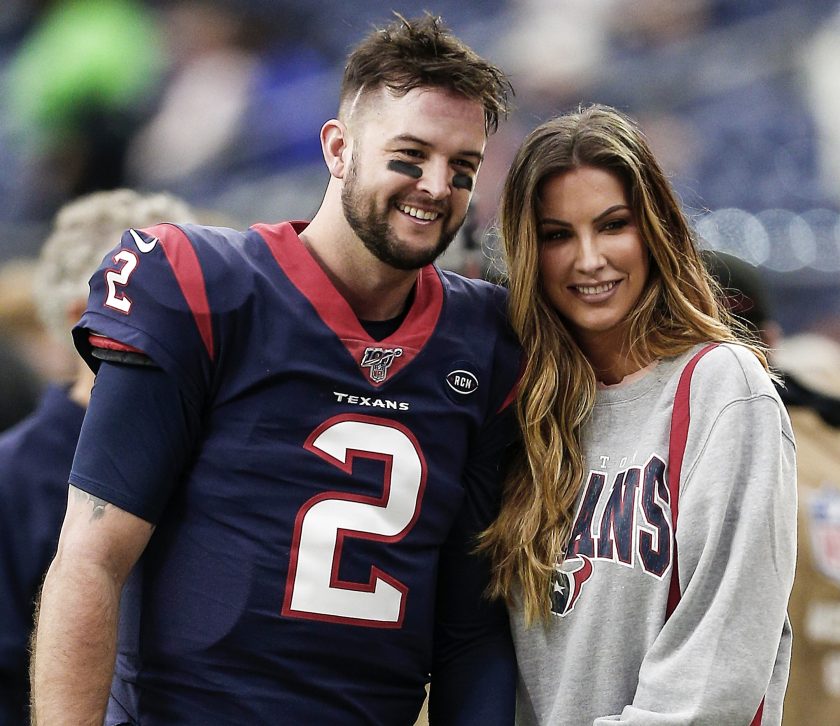 Katherine Webb-McCarron and her husband A.J. McCarron got engaged in 2014 and tied the knot a couple of months later in Alabama.

Their personal life isn't fully known, but the former Miss Alabama winner admits she traded Hollywood for the family lifestyle.

The couple first welcomed two boys: Tripp and Cash Carter. Then, during the coronavirus pandemic and COVID-19 outbreak, the NFL quarterback and former beauty queen announced they were expecting their third child.

In April 2021, Webb-McCarron announced the birth of their new baby boy, Gunnar Cruz McCarron, on Instagram.

The happy couple's love just keeps getting better, and their family continues to grow.

McCarron, who was a fifth-round pick in the 2014 NFL Draft, last played in the NFL for the Atlanta Falcons in 2021. He's also been on the rosters of the Cincinnati Bengals, Buffalo Bills, Oakland Raiders and Houston Texans. He was drafted by the St. Louis BattleHawks of the XFL, where he currently plays.

How long until Gunnar, Trip or Cash Carter sign their letters of intents to play football at Alabama? I'm sure Nick Saban has already looked into it.