Distractions; they can derail a player or entire team's success. There isn't a shortage of potential distractions or scandals in sports, no matter how hard franchises across all leagues attempt to dodge them, and this year has already had a doozy of distractions within the NFL. The Baltimore Ravens and their flock have found themselves with a surprising distraction tied to their star quarterback, Lamar Jackson.

The former Heisman Trophy winner and 2020 NFL MVP has yet to reach an agreement on his contract extension, which has led to relentless chatter within the league, as the storyline continues to chase the franchise. Jackson reportedly turned down a five-year offer worth $250 million with $133 million fully guaranteed from Baltimore.

Jackson Doesn't Want to Talk About It, But We Do 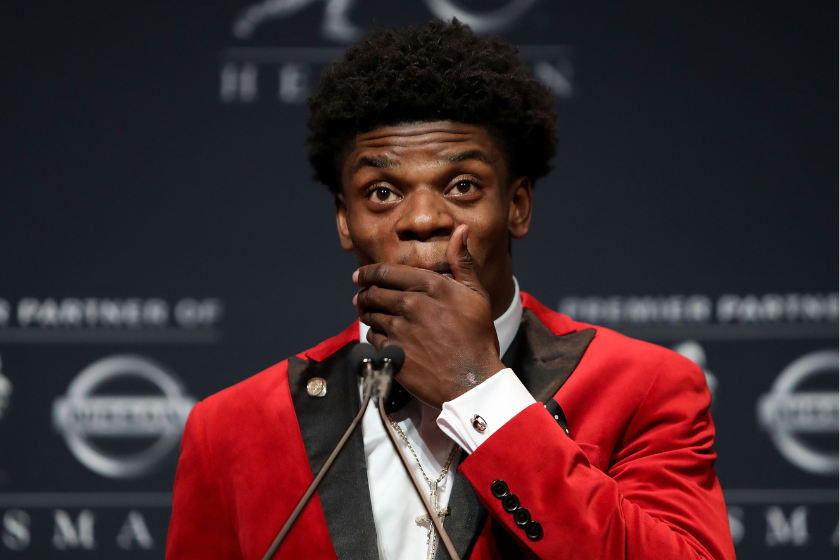 The media, of course, continued pressing Jackson on the matter until No. 8 shut down further discussions on his stalled negotiations, because he wanted to focus on football.

It has begun to feel a wee bit like the Ravens quarterback is enjoying trolling the press. He knows the interest in his future with Baltimore and knows the media just can't help themselves. According to Jamison Hensley, "Jackson came to the media session with a bag of popcorn, saying he would pass it out for good questions. It became clear early that, from the line of questioning, Jackson wasn't going to hand out much of his snack."

Trust me, we've got our popcorn ready too, Lamar. This season is guaranteed to be better than any unscripted reality season. I feel like former NFL quarterback Jesse Palmer is going to pop up at any moment to say, "This is our most dramatic season ever."

Teams Dreaming of an Opportunity to Add Jackson 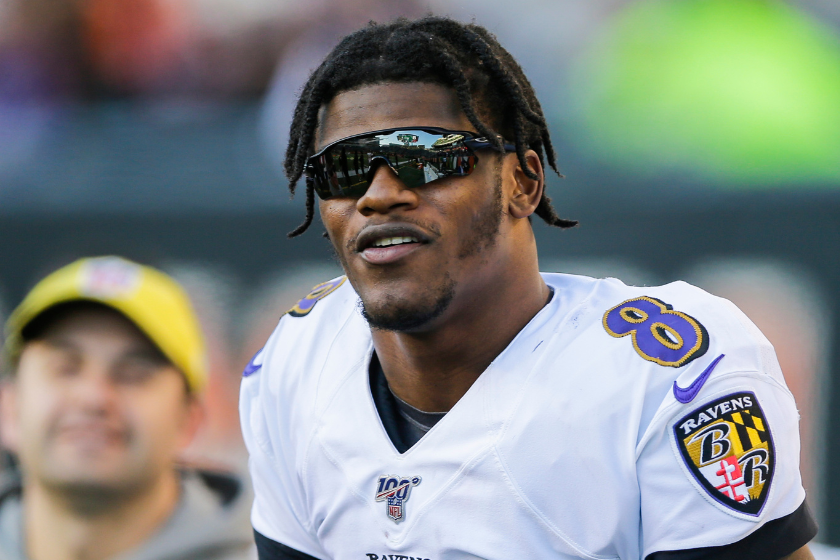 This is something everyone within the Ravens organization would love to do, focus on winning football games, but it would be impossible to not allow the uncertainty of Jackson's future with the flock to creep in. Heading into Week 2 against a new and improved offense in Miami the rumors were continuing to swirl. Could Jackson leave Baltimore for the sunshine and fastest WR core in the NFL down in Florida? Can you imagine the offensive weapons spread out pulling defensive focus (because you can't leave Hill and Waddle open - the Ravens learned this the hard way), leaving an open lane for Jackson to showcase his dangerous ability to cradle the ball and run? The Ravens quarterback grew up in Florida after all and the Dolphins clearly have no issue coughing up the big bucks for the right talent. For days leading up to the Week 2 matchup speculation over the Dolphins desire for Lamar Jackson was bubbling, despite having an impressive arm in Tua Tagovailoa, who threw six touchdowns against Baltimore for the win. When a talent like Jackson doesn't have a contract in place moving forward, speculation is going to run rampant, it's in our nature as fans and talking heads to entertain all the options.

So we shouldn't be surprised that as the Ravens prepare to go into Gillette Stadium and face Belichick's Patriots in Week 3 the chatter is now, 'Belichick wants Jackson in New England.' Get used to it, I anticipate this trend to continue throughout the season. Somehow the Patriots Coach briefly mentioning Jackson's contract during a presser has now stirred the pot about Belichick's desire to have the Ravens quarterback join him.

"Without a doubt," said Belichick at a recent media conference, when asked if Jackson answered questions on his ability to play from the pocket. "It's the type of the player, the MVP type of candidate. I think he's more than answered them. But, we'll see what his contract is, that will answer them."

Belichick is a calculated man, who choses his words and actions with the utmost intent. It's understandable that fans would be interpreting the New England legend's decision to mention Jackson's contract negotiation woes as a signal of his interest.

Fandoms love to fantasize about getting their favorite player or NFL heavyweight on their team. It's fun to imagine what could happen if you added x player to the equation - and with a gunslinger like Lamar, who has the gutsy legs to match, you can't blame teams for all the, 'We're going to get Jackson' pipe dreams.

Should Ravens Still Feel Confident Despite the Stalled Negotiations? 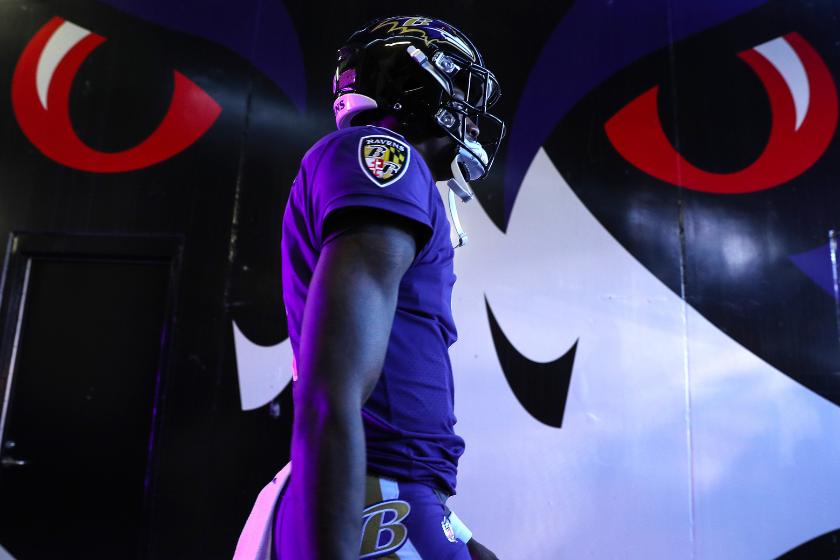 It should comfort the flock to know that the Ravens front office and coaching team don't seem too concerned about Jackson's future in Baltimore. According to ESPN reporting, the Baltimore coach isn't worried. "I'm confident that'll happen when it's time," Ravens coach John Harbaugh said after practice preparing for Week 1. "Lamar is going to be playing quarterback here for a long time. He and I talked about it yesterday like, 'Hey man, let's go be our best and go focus on football.' And that's what he's been doing all along. So I know nothing will change with that and we're just focused on Sunday."

As the weeks roll on and Jackson continues to showcase his value to not only the Ravens, but the entire league. The Baltimore quarterback is representing himself in the negotiations and is now risking guaranteed money by not finalizing his extension. It's clear Jackson is betting on himself and knows his worth, but that doesn't mean he can navigate the complexities of a contract negotiation on his own. It's still viewed, by many, as a risk to negotiate on your own. A trend that is becoming more commonplace, despite very few players actively representing their own interests.

In a New York Times piece on the uptick of players choosing themselves when it comes to negotiations, offensive lineman Russell Okung, who also represented himself, said this, "The agents have told the whole world that the players can't do anything without them. By Lamar going out on his own, it's scary to the agent world. If he figures it out, others will too." Players sadly are used to being taken advantage of in the league and Jackson is attempting to break a cycle long upheld by the NFL "He's also a Black quarterback and people are used to labor looking a certain way," Okung added. "He's pushing up against a myriad of narratives all at once."

Only time will tell if Jackson's decision to go it alone, with the support of family and advisors, will garner the quarterback a large deal like his peers. But the Ravens organization knows the value he adds to their team and while Jackson has yet to lead Baltimore far into the postseason. He has a 1-3 record in the playoffs. This fact may throw a wrench in the star's negotiations. While his talent can't be denied, he has yet to prove he can lead a team to the Super Bowl, and in a league with the likes of Stafford, Mahomes, Burrow, Allen and still Brady (when will this guy stop?), that fact matters. Will the success of this season play a major factor in Jackson's contract? Could Lamar's gamble to hold out and prove his value actually end up hurting him if the Ravens don't go farther in the playoffs? With so much uncertainty and gossip swirling can the team stay focused enough to deliver?

Distractions Could Derail the Season 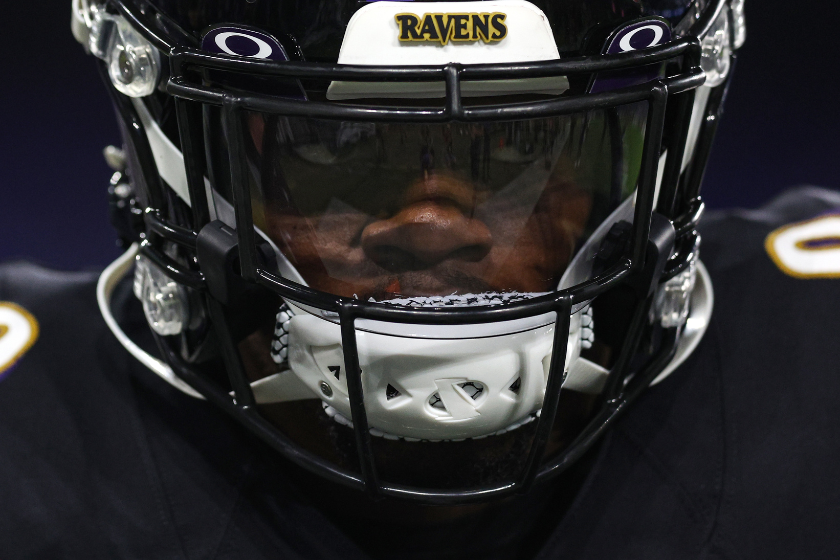 Heading into Week 3 we may have more questions than answers about this Ravens team and the future of Lamar Jackson in Baltimore, but one thing is certain, the chatter surrounding Jackson's future is not going to end. Every week there'll be new rumors about who is interested in the quarterback and where the former MVP might be eyeing. These distractions have a history of causing teams in every league problems with pulling focus. It's why the goal is to secure a deal before the season starts, uncertainty can lead to miscommunications, lack of focus and an issue of trust within the locker room.

However, the Ravens QB Coach James Urban told the media he's not worried about Jackson's ability to stay focused amid all the speculation and chatter. When asked if the quarterback is affected or distracted he replied, "No, we've always had this mentality when we come to this building, when you walk through the doors of 'The Castle' here in this beautiful facility, we go to work. So, when we walk out onto the field, it's time to work. We don't worry about the outside distractions. He is a master of that. He is tremendously good at focusing on the task at hand. So, when we're in meetings, that's the task. Or when we're on the field, that's the task."

If I were a betting woman, I'd wager a hefty sum that we'll be talking about Jackson, the Ravens and the future they may or may not share for the remainder of the season. There will be no short supply of theories, gossip and analysis of Lamar Jackson's decision to turn down the Ravens ample offer. So grab your popcorn, set your google notifications and enjoy the ride. The future of Lamar Jackson and where he'll be playing in 2023 may be unknown, but his talent isn't, and we'll all relish the performances that lie ahead. May the distractions swirling unite a team in limbo and give the fans electric football highlights.

MORE: Prime Video Can Charge Whatever for Thursday Night Football, Because NFL Fans are Willing to Pay