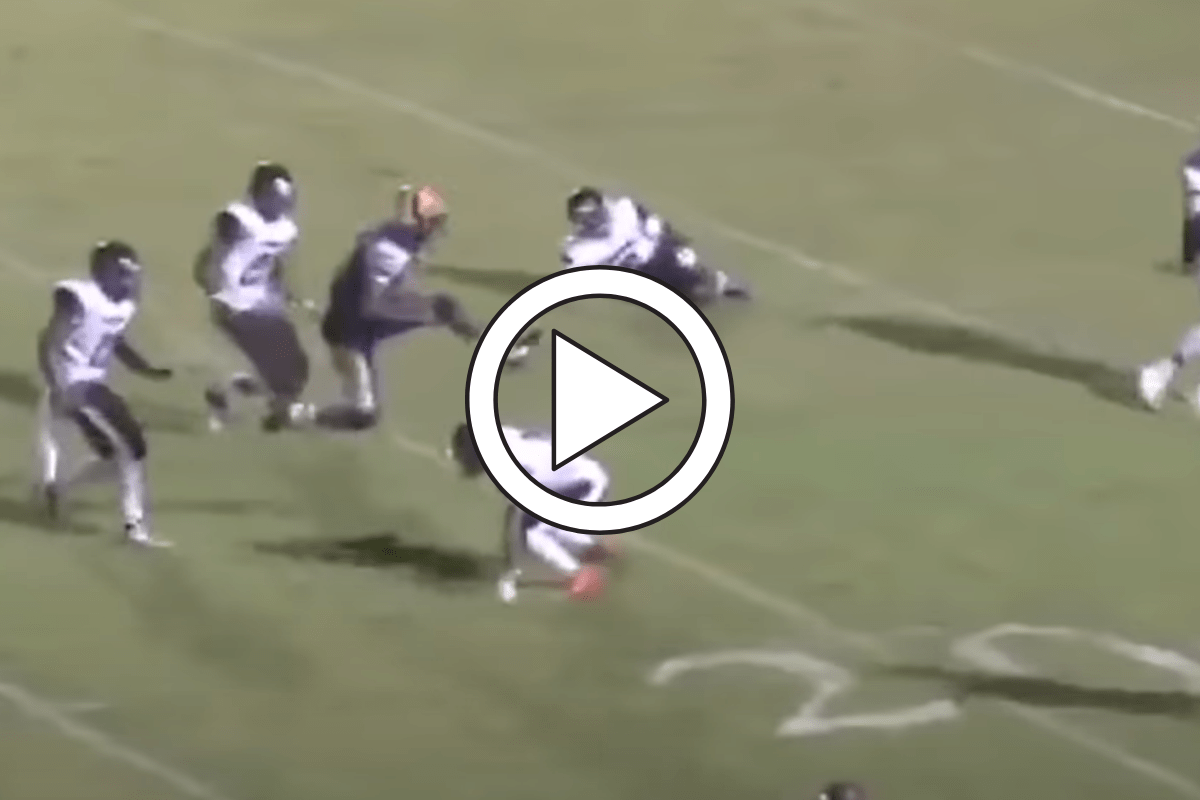 Lamar Jackson is a cheat code. The Baltimore Ravens quarterback has excelled at every level thus far and is an unstoppable end zone threat whenever the ball is in his hands.

Jackson has thrived in both the NCAA and the NFL, but his high school highlights are arguably his most impressive.

Lamar Jackson’s style in high school is largely similar to what you see on Sunday afternoons these days.

Playing at Boynton Beach High School in Florida, he dodged tacklers and made athletic cuts to avoid contact regularly.

This video, posted by MaxPreps, truly shows the difference between the amateur and professional levels. Jackson will occasionally struggle in the NFL, but he showed no signs of distress in his entire high school football career.

In his last two seasons at Boynton Beach, Jackson totaled 31 passing touchdowns and 22 rushing touchdowns. He was ranked as a four-star recruit and had plenty of offers to choose from.

In the end, Jackson decided to play his college football for the Louisville Cardinals.

To say Lamar Jackson was a true dual-threat QB at Louisville is putting it lightly.

He ran rampant in the ACC. The Cards could never quite catch Clemson, but they were good enough to throttle teams like Florida State and Syracuse.

He was similarly dazzling the next year and left Louisville after 2017. He was ready for the NFL.

Lamar Jackson in the NFL

Scouts were seemingly concerned about Jackson being no more than a “running back” in the pros, but he has put all doubters to shame. The Baltimore Ravens selected the QB in the first round of the 2018 NFL Draft and haven’t looked back.

Since taking over for Joe Flacco, Jackson has won an NFL MVP and reached the playoffs three-straight seasons. Together with Patrick Mahomes of the Kansas City Chiefs and Deshaun Watson of the Houston Texans (for now), the AFC has shaped up to be an incredibly competitive conference.

Jackson is nearly a complete football player and is the closest thing to Michael Vick since the man himself dominated nearly 20 years ago.

Jackson will occasionally have fumble issues but has worked on that in consecutive offseasons to address the problem. The only thing left is a Super Bowl title.