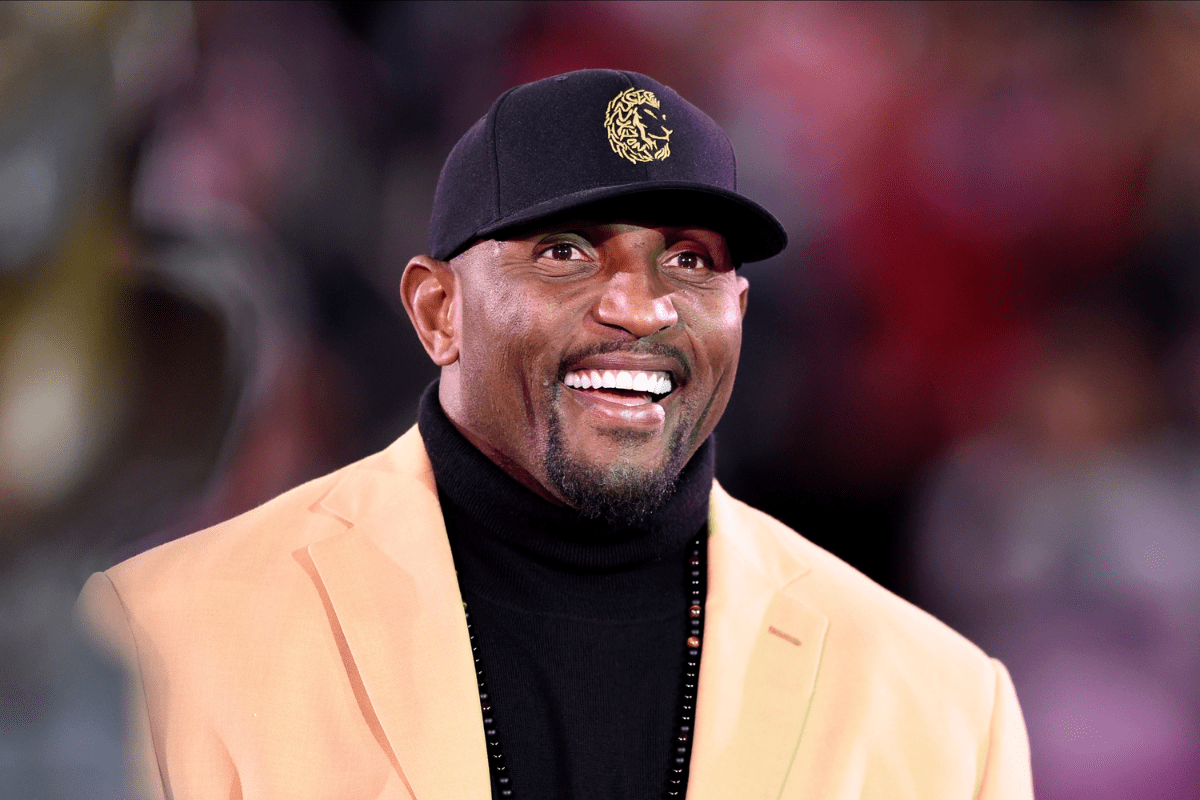 Former Baltimore Ravens linebacker Ray Lewis was one of the most dominant NFL players of his era, making 13 Pro Bowl appearances and winning two Defensive Player of the Year awards.

Lewis enjoyed a 17-year professional career, all of which were spent with the Ravens, and the star middle linebacker amassed a fortune from his time on the gridiron.

RELATED: Where Did the Ray Lewis “Squirrel Dance” Come From?

Raymond Anthony Lewis Jr. was born and raised in Bartow, Florida, and attended Kathleen High School, where he was an All-American football linebacker. His brother, Keon Lattimore, was also a star football player who attended the University of Maryland.

Lewis’ father, Elbert Ray Jackson wasn’t around for most of his upbringing, and he was raised by his mother, Sunseria.

After high school Lewis attended the University of Miami where he would play three seasons on the program’s football team. Lewis made the All-Freshman team as a member of the Miami Hurricanes and was a runner-up for the Dick Butkus award as a junior.

He opted to forgo his senior season and declare for the 1996 NFL Draft.

The Ravens drafted Lewis in the first round of the 1996 NFL Draft (26th overall). Lewis made his first of 13 Pro Bowls in 1997 after leading the league with 184 tackles. In 1999, Lewis earned his first of seven First-Team All-Pro selections.

The Ravens frequently boasted one of the deadliest defenses in the league throughout Lewis’ tenure, but didn’t make it back to the Super Bowl until 2012, when Lewis was 37, despite making the playoffs in eight seasons throughout that span.

Lewis retired following the 2012 campaign, going out on a high after winning his second championship. The legendary linebacker was inducted into the Pro Football Hall of Fame in 2018.

Lewis was previously in relationships with Kimberly Arnold and Sharnika Kelly, the latter of which he was involved in a lengthy dispute over how much he should pay in child support. Lewis had a longtime girlfriend, Tatyana McCall, who mothered three of his six children.

The two-time Defensive Player of the Year has been involved with various charities throughout his life, and started his own non-profit, the Ray Lewis 52 Foundation.

According to Celebrity Net Worth, Ray Lewis boasts an estimated net worth of $35 million. He reportedly secured over $95 million in career earnings in the National Football League.

His largest contract saw him earn an average annual salary of $7 million per season.

MORE: Bob Marley’s Son Played Linebacker Next to Ray Lewis. Where Is He Now?