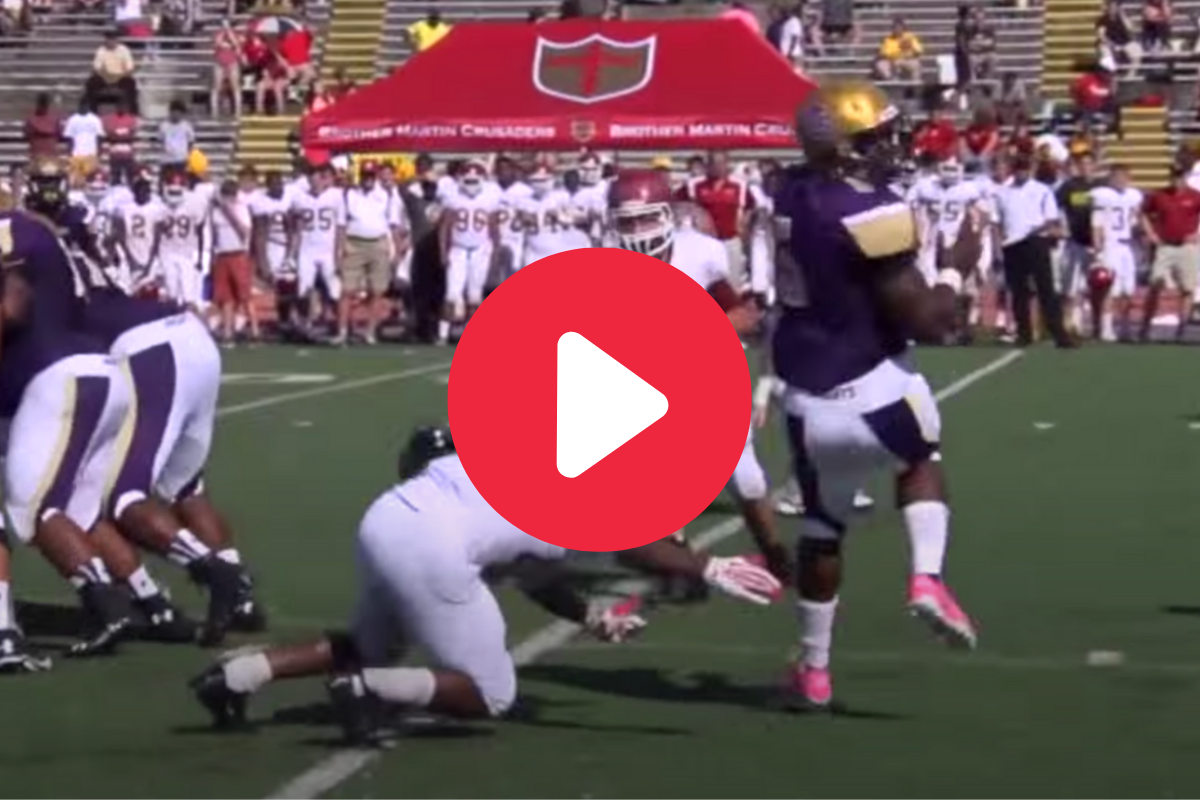 Before his time as a great college football player and high NFL Draft pick, Leonard Fournette was one of the best high school football players in the country.

At 6-foot-1 and 230 pounds, he was impossible to stop and was an incredibly effective weapon at running back.

Fournette played for St. Augustine High School in New Orleans, Louisiana. It is easy to see why his praise was justified in this video. He made an impression early, with multiple rushing touchdowns in his first start against John Curtis Christian.

His final stats were unfathomably exceptional; in his three years on the varsity football team, he generated 5,036 rushing yards and scored 63 touchdowns on the ground. He also added nine receiving TDs to his line.

His first head coach, David Johnson, knew Fournette was the best player on the field and fed him the majority of the touches for the Purple Knights. In his junior year, he was on the All-Louisiana First Team.

After his senior season, he was named the MaxPreps Player of the Year and was selected to the Under Armour All-America and All-USA Today teams.

There was a reason ESPN named him the No. 1 recruit in the class of 2014. The Louisiana native would not have to travel far to play in the NCAA. He chose to sign in Baton Rouge and play for the LSU Tigers.

The hype from NOLA had made its way to Baton Rouge, and Fournette arrived with hefty expectations.

He delivered on his promises, running for over 1,000 yards in his freshman and sophomore seasons. He earned All-American team honors following his performance in his second year.

Though he hoped to build a case for the Heisman Trophy in 2016, he suffered through injuries and only played in seven games. At the end of the year, Fournette decided he did not want to be a four-year player and instead declared for the NFL Draft.

Leonard Fournette in the NFL

"The best game Leonard @_fournette has ever had in the NFL." 👏@BaldyNFL breaks down his career-high 225 yard day.@Jaguars | #DUUUVAL pic.twitter.com/E5OiD4ov8P

Following a great showing at the scouting combine and high praise from outlets like CBS Sports, Fournette was taken by the Jacksonville Jaguars with the fourth-overall pick.

In his debut against the Houston Texans, he had 100 rushing yards and a touchdown. Though he had over 1,000 yards twice in three seasons and performed well in the AFC playoffs, Fournette and the Jags were never the best fit.

In the 2020 preseason, the team released him, and he signed with the Tampa Bay Buccaneers to play with former New England Patriots quarterback Tom Brady.

Running backs are volatile and do not always live up to the hype in the NFL. Leonard Fournette has tried his best to meet his lofty expectations.

He may not be the explosive and dominant player he was in high school in Louisiana, but he has carved out a role for himself on a contending team, even if it is not the one he expected to have.