Lamar Jackson and The History of “The Madden Curse” 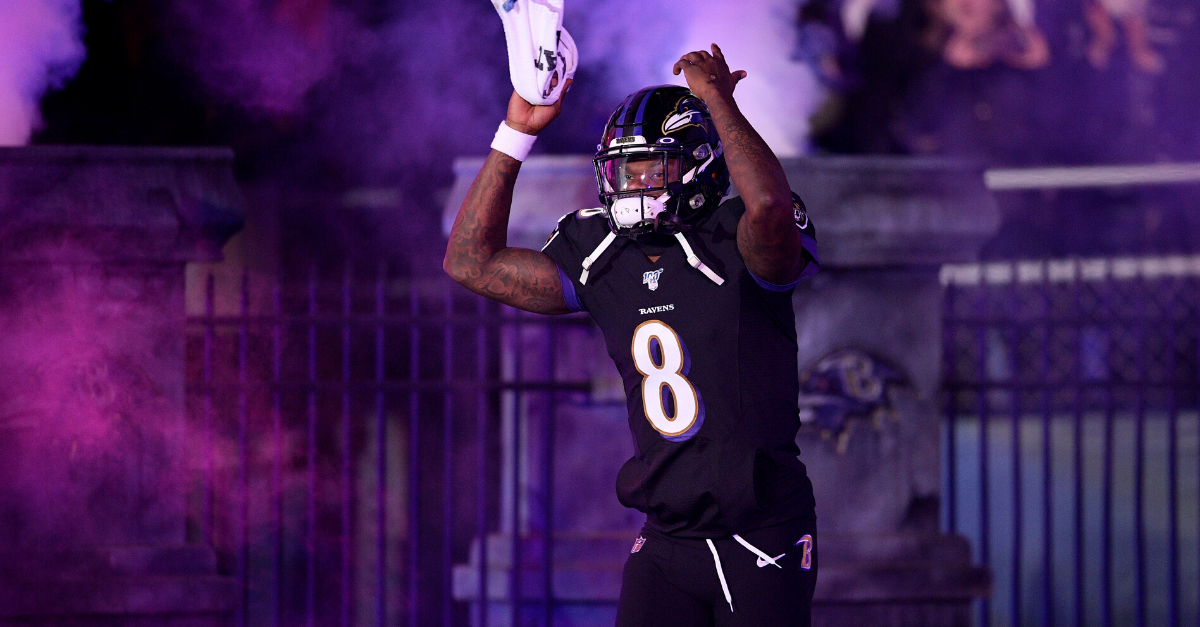 We all might be trapped inside during the coronavirus pandemic, but you’re kidding yourself if you think that meant the annual tradition of announcing the Madden cover athlete would be canceled.

Ahead of Madden 20’s release last year, there was only one choice for the cover: Kansas City Chiefs quarterback Patrick Mahomes. The big-armed gunslinger threw for over 5,000 yards and 50 touchdowns in an MVP season the year prior, which began his ascension to the NFL’s mountaintop.

Prior to the 2020 NFL season, there was only one choice yet again.

Reigning NFL MVP and Baltimore Ravens quarterback Lamar Jackson announced that he’d be the cover athlete when Madden 21 is released. Last year, the Heisman Trophy winner at Louisville led the NFL with 36 passing touchdowns, finished third in passer rating, and broke Michael Vick’s single-season record for rushing yards by a QB ? his 1,206 rushing yards were sixth-most in the NFL, regardless of position.

Needless to say, Baltimore is already the clubhouse leader for the “Hell-No-You-Can’t-Play-With-Them” team in this year’s Madden NFL video game.

"It's a dream come true." @Lj_era8 on Madden cover: pic.twitter.com/FtNibi7xt4

“It’s always been a dream of mine. Since I was a little kid, since I first started playing Madden, it’s dope! I’ve had every Madden, so for me to be on the front of it, that’s a dream come true. That’s an accomplishment for the kids around here where I’m from, stuff like that.”

And while you’re here, we’re going to dispel this rumor right now: The “Madden Curse” is officially dead.

What Is The Madden Curse?

Lamar Jackson is only worried about one "curse" when it comes to gracing the cover of Madden NFL 21 … pic.twitter.com/4ULgHq5Yfx

Back in 1999, Detroit Lions running back Barry Sanders was named the cover athlete for Madden 2000. However, Sanders’ abrupt and sudden retirement led to EA Sports using John Madden as the main cover, with Sanders in the background. (The European version even had Dorsey Levens on the cover.)

From that point, the “Madden Curse” raged out of control.

Madden 06: Donovan McNabb played in just nine games and only made one Pro Bowl in final seven seasons.

Madden 07: Shaun Alexander rushed for 896 yards and was out of football two years later.

You get the idea.

Over the years, any waver in ability on the field correlated directly to the cover of Madden. But in 2011, Cleveland Browns running back Peyton Hillis ? he’s considered the strangest pick of any cover athlete in history ? bumbled his way to just 587 rushing yards and three touchdowns.

It was the last time I’d consider the Madden Curse to have any relevancy, and all you need to see is the last few Madden covers to prove it.

“I’m not worried about the curse,” Jackson said. “Patrick Mahomes was on the front, he won the MVP. So I would want that curse. I hope that’s the curse.”

The Madden Curse is dead, and Lamar Jackson is going to be virtually unstoppable when the game officially releases later this year.