More than a decade ago, "The Blind Side" tugged at our heartstrings. It shook tears from our eyes, pulled laughs from our bellies and made us fall in love with football -- but more importantly a family.

The 2009 movie based on Michael Lewis' 2006 book "The Blind Side: Evolution of a Game" centered around the Tuohy family, who adopted a homeless and talented yet raw football player named Michael Oher. The inspirational true story about the All-American offensive lineman and NFL first-round draft pick was played by an incredible cast and grossed more than $300 million.

There's no doubt the star of that cast was Sandra Bullock. She played the role of Leigh Anne Tuohy and nailed her depiction. She went on to win an Academy Award for Best Actress and a Golden Globe.

Leigh Anne Tuohy wasn't just a role. She's a real person, and since "The Blind Side," she's become a best-selling author and is worth millions of dollars today.

Who is Leigh Anne Tuohy? 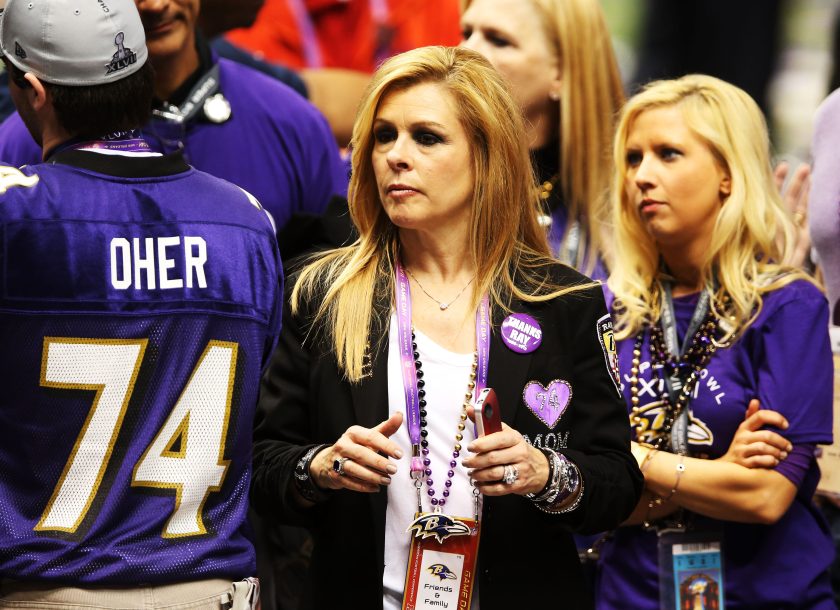 Leigh Anne was born and still resides in Memphis, Tennessee. She attended Briarcrest Christian School -- the same high school her kids, including Oher, went to.

"The Blind Side" mother then became a cheerleader and Kappa Delta sorority member at the University of Mississippi. That's where she met husband Sean Tuohy, who played for the Ole Miss basketball team.

As for her other son Michael Oher, he won a Super Bowl with the Baltimore Ravens and made more than $34 million in the NFL before he stopped playing in 2017.

Where is the Tuohy Matriarch Now?

Aside from being a wife and mother, Leigh Anne Tuohy has accomplished many things in her life. She's also known for more than just the 2009 film.

For starters, she's a New York Times best-selling author. She's written best-selling books like "In a Heartbeat: Sharing the Power of Cheerful Giving", "Making It Happen: Just Turn Around" and "Turn Around: Reach Out, Give Back, and Get Moving."

She and her husband also owned numerous fast food franchises at one point, including Taco Bell, Kentucky Fried Chicken, Pizza Hut and Long John Silver's. Sean and his company, RGT Management, sold 105 of those restaurants and another 55 properties for a whopping $213 million, according to a 2019 article in Franchise Times.

It was Leigh Anne's brother who actually got Sean interested in buying fast food franchises in the first place.

"He had a good night, and he couldn't find a Taco Bell," Sean Tuohy, who then bought a Taco Bell, told Franchise Times.

Leigh Anne herself is also an interior designer. In 2010, she joined ABC's "Extreme Makeover: Home Edition" to help rebuild homes and schools.

"It's an amazing show," Tuohy told ESPN. "I wish we had more shows like this."

Leigh Anne, who turned 62 in August 2022, is also very active on social media. She posts about her children often on Instagram and seems to spread joy with every post. She also created the Making It Happen Foundation, which helps underprivileged kids.

She's also a big football fan and has attended many of Oher's games with the Ole Miss Rebels, Baltimore Ravens, Tennessee Titans and Carolina Panthers.

According to Celebrity Net Worth, Leigh Anne Tuohy is worth an estimated $50 million in 2022. Along with her husband's estimated net worth of $25 million, that's a pretty penny for The Blind Side family.

The Hollywood days may be over with for the Tuohys, but the matriarch of the Tuohy family is keeping busier than ever these days.

MORE: What Happened to Michael Oher, Inspiration of 'The Blind Side'?