The Longest Punt in NFL History Was 98 Yards of Glory 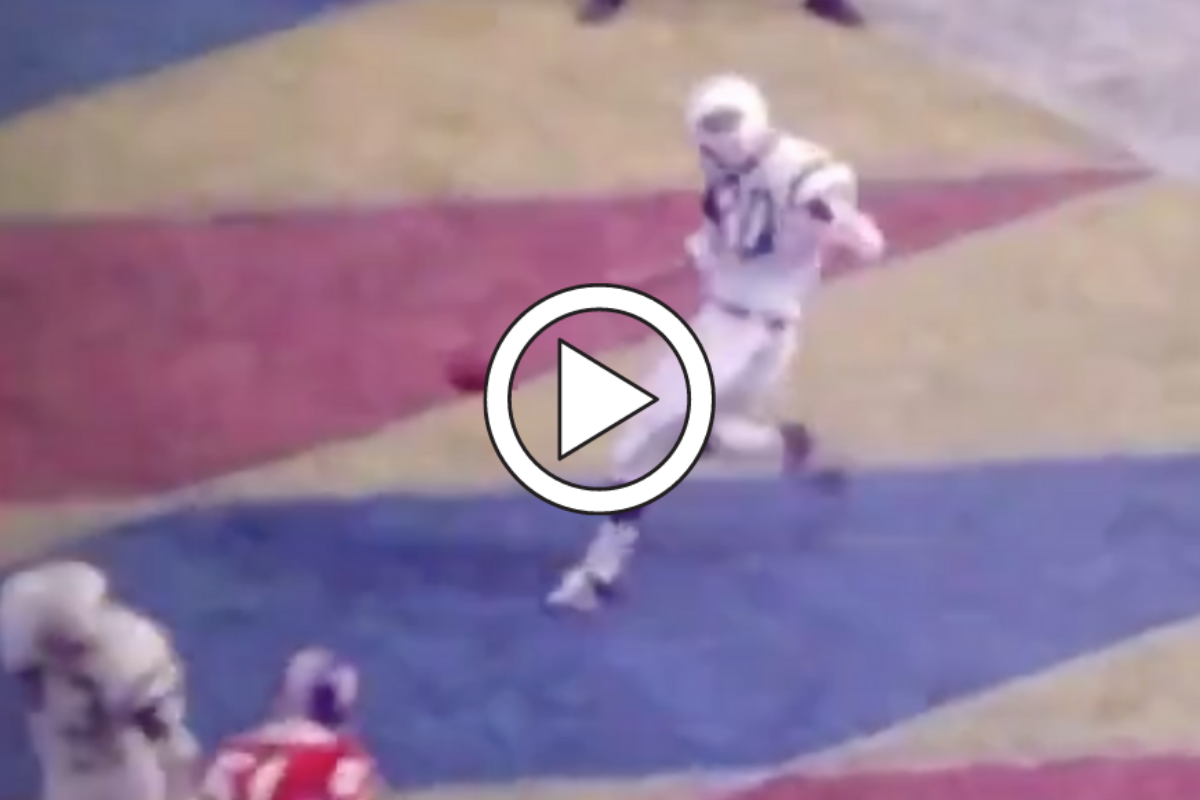 Offense wins games, but defense wins championships. That classic sports saying has been repeated for generations. Although it might be true more often than not, especially in football, leaving out special teams would be a huge disservice.

Having a good kicker and quality punter on the roster is a true luxury. Whether it’s for making field goals and extra points or simply changing field position, these specialists have the ability to alter a football game with one kick. In 1969, New York Jets punter Steve O’Neal did much more than that against the Denver Broncos.

Standing inside his own end zone at Mile High Stadium, O’Neal boomed one so good that it became the longest punt in NFL history, and it will likely never be topped.

In 1969, Jets punter Steve O’Neal set an NFL/AFL record with a 98-yard punt. You’re about to see it right now and I’ve got that son of a bitch traveling about 105 yards in all.pic.twitter.com/gSKxzYjg7M

RELATED: The 23 Longest Field Goals in NFL History Are All Moonshots

In the second quarter, and pinned deep in their own territory, it was clear the Jets would be punting the football away. Anything Steve O’Neal could do was a bonus. Then, the rookie made football history in the final American Football League (AFL) regular season.

The ball was at the 1-yard line. O’Neal was in his own end zone. He caught the ball cleanly, took two steps and absolutely obliterated the football down the field.

“I just hit it well,” O’Neal told CBS Sports. “But of course back then the goalposts were on the goal line and they were just to my right. So I had less than 10 yards to kick the ball, in a real tight situation. It went about 75 yards in the air, it went over the returner’s head and when it hit the ground it just took off like a groundball.”

O’Neal’s punt traveled somewhere around 70 yards in the air and sailed over the head of Denver Broncos returner Bill Thompson. The football then took an incredible bounce to the other 1-yard line and died just in front of the goal line.

Since it wasn’t a touchback, Thompson attempted a punt return before getting tackled in a matter of seconds. It was ruled a 98-yard punt and it’s an NFL record that seems unbreakable.

Randall Cunningham turns 58 today. Not only was he one of the most electric QBs to ever play the game, let’s not forget the time he booted this legendary 91-yard punt 💣 pic.twitter.com/yn0sXOJoPW

Between Pro Football Reference and the Pro Football Hall of Fame, there have been seven punts that have been recorded at least 90 yards, including Steve O’Neal’s that traveled pretty much the entire football field.

The fact that Cunningham, a quarterback, booted a 91-yarder is still mind-blowing.

The longest punt in NCAA history is 99 yards by Pat Brady for the University of Nevada in 1950. Brady (no known relationship to Tom Brady) played professionally in the CFL and in the NFL with the Pittsburgh Steelers. He passed away in 2009.

Where Is Steve O’Neal Today?

Today in 1969, the Jets' Steve O'Neal booms a record 98-yard punt. Just stop what you're doing, go to YouTube, and watch that sweet bastard. pic.twitter.com/gSP2b0OhcB

After his AFL/NFL career, Steve O’Neal became a dentist. O’Neal and his wife Judy returned to College Station, Texas — where he was a college football punter for Texas A&M in the 1960s — and practiced for over 40 years in nearby Bryan, Texas.

O’Neal, now in his 70s, has two daughters, four grandchildren and one NFL record to tell them all about.

But a 98-yard punt? That’s legendary.