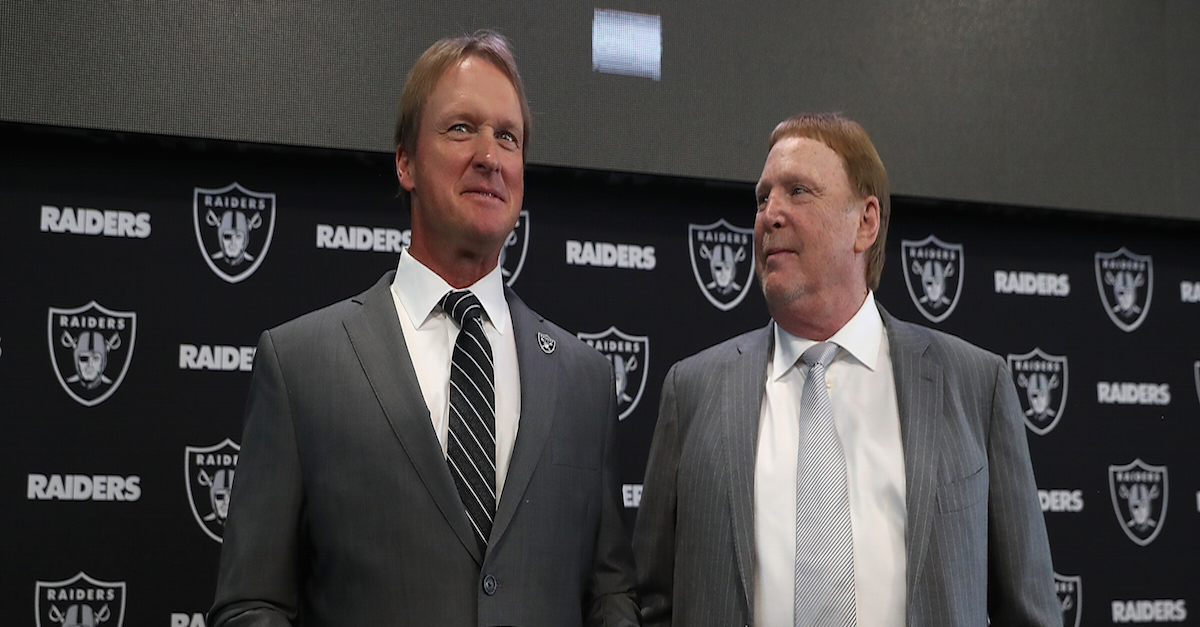 When asked if he would have fired former head coach Jack Del Rio had Gruden not been an option, Davis said “I don’t see how I could have. To spend $20 million, and on top of that hire Tee Martin? No.”

Davis opted to fire Jack Del Rio despite having only been one year removed from a 12-4 season and having his franchise quarterback, Derek Carr, spend most of the year battling a back injury.

Gruden, who previously coached the Raiders from 1998-2001 was long assumed to be the Raiders’ only realistic candidate and was officially hired in January. However, the franchise interviewed several others to comply with the NFL’s Rooney rule — which requires teams to interview minority candidates for head coaching and senior football operations vacancies — including Martin and assistant Bobby Johnson.

Martin agreed to a multi-year contract extension from USC in January following his interview with Oakland.

He reportedly interviewed for several notable coaching positions over the past few months, including the head coaching position at his alma matter, Tennessee, where he won a the inaugural BCS national championship as a quarterback in 1998.

USC ranked No. 13 overall among FBS teams in total offense during the 2017 season, which included finishing with an 11-3 (8-1 Pac-12) overall record and Pac-12 championship.

Still, it’s obvious that Davis only interviewed the former national champion to comply with the Rooney rule and to publicly admit to doing so while disrespecting him is a classless move.