Report: Tennessee finally reaches out, has “positive” talks with one of their most popular candidates 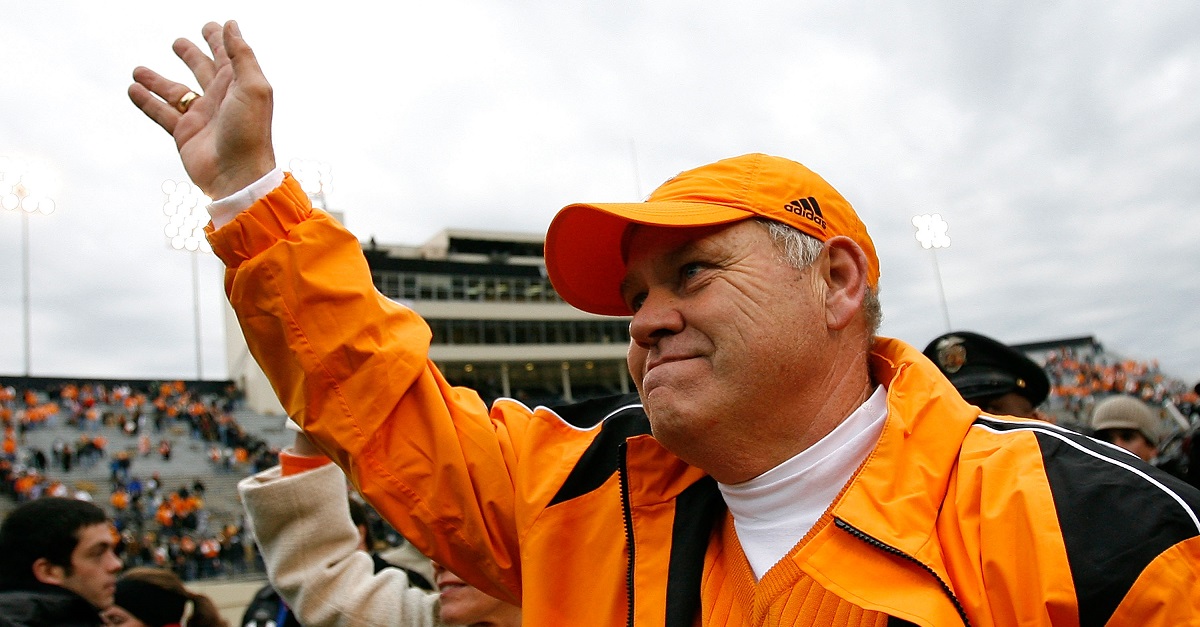 A #Vols update: #Tennessee AD Phil Fulmer and #USC OC Tee Martin have had a talk and the conversation was very positive, I'm told.

Phillip Fulmer and Tee Martin spoke extensively by phone Tuesday morning, and sources close to Martin felt like it was a positive conversation moving in the right direction. Martin played under Fulmer and quarterbacked the Vols to the 1998 national championship.

The report comes hours after Feldman initially claimed that UT hadn’t previously contacted Martin, despite his ties to the university and an outpouring of support from Tennessee fans.

Sources have indicated that Martin, who led the Vols to a national championship in 1998, would accept the position if offered. However, the coordinator confirmed last week that his alma mater hadn?t reached out to him, despite many others close to the program showing their support.

Former Tennessee QB now USC offensive Coordinator Tee Martin to our @ESPNRadio CFB crew RE Tenn job: "I've heard from everyone in Tennessee, except from Tennessee."

Martin also acknowledged the Vol fans shown campaigning for his coaching service during USC?s 31-28 victory over Stanford in the Pac-12 championship on Friday.

And to the loyal Tennessee fans. Showing some California Love!! That’s what’s up! #Pac12Champs! pic.twitter.com/0bx3BskTAf

The 39-year-old has quickly risen up the ranks as a young assistant with a bright head coaching future, having been named as a Broyles Award semi-finalist last week.

Many anticipated that Martin would be contacted by the Vols after his former coach, Phillip Fulmer, replaced John Currie as UT’s athletic director on Saturday.

Tennessee has reportedly narrowed its search down to several other candidates as well, including Georgia defensive coordinator Mel Tucker.