Few running backs have ever been as exciting as Marshall Faulk.

As a football player, the Pro Football Hall of Fame inductee thrilled fans across the world en route to an incredible career.

When you have as much success as Marshall Faulk, you will rack up so much cash in your career. How much money did Faulk make as a professional football player? And how much is he worth today? Let's find out! 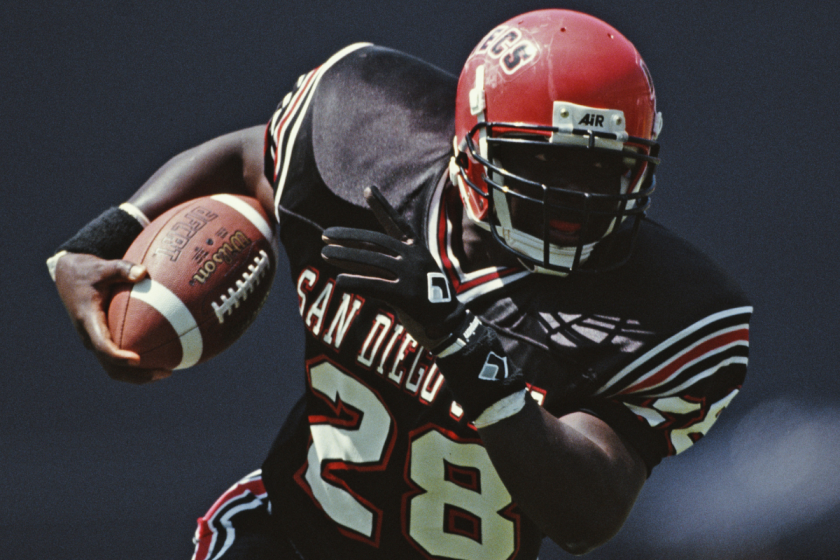 RELATED: Kurt Warner's Wife is a Former Marine With a Tragic Past

Marshall Faulk was born in the football hotbed of New Orleans, Louisiana.

In addition to a stellar high-school track career, Faulk was a football star at Carver High School in New Orleans, which was fittingly nicknamed the Rams. In high school, Faulk was both a running back and defensive back, and in his free time, he also sold popcorn at the Superdome during New Orleans Saints games.

Faulk got a ton of attention from college football recruits, but most of them wanted him to stick at defensive back. However, Faulk wanted to play running back -- a decision that would certainly pay off for him. It also paid off for San Diego State University. The Aztecs recruited Faulk to play running back, and the rest is history.

As a freshman, Faulk immediately showed his acumen running the ball. Against the University of the Pacific, Faulk carried the ball 37 times for 386 yards and a whopping seven touchdowns, both freshman records. In all three seasons at San Diego State University, he was named a First-Team All-American.

Heading into the 1994 NFL Draft, Faulk was considered one of the top prospects, especially after running a 4.35 40-yard dash at the San Diego State University Pro Day.

In the end, though, Cincinnati decided to take Dan Wilkinson first in the 1994 NFL Draft, leaving the Indianapolis Colts to snatch up Faulk with the second pick.

His introduction to the National Football League was an impressive one, as he rushed for 1,282 yards and 11 touchdowns while adding 52 catches for 522 yards. This began Faulk's reputation as a true offensive dual threat. Faulk easily won the NFL Offensive Rookie of the Year. He would then proceed to become the first rookie ever to be named the Pro Bowl MVP.

Sure, it's not the most glamorous award, but what rookie doesn't want some MVP hardware? 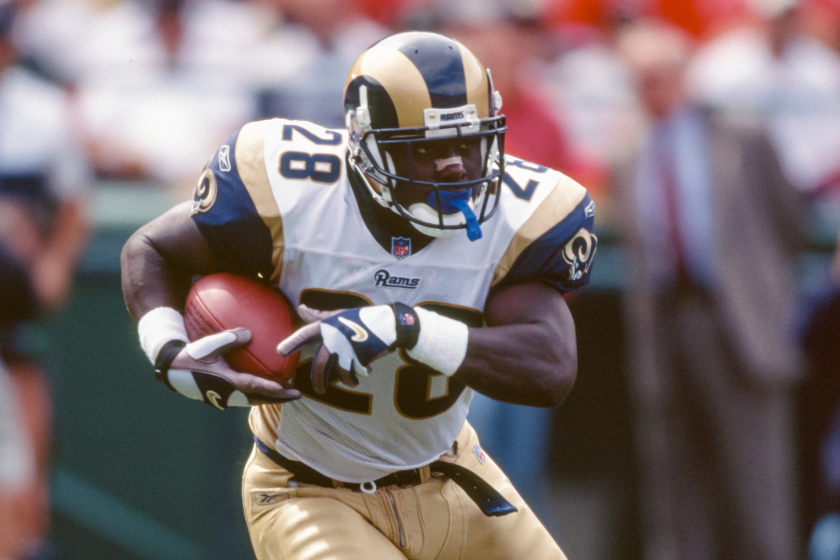 Faulk paired with Kurt Warner to birth the era known as "The Greatest Show on Turf." In addition to rushing for 1,381 yards, he caught a whopping 87 passes for 1,048 yards. Faulk was named the NFL Offensive Player of the Year, and the Rams would come out of nowhere to win Super Bowl XXXIV over the Tennessee Titans -- a true Cinderella run.

For three years, Marshall Faulk was the NFL's greatest weapon. He made the St. Louis Rams the most exciting football team out there. Faulk won the NFL Offensive Player of the Year three seasons in a row, and in 2000 he was also named the NFL MVP.

In 2001, the St. Louis Rams would return to the Super Bowl, but this time they suffered a loss at the hands of the New England Patriots, starting the Tom Brady and Bill Belichick dynasty.

That would also be the final season Faulk rushed for over 1,000 yards, and after the 2005 season, he would retire.

But let's be real, his resume was already over-stuffed by that point. 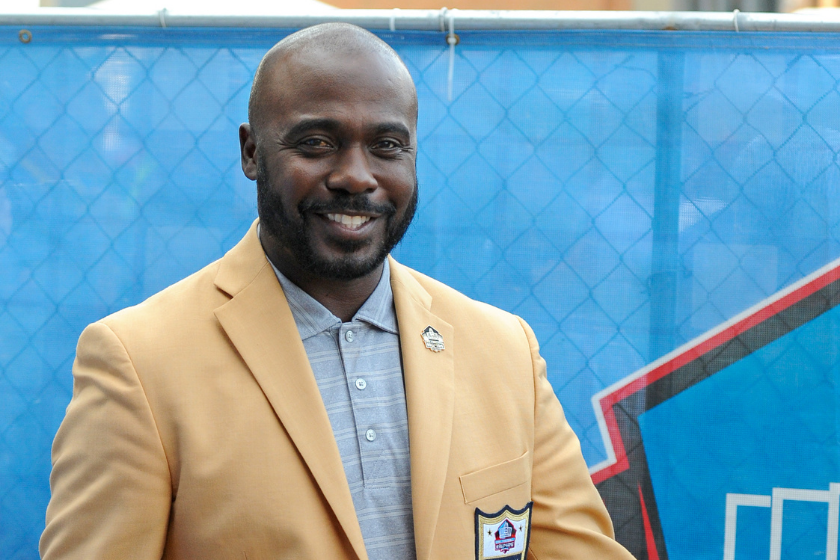 The Hall of Famer did not just ride into the sunset after retiring. Instead, Faulk joined up with NFL Network as an analyst.

Always versatile on the field, Faulk proved versatile in the studio and worked on the shows NFL Total Access and NFL Gameday and working Thursday Night Football games.

However, Faulk would be suspended in 2017 after being accused of sexual harassment by a former NFL Network wardrobe stylist. Faulk also got married to Lindsay Stoudt after retiring in 2006, but the two divorced in 2014.

So what is Marshall Faulk's net worth? Well, according to Celebrity Net Worth, the former Most Valuable Player has an estimated net worth of $20 million.

From New Orleans, Louisiana, to the Pro Football Hall of Fame, Marshall Faulk went on quite the journey. We're sure former Rams head coach Dick Vermeil is crying tears of joy for an American football player made good.

MORE: LaDainian Tomlinson's Net Worth: How "LT" Made His Millions