Former NFL running back LaDainian Tomlinson was one of the most electric NFL players of his era, having spent 11 seasons in the National Football League, winning numerous accolades and the 2006 NFL Most Valuable Player award.

Tomlinson enjoyed a memorable career full of touchdowns and was one of the brightest faces of the league during his heyday, even though you could never see his mug behind that patented black-tinted visor that made him 10 times more intimidating. The result for the American football player? Hauling in a fortune.

So, just how much money did L.T. make throughout his career? 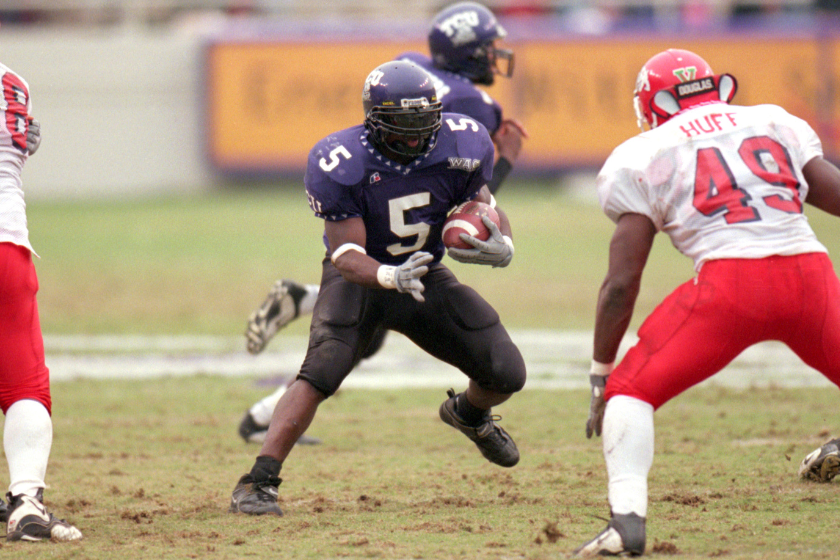 RELATED: Ray Lewis' Net Worth: How Rich is the NFL Legend Today?

Future NFL MVP LaDainian Tramayne Tomlinson was born in Rosebud, Texas, outside of the Fort Worth area, to parents Loreane Chappelle and Oliver Tomlinson.

He put himself on the map as a linebacker while at University High School in Waco. He earned an athletic scholarship to play at Texas Christian University, where he continued to shine at the college football ranks. In four seasons with the TCU Horned Frogs, he scored 56 rushing touchdowns and won the 2000 Doak Walker award.

Tomlinson then left school to pursue an NFL career. 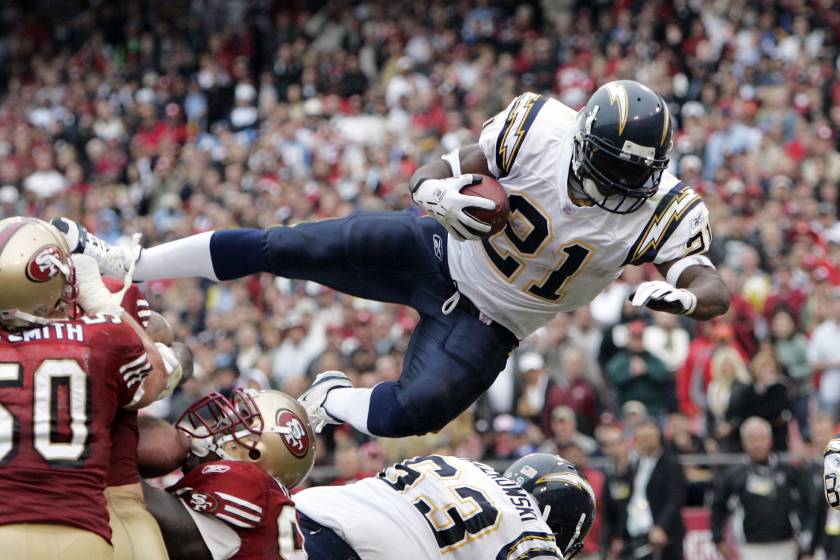 Photo by Robert B. Stanton/NFLPhotoLibrary

Tomlinson was drafted by the San Diego Chargers with the fifth-overall pick of the first round in the 2001 NFL Draft.

The Chargers in 2004 made Tomlinson the highest-paid running back in football, inking him to a $60 million deal over eight years that paid out $21 million in guarantees, according to the Associated Press.

Following his tenure in San Diego, L.T. latched on with the New York Jets as a free agent for a two-year stint, though he wasn't the same machine he was previously. He retired after the 2011 season, having posted career rushing stats of 145 rushing touchdowns, second only to Emmitt Smith, and 13,684 rushing yards in his professional career. L.T. was inducted into the Pro Football Hall of Fame in 2017, and was an easy choice for NFL's 2000's All-Decade Team.

According to Spotrac, Tomlinson made close to $57 million in contract money during his 11-year career. According to a Bloomberg article from 2007, he also featured endorsements from companies like Nike, Campbell Soup, AT&T, ESPN Radio and more to help boost those career earnings. 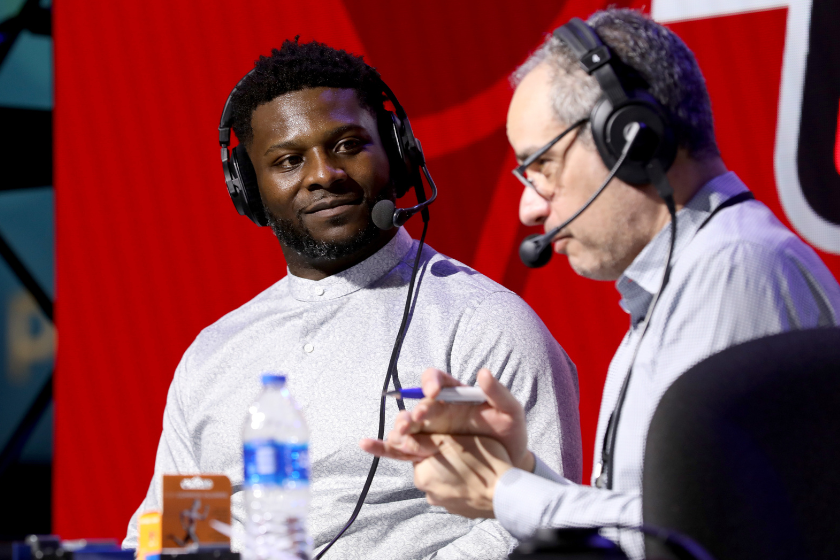 L.T.'s football career may be over, but he's happily married and enjoying retirement with his wife LaTorsha Oakley and their two children, Daylen and Dayah Lynn Tomlinson filling his personal life with laughter and fun.

LaDainian Tomlinson isn't pushing pennies either, as the former professional football player boasts an estimated net worth of $32 million, according to Celebrity Net Worth. No longer suiting up on the field, L.T. now finds meaning in football by featuring as a studio analyst for the NFL Network where he can talk about the Patriots lack of receptions and discuss how the Chargers shouldn't have moved to Los Angeles.

MORE: Tony Romo's Net Worth: How Football & Broadcasting Made Him Rich