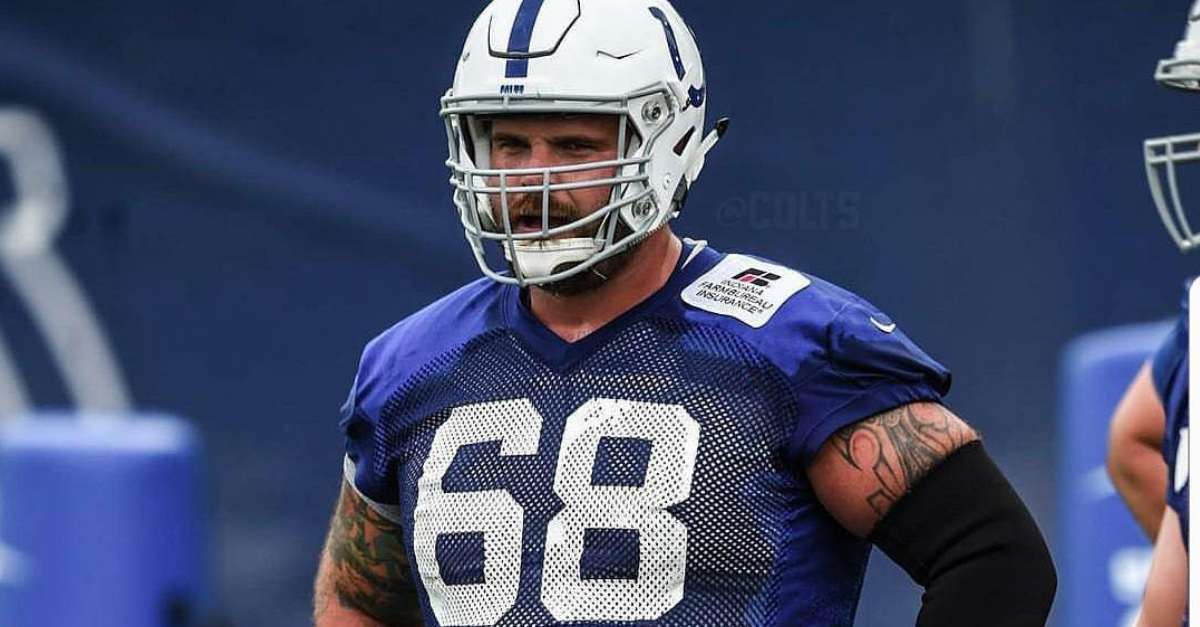 Football is a dangerous game regardless of what the new rules say. Some gruesome injuries are unavoidable, but that’s just the nature of playing a violent game. Innovations in helmet design and added padding can only protect the body for so long as some injuries are just unavoidable.

During last Thursday’s loss to the New England Patriots, Indianapolis Colts guard Matt Slauson suffered an injury that only a hard-nosed, former Nebraska Cornhusker and 10-year NFL veteran could possibly power through.

According to the Indianapolis Star’s Zak Keefer, during the third quarter of last week’s Thursday Night Football game, Slauson suffered two broken vertebrae in his spine that could have left him paralyzed with one wrong hit.

Still, Slauson managed to play all 83 offensive snaps for the Colts without realizing the extent of his injury until he got back to the locker room after the game.

Backstory on Matt Slauson's scary injury: Broke 2 vertebrae in his spine early 3Q Thursday, then played through it. Only later he learned he was one play away from serious damage — could have been paralyzed. "I had no idea how close I was to changing my family's life," he said.

RELATED: This Injury to Cincinnati’s Tyler Eifert is Not For The Faint of Heart

Slauson said on Wednesday that he feels like he could suit up and play, but doctor’s have advised him that one wrong hit could leave him with permanent damage until his back heals.

The 10-year veteran has logged 113 starts during his career while playing for the New York Jets, who drafted him in the sixth round in 2009, three years with the Chicago Bears, and two seasons with the San Diego/Los Angeles Chargers before coming to Indianapolis this season.

In 2013, USA Today named Matt Slauson to its annual All-Joe team, reserved for the NFL’s unsung heroes of the game.

Playing opposite the team’s first round pick, left guard Quentin Nelson from Notre Dame, Slauson is expected to return to the Colts as a free agent this offseason after his one-year deal, but this scary injury is going to sideline him for the rest of 2018 after being placed on injured reserve.

To take his roster spot, the team signs Evam Boehm from the Rams’ practice squad to fill the 53.

The next time you see a quarterback whining about getting landed on by a defensive player, think about that time Matt Slauson played the most physically demanding position in football with a broken back.