It's hard to bench someone your organization has high aspirations for, but Zach Wilson just isn't taking the Jets offense to where it needs to be to contend in the playoffs. And it might not all be all Wilson's fault. The offensive coaching staff hasn't truly adjusted their gameplan to fit his skills at quarterback.

It stands to reason that if you are going to draft someone second overall, you want to consider either how they fit into your offensive strategy, or tailoring your gameplan to their skills, but so far during his tenure in New York, the Jets have done neither. Maybe that isn't entirely shocking, because after all, this is the Jets we are talking about.

New York Jettisons Their Golden Boy for a White Knight 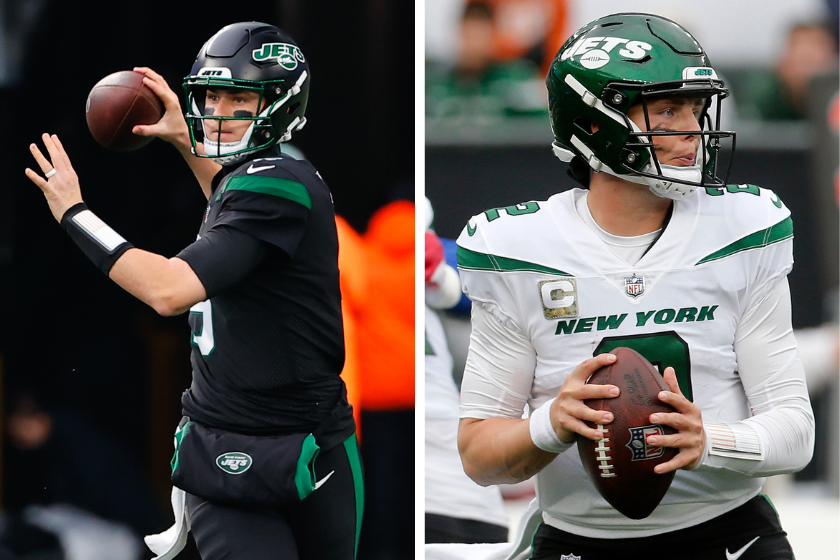 In his seven starts this season, Zach Wilson has a completion percentage of just 55.6 percent and has thrown more interceptions than touchdowns. In his last four starts, the Jets broke the 20 point threshold just once. Though Wilson's unique traits like superior arm strength, athleticism to avoid the rush, and ability to throw on the run, are what caused the Jets to take him above three other quarterbacks who also went in the first round of the 2021 NFL Draft, those skills haven't translated to big plays. Wilson has extended plays but without the big payoff the Jets hoped for, averaging just 6.8 yards per attempt and taking 14 sacks.

After a second loss to the New England Patriots, with the Jets mustering just three points, Wilson adamantly said he felt like he and the offense did not let New York's defense down. However, In the two games since Wilson was benched, it's like watching a completely different offense.

Mike White doesn't have the superior traits that Wilson displays every week, which led to him falling to the fifth round of the 2018 draft. White however does have an ability to quickly process the defense and accurately deliver the football to receivers in stride. These skills seem to be more valuable in the current Jets scheme than those Wilson possesses. He keeps the offense on time and in rhythm and is generating far better results than Wilson's often ad-libbed moments scrambling outside the pocket.

White's more traditional drop back approach might be a better fit with the Jets current offensive scheme. Over his two starts, White has gotten the most out of the Jets talented young skill players like Garrett Wilson. He is averaging 8 yards per attempt and is completing 62.4 percent of his passes, while taking only two sacks. All superior numbers to Wilson. The Jets are averaging 5.5 points above their season average with White under center.

You could even make an argument that the offense performed better in the three games Joe Flacco was under center than they did with Zach Wilson. This proves the system isn't a design fit for Wilson, because White's skillset is more comparable to Flacco's and that is what is proving to be optimal for the 2022 Jets. 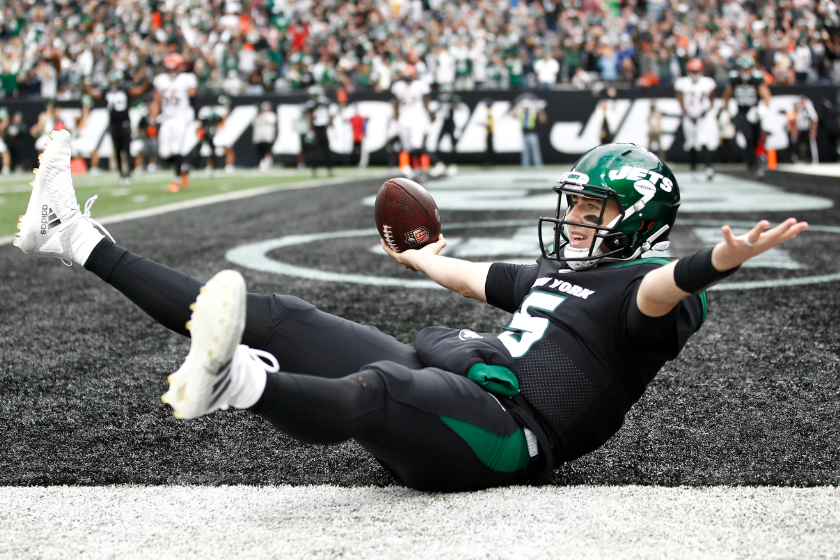 Last week against Minnesota White did throw two critical interceptions, but otherwise he threw for nearly 390 yards, including three passes of more than 30 yards. In his two weeks under center, White is moving faster through progressions and is finding more success attacking weak points in the secondary that Zach Wilson had just been missing.

White has been better throwing outside the numbers and has caused defenses to respect the Jets attack through the air. This has proved to be a boon for the Jets rushing attack, which has gone over their season average in both games White has started, and is averaging 5 yards per carry with him under center.

The strength of this rushing attack has meant that the play-action passing game has been incredibly effective the last two games. Mike White appears more comfortable running an offense under center while Zach Wilson prefers the shotgun, and it is much harder to execute an effective play action attack out of the gun. As a result, White has nearly half of his passing yards on play-action or RPO attempts, compared to roughly just one-third of Wilson's yards.

While head coach Robert Saleh seems insistent that Zach Wilson's career as the starting QB of the Jets is not over, at some point you have to acknowledge that Mike White's style under center provides the highest ceiling for the Jets offense this year, and that is a critical if you want to compliment one of the league's top defenses.

What this truly illuminates, besides the flaws in Zach Wilson's game, is that the offensive coaching staff hasn't gone all in on Wilson, and built around his talents. The Jets have failed to create a system fit for their prized draft pick, which means the real questions begin this off-season.

Is the Future of New York in the Hands of Wilson, White or a Wild Card? 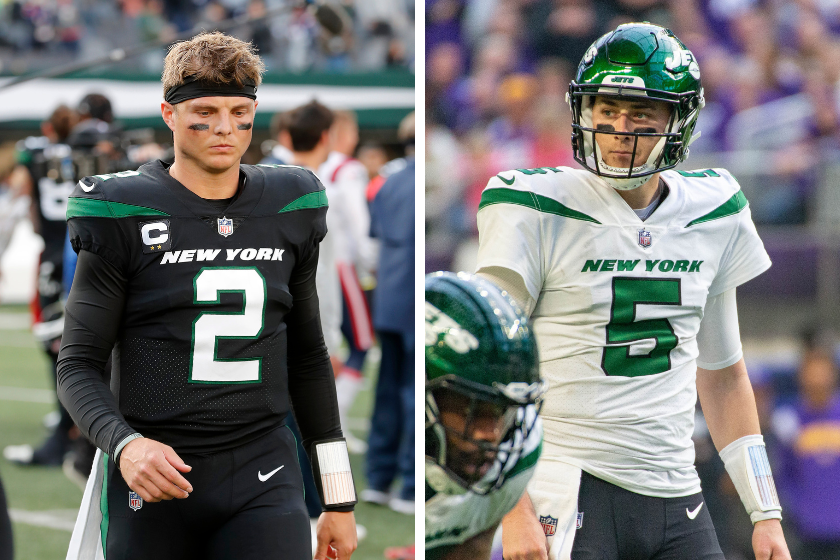 RELATED: Zach Wilson Appears to Have Found a New Girlfriend After a Summer Full of Cheating Allegations

New York must go in one of two directions, either all on Wilson with an offense that better suits the off-tempo and dynamic style of the number two overall pick (like the Chiefs have done with Mahomes, the Ravens have done with Jackson, and the Bears most recently did mid-season with Justin Fields) or cut ties with Wilson altogether and move forward with White or another quarterback who can execute a play-action heavy and more traditional drop back system to its fullest potential. You simply can't run back the same system with Wilson again in 2023 and expect different results.

Everyone remembers the times coaches have made bold moves to switch their quarterbacks because they gave the system a better chance to win, when they paid off. For example when Pete Carroll opted to go with rookie third round pick Russell Wilson over high priced free agent Matt Flynn. Or in 2016 when the Dallas Cowboys opted to put rookie Dak Prescott under center over Tony Romo. And of course there is the most famous example, when second year QB Tom Brady stepped in for an injured Drew Bledsoe and never gave the ball back.

Less people remember when teams stayed with a quarterback under center and it continued to  fail, like when the Vikings gave Christian Ponder a third year as their starter.

Or how about when teams keep or bring in a journeyman quarterback to continue to run the same poor system, like when the Dolphins and Jaguars insisted that Chad Henne was an NFL caliber starting quarterback? Or when checkdown king Sam Bradford moved around year after year, to continuously provide mediocre offenses to new organizations.

The memory is all too fresh for Jets fans, when similar to Ponder, they dedicated three years to Sam Darnold running their offense. Does this cause the organization to have a quick trigger on Wilson? Maybe. But one thing is for sure, the way they are running their offense right now, the 2022 Jets are Mike White's team and they should stay that way if the Jets want to have any hope of a playoff win this year. And if they ever want Zach Wilson back under center, it will have to be more than just Wilson that needs to change.