Nick Johnson is optimistic about 2023.

He's going to drink more water, start a diet, take some classes and -- as he blows a small "O" through a larger "O" -- quit vaping. Yup, this is the year everything changes for Johnson, but not just personally.

"Part of my 2023 outlook is being more positive," Johnson said. "The urge to kill myself when watching the Vikings is a thing of the past. The existential dread when watching Rudy Gobert clog up the lane for the Timberwolves is no more. I want to take the high road."

Right now, Johnson's focus is on the Minnesota Vikings. The Vikings currently sit at 12-3 and are the No. 2 seed in the NFC playoffs. Kirk Cousins and Justin Jefferson are having historic seasons, and the team is overwhelmed with all the respect it receives. No one has given more than the NFL media, who sing Minnesota's praises with labels such as "frauds" and "overrated."

"I'm going to be frank," Johnson said. "I've lost years off my life watching the Vikes play abhorrent football until Cousins starts chucking it up to Jefferson in the fourth quarter. But we have to cherish wins whenever we can in Minnesota. And when we inevitably choke in the first round of the playoffs against the Giants, I'll be able to look back at this season with pride. It's all just a warmup for the Lombardi coming home to Minneapolis next year anyway."

As for the the Minnesota Timberwolves, who are 16-19 and in 11th place in the NBA's Western Conference, Johnson has a message for all the haters of the Gobert trade: 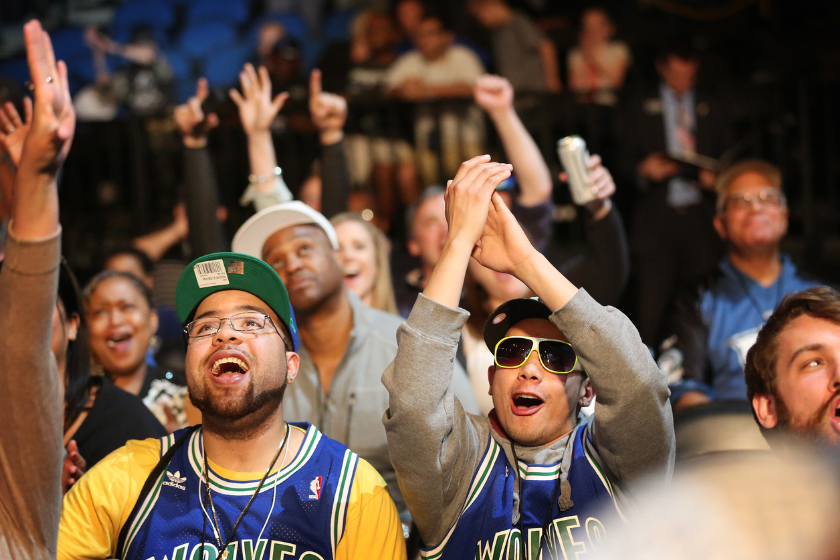 "One word: fit," Johnson said. "I applaud the front office for mortgaging the future on a center who hangs out in the paint where Anthony Edwards, our best playmaker, does most of his work. Who needs draft picks when you'll be winning an NBA title next year?"

Of course, Johnson wouldn't be a real Minnesota sports fan without loving hockey.

"I just got off the phone with Satan," said Johnson. "I officially signed away my soul for the Wild to win a Stanley Cup. Book it"

Near the end of the interview, Johnson paused when I asked him about his abrupt change in mindset. So many thoughts were swirling behind his tortured eyes.

"My years as a Minnesota sports fan have forced my expectations to reach new depths of low," he said. "I don't expect any trace of success, and look where that's got me? I figure zagging can't hurt. A little hope can make me feel alive inside again."

We can all take a page out of Johnson's book. Let me be the first to congratulate the Vikings, Wolves, Wild and Twins on their 2023 championships.