It just doesn't make any sense. All the Minnesota Vikings keep doing is finding ways to win, and all the sportsbooks keep doing is disrespecting them the following week. It's clear that Vegas just doesn't believe in the results and is waiting for the other shoe to drop. A week after an incredible victory on the road in Buffalo, Minnesota found themselves as home underdogs against the Cowboys. The books were correct that time, and the Vikings were blown out by Dallas.

But the following week they were only 2.5 point favorites at home on Thanksgiving against the Patriots. The old adage is that home field is worth three points against the spread, so this tells you that on a neutral field, sportsbooks believed New England was the team with the tiny edge. Instead the Vikings came away with yet another victory. Despite that Thanksgiving win in prime time, the Vikings were only field goal favorites at home last week against Mike White and the Jets. Minnesota again came away with a win and covered the spread.

So as Minnesota continues to prove doubters wrong, why are the now 10-2 Vikings underdogs against the lowly Detroit Lions? Despite a 5-7 record, it's Detroit that is a 2.5-point favorite heading into Sunday's matchup. Why do the biggest sportsbooks in the world refuse to buy into the idea that the Vikings are an elite team in 2022 and why do the sharpest gamblers keep betting against them?

The 2022 Minnesota Vikings: Consistent Underdogs at 10-2 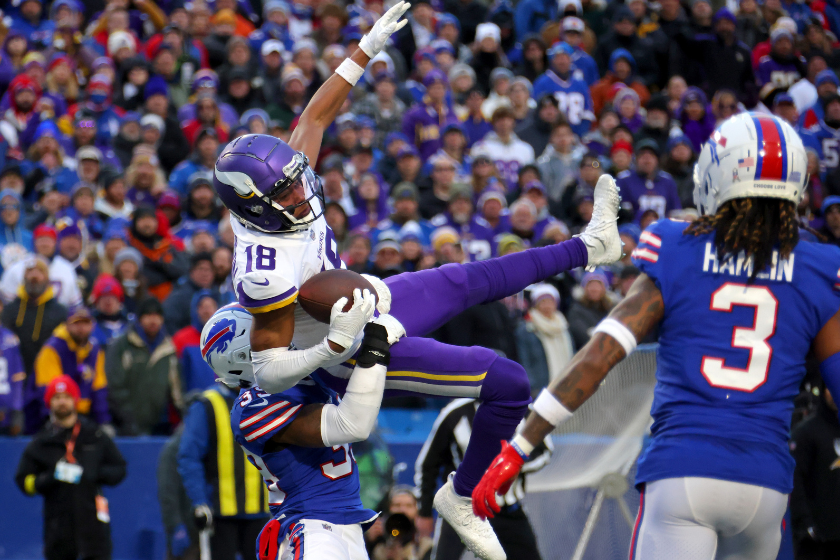 Let's take a look beyond the final scores. Despite a 27-22 win over the Jets in week 13, the Vikings were vastly out-performed in most statistical categories. This has been the case in so many of the Vikings victories this season. The Jets had nearly 200 more yards of total offense than the Vikings. New York had more plays, first downs and more time of possession than the Vikings, but Minnesota dominated in two critical categories that led to their win. They won the turnover battle 2-0 and they crushed the Jets in the red zone. The Vikings were three-for-three scoring touchdowns in the red area and held the Jets to just one touchdown in six possessions inside their 20 yard line.

It seems the Vikings, who have thrived on situational excellence and timely turnovers on defense, do not have a formula that sportsbooks (and the analytics behind them) believe is sustainable.

It makes sense. The Vikings defense allows the second most yards per game in the NFL and are in the bottom third in points allowed. Those are remarkably bad statistics for a team with the second best record in the NFL. Minnesota is, however, third in the league with a +8 turnover differential. Sometimes luck can play a massive part in turnovers and the Vikings have been fortunate to have lost just three fumbles all year (second fewest in the league), despite putting the ball on the ground 10 times. Eventually however, it becomes harder to chalk up critical turnovers to coincidence and easier to acknowledge that this is a major part of the formula the Vikings use to win football games.

Head coach Kevin O'Connell seems to have figured out how to get the best out of his team in the most critical moments. The Vikings are second in the league in fourth quarter scoring and first in fourth quarter point differential. These stats explain why nine of Minnesota's 10 wins have been by one score, and why the Vikings have yet to lose a game that has come down to the wire. At the end of a close game, on offense or on defense, Minnesota seems to find the plays needed to secure a win.

The case in point for this is the first meeting between the Lions and Vikings this season. Detroit entered the fourth quarter with a 10-point lead before Minnesota stormed back with 14 straight points to take a 28-24 victory. The Vikings scored the go-ahead touchdown with just 45 second remaining and then ended the Lions' last drive with an interception. It has been their winning formula all year. Just ask Buffalo. Same script, different day.

So What Does That Mean for this Sunday's Rematch in Detroit? 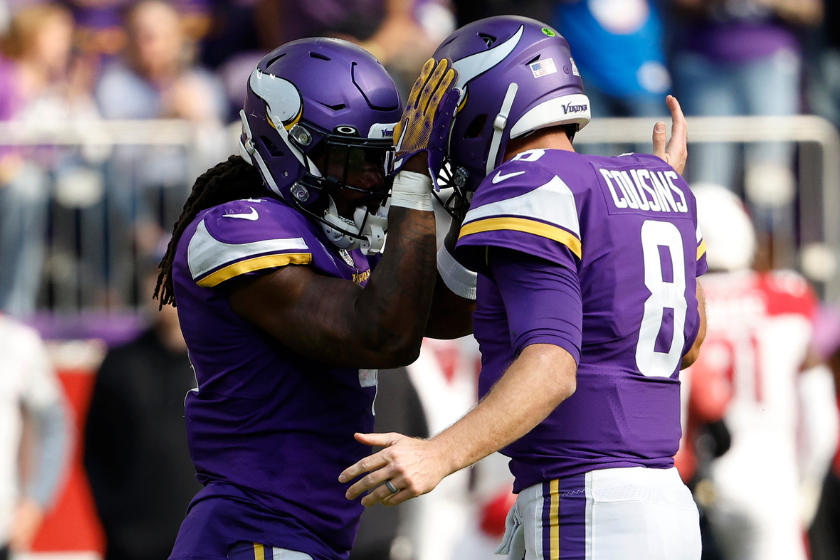 While the Vikings are near the bottom in many defensive statistical categories, they haven't been as poor as the Lions defense. Detroit ranks dead last in yards and points allowed. The Lions have won four out of their last five games and the defense is playing better, but that certainly isn't enough to make them 2.5-point favorites. It could be the Lions dominating red zone offense. Detroit is finishing nearly three out of every four trips into the red area with a touchdown, led by NFL rushing touchdown leader Jamaal Williams. Unfortunately for the Lions faithful, their red zone defense has been nearly as bad as the offense has been good, allowing touchdowns about 66% of the time.

The road map to a Lions win is all about defense and turnovers. On their recent hot streak, the Lions have held three opponents under 20 points, something they failed to do in their first seven games. Quarterback Jared Goff has also gone the last four games without throwing an interception.

To me that just isn't enough. We know divisional games are hard to win in the NFL, and it's incredibly hard to sweep a divisional opponent, especially on the road. But at some point you have to buy in. You have to realize the critical plays and the critical turnovers are all falling on the side of the Vikings for a reason. It's no longer a coincidence.

The sportsbooks and those that bet with them continue to wait for the Vikings to fall back to earth, but it just won't be this week. Not against a rush defense and a red zone defense this poor. Not against a team that has shown just as strong an ability to lose one score games as the Vikings have shown to win them. There is just too much old Detroit Lions in the new Detroit Lions for me to pick them.

The sharp professional gamblers have placed a lot of early money on the Lions, some before the line swung 5 points in the direction of Detroit. But not me. I'm smart enough to know the same old game script when I see it. Minnesota wins a one score game on the road, just as much as Detroit loses it, 28-26. It's no longer a coincidence.