The 2022 Denver Broncos have left us all asking the same question: Where did it all go wrong?

An offseason filled with sparkling new additions and tons of hope has seen the Broncos devolve into a state of utter chaos just months later, following an embarrassing loss to the Los Angeles Rams that left players fighting on the sideline and management opting to move on from head coach Nathaniel Hackett. 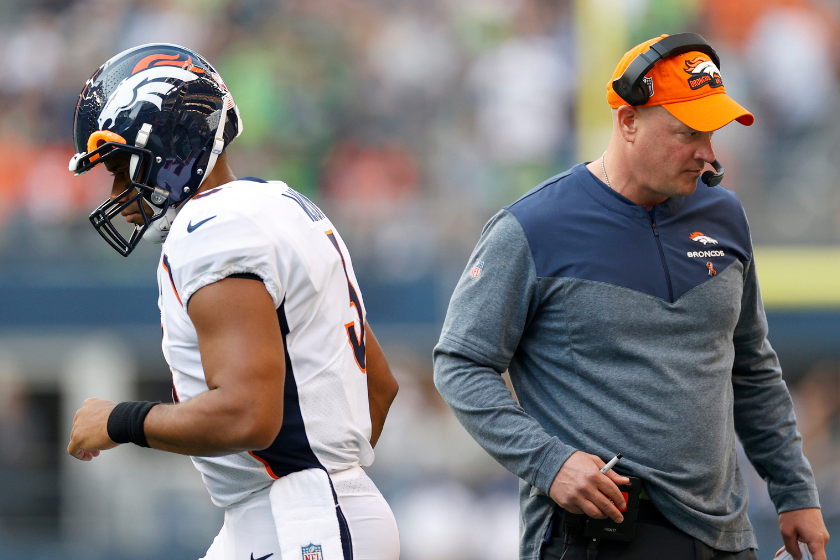 This past August, NFL owners officially approved the sale of the Denver Broncos to an ownership group led by Rob Walton -- the heir to the Walmart fortune -- for a record $4.65 billion. The new ownership group began its first offseason by spending even more money in its attempt to build the Broncos back to their championship pedigree. Its two most impactful additions, however, have proved to be a complete disaster, hiring Hackett as head coach and acquiring QB Russell Wilson.

Hackett was hired in January after nearly a decade running successful NFL offenses, including most recently returning Aaron Rodgers to an MVP level during his final two years as offensive coordinator in Green Bay.

Then in March, the Denver Broncos pulled off the biggest trade of the offseason, bringing nine-time Pro Bowl quarterback and Super Bowl champion Wilson over from the Seattle Seahawks to pair with their new coach.

On paper, the two seemed like a perfect match to lead an attack that could compete with the other dynamic offenses in the AFC West. Instead, the Broncos have a 4-11 record and are averaging the fewest points per game in the NFL. To add insult to injury, at this moment, the 2023 first-round pick the Broncos traded to the Seahawks for Wilson will turn into the third overall selection in the draft.

What an absolute mess that nobody saw coming, including me.

In my column that previewed the new head coaches of the AFC, I lauded Hackett for his history of strong rushing attacks and skilled passing offenses that allowed a Jacksonville Jaguars team to reach a conference championship with Blake Bortles under center.

I mean, listen to this clown:

"I believe Hackett will adapt his system to the strengths of his quarterback and roster to put up big numbers. The question for the Broncos will be do they have enough on the defensive side of the ball from a coaching and talent perspective, to survive a brutal division and make a run to the playoffs."

Talk about a swing and a miss.

The Broncos' defense has been stellar, allowing 20 or more points only once in their first nine games before a recent skid. Meanwhile, Wilson was an absolute mess in Hackett's offense. He didn't throw his 10th touchdown pass until his 12th start of the season, and some claimed he was calling out old Seahawks audibles at the line of scrimmage.

I wasn't the only one who didn't see Wilson's poor season coming; the following snippet from my preview will let you know that no one else predicted this horrid level of play from Russ either:

"Bettors and fans are clearly high on what Hackett can do with Russell Wilson, as Wilson has been getting an astoundingly high amount of bets placed on him to win MVP, especially for a guy who has never received an MVP vote."

Fans were expecting a career year from Russ. Instead, he enters this Sunday's contest in Kansas City with the worst quarterback rating of his career and the lowest adjusted yards per attempt of his career.

The Broncos Need to Ride Off Into a Different Sunset 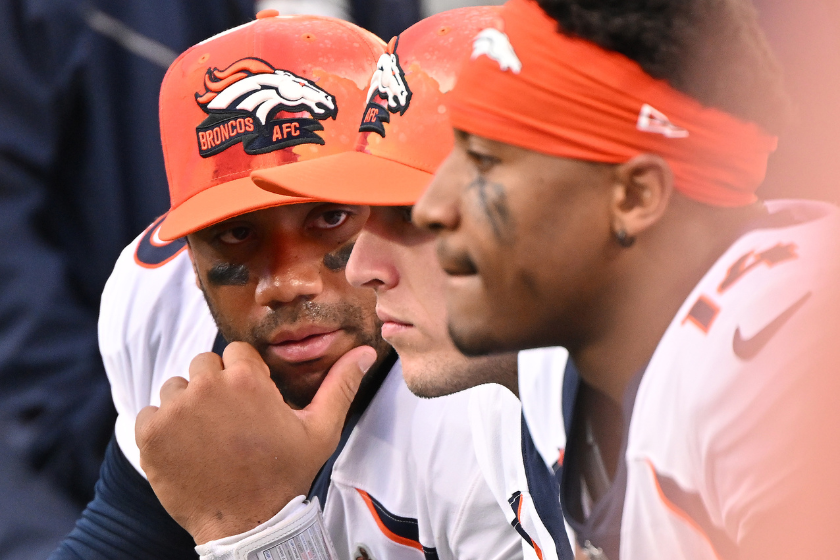 So what is at the root of all these failures, and how can the Broncos organization fix them?

Clearly, the Denver braintrust felt Hackett was the root of the problem, despite kind words from Wilson after his departure. To me, Hackett's clearest failure was in his lack of delegation, particularly when it came to game management decisions. It was clear immediately out of the gate in Week 1 against Seattle that he simply wasn't prepared adequately for in-game scenarios. Hackett's strange choice to run the clock down and attempt a 64-yard field goal made headlines across the league.

The blunder was made to look even worse when exposed by the real-time commentary of the "Manningcast" and former Broncos Super Bowl-winning QB Peyton Manning, who requested the team call timeout dozens of times live on air while the offense on the field looked clueless on fourth down.

After several other real-time decision-making blunders by Hackett, the Broncos opted to hire a coach to assist with these exact game flow predicaments. Despite this addition to the staff, the Broncos never seemed to be firing on all cylinders when it came to game management. Things like this are often due to a lack of preparation or a lack of clear continuity surrounding the decision-maker.

Hackett was also criticized for his play-calling and use of Denver's offensive weapons. Hackett and Wilson failed to utilize the height and red zone capabilities of talented wideout Courtland Sutton, who only has just one touchdown on the season.

Denver's rushing offense was also in the bottom third of the league; and despite a relatively low rush-rate on first down, the Broncos were constantly in third-and-long situations and thus have the worst third-down conversion rate in the league. By comparison, Hackett's 2021 Packers were a top 10 third-down offense and converted nearly 15 percent more often than his 2022 Broncos have. A drop-off like this is simply inexcusable.

Hackett's inability to tailor an offense to the strengths of Wilson, combined with a failure to develop any sort of potent running game, forced Hackett to hand off play-calling duties by late November. At that point of the season, it was too late. The Broncos were unable to develop a deep passing attack despite having arguably one of the best deep-ball throwers of the modern era under center, and that was proving too much for any play-calling change to overcome.

The writing was on the wall for Hackett after Denver gave up 51 points to the Rams in quarterback Baker Mayfield's third start with the team, a performance that led to disarray on the Broncos' sidelines and Hackett's eventual firing.

So where do the Denver Broncos go from here? In addition to mortgaging quality players and future draft capital in the trade for Wilson, the Broncos' contract extension for their new QB costs them an average of nearly $50 million per season, an amount that makes the 34-year-old Wilson virtually untradable.

The Denver roster remains loaded with talent on both sides of the ball. But until they can bring in a coach capable of delegating adequately -- and one who is able implement a system their quarterback can adapt to and get behind -- the Broncos won't be riding anywhere. 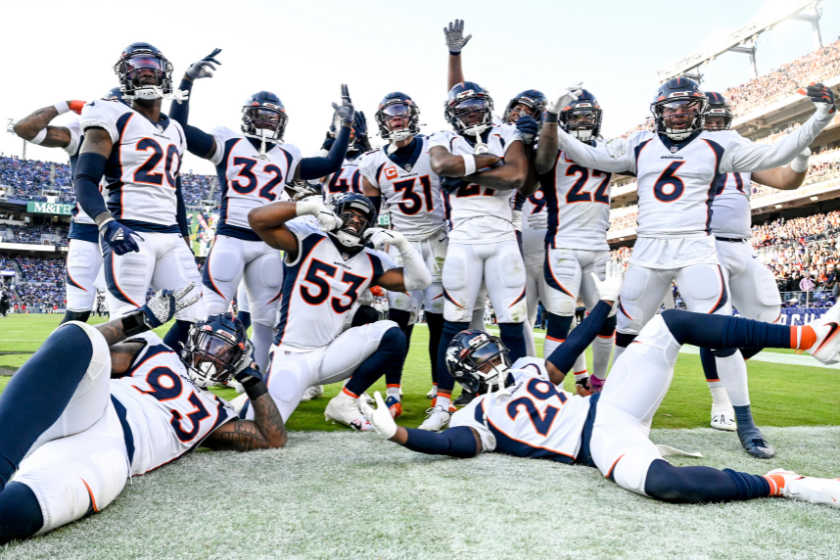 This team needs a veteran coach with experience building a staff, delegating a significant amount of in-game responsibilities, and managing a locker room that finds itself in shambles. Someone who can coach in a way that humbles the robotic Wilson into properly learning a new offense, while not failing to use the deep passing and mobility that made Wilson a perennial Pro Bowler in Seattle. And the Broncos have to do it all quickly, because when you pay a quarterback this much money, you can't waste much of his window developing too many new players and too intricate of a new system.

It will be interesting to see whom Denver identifies this offseason as being up to the task, and I believe it is very important that it takes Wilson's opinion into account in order to get the best possible performance from their quarterback.

As for Hackett, he is much too talented and has too impressive a track record to be out of football for long. While head coaching was clearly a role outside his skill set, it won't be long before he is calling offenses somewhere at the collegiate or NFL level.

In the end, the 2022 Broncos and Hackett's time in Denver are best summarized by his own post-game comments after the loss against the Rams -- his final as a member of the Broncos staff:

"We went in with this mindset that we were going to be able to win ... but in the end we weren't ready."

MORE: The Colorado Rockies Have Drafted Better QBs Than the Denver Broncos. Seriously.