The Girl From the NFL 100 Super Bowl Ad? She Might Be Its Brightest Star 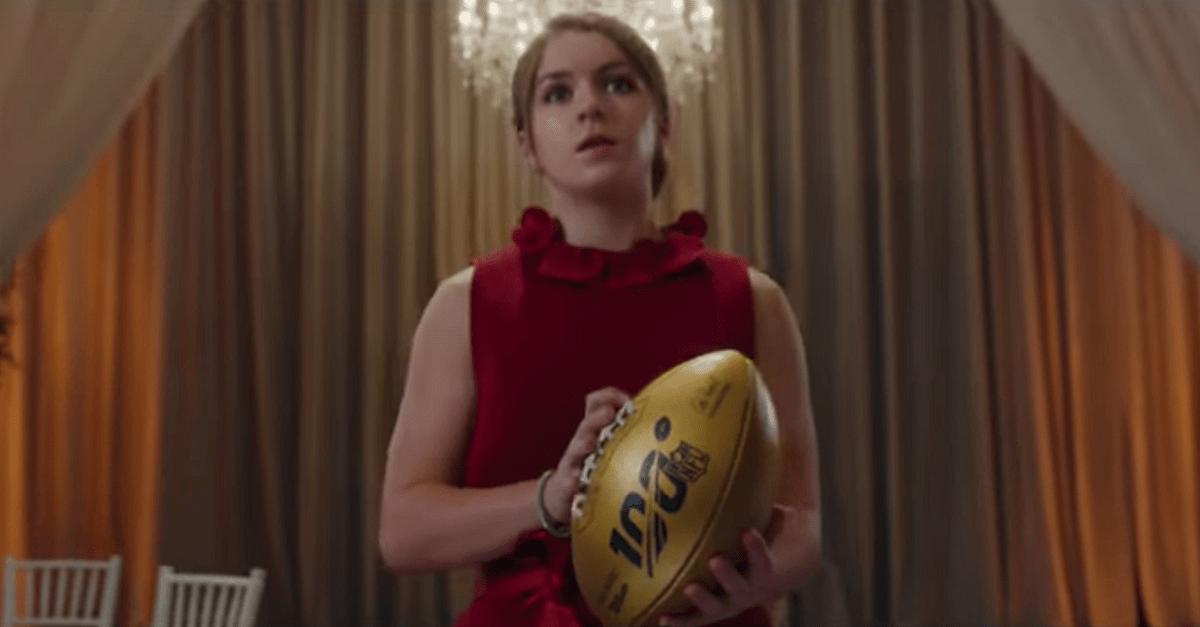 For almost every football fan, Super Bowl LIII was an all-around dud. After 14 punts and 16 points, the New England Patriots regained their crown by defeating the Los Angeles Rams inside Mercedes-Benz Stadium. For those of us who didn’t pay the high price for a game day ticket, we watched on television with the always-entertaining Super Bowl commercials as our football filler.

Well, even those disappointed. The most-memorable was easily the star-studded NFL 100 commercial, though. NFL legends from Marshawn Lynch to Joe Montana ran around playing an impromptu game of tackle football while wearing tuxedos. Near the end of the madness, the golden football is picked up by a teenage girl wearing a red dress, who then puts a spin move on defensive back Richard Sherman. She’s largely unknown compared to the other NFL greats, but she might be impacting the game of football more than anyone in that room.

Her name is Samantha Gordon. At 15 years old, she’s not exactly a Heisman Trophy candidate, but she’s no slouch when she puts on her football pads. Back in 2012, Sam Gordon rose to fame as a 9-year-old girl on an all-boys football team in Utah, and she dominated by rushing for around 2,000 yards, scoring 35 touchdowns and making 65 tackles. Her highlight reel has millions of views on YouTube, but that’s not exactly why she took part in the NFL’s 100th anniversary celebration.

After learning that there were no more leagues in Utah in which she could play her favorite sport, Sam, with the help of her father Brent Gordon, founded the Utah Girls Tackle Football League, which became the first-ever, all-girls tackle football league. It doubled in size after the first season, inspired various leagues similar to it in other states, and Gordon was given the first NFL Game Changer Award following the 2017 season. This year, Seattle Seahawks linebacker Shaquem Griffin won the award after reaching professional football despite only having one hand.

Even if she doesn’t join superstars like Peyton Manning, Deion Sanders, or Michael Strahan from the NFL 100 Super Bowl Ad in the Hall of Fame, Sam Gordon is laying the foundation that could help the first woman eventually receive induction by helping to make football more than just being about the boys.