One of the more bizarre and truly unfortunate stories in NFL history is that of former Cleveland Browns and Baltimore Ravens offensive tackle Orlando Brown, also known as Zeus.

What started out as a typical NFL Sunday for the star blocker ended in horror after he was inadvertently struck by a weighted penalty flag.

It was thrown at the spot of an infraction but managed to land between Brown's face mask, It ultimately ruined his promising career. 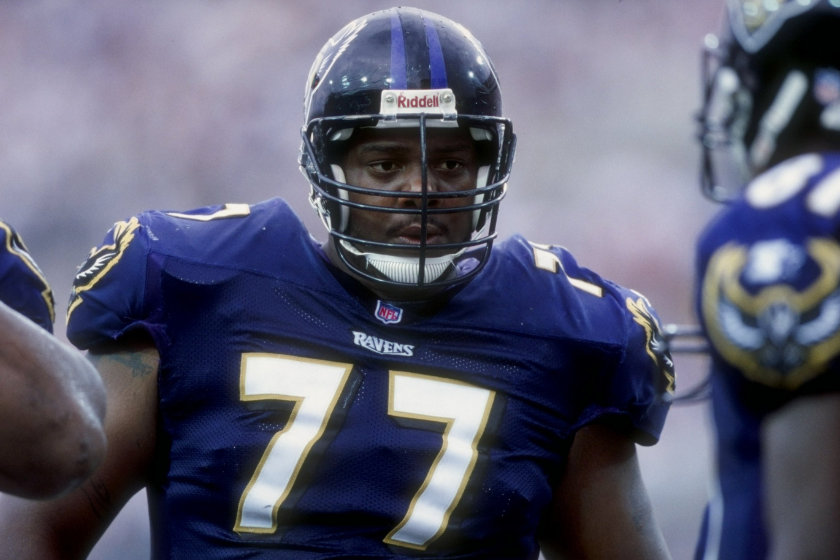 Before Tom Brady was taken in the sixth round of the NFL Draft, Cleveland Browns head coach Bill Belichick was signing undrafted college players.

Former Browns scout Scott Pioli recounted how an impromptu workout at South Carolina State put the massive lineman on their radar. "We taped everything with a VCR camera and showed the workout to Browns head coach Bill Belichick and personnel director Mike Lombardi. They were impressed with Brown's size and tools, and sure enough, we signed him as an undrafted free agent because of that impromptu workout."

From 1993-95, while the Browns were still in their first run in Cleveland, Brown was a staple of Browns offensive line. However, after the 1995 season, Browns owner Art Modell moved the team to Baltimore, and Brown went along, becoming one of the first Baltimore Ravens team members.  At his peak, Orlando Brown, who was given the nickname "Zeus," was one of the highest-paid offensive linemen in the league. But in 1999, things took a turn.

In a 1999 game against the Jacksonville Jaguars, Brown, who was then a member of the Browns, was hit in the eye by a penalty flag thrown by referee Jeff Triplette.

Triplette attempted to rush over and apologize to Brown, who in turn shoved the referee to the ground in a fit of rage. Brown was suspended by the NFL and ejected from the game, though his sanctions were lifted when it was revealed how severe an eye injury he sustained.

As a result of being hit in the eye by the flag, which was weighted with BBs, Brown suffered partial blindness in his right eye and was forced to miss the subsequent three NFL seasons. Brown's own father had also suffered from blindness caused by glaucoma.

It wasn't until 2002 that Brown, who played college football at South Carolina State, was able to return to the National Football League, latching on with the Baltimore Ravens as a free agent, where he would play until his retirement in 2005.

Brown sued the NFL for $200 million, but reportedly settled out of court for a sum estimated to be between $15 million and $25 million.

In an interview with the Associated Press in 2000, Brown expressed concern over the fact that officials were still throwing flags. Of Triplette, the former NFL player said, "I wish he would have just dropped it, that's all."

After his football career, Brown opened up a Fatburger restaurant in Maryland and remained close to the Ravens organization, where he occasionally acted as a mentor to young offensive linemen.

Sadly, the star offensive lineman passed away due to complications from diabetic ketoacidosis in 2011 at age 40. At the time, the cause of death of the Woodson High School graduate was unknown.

It was truly an awful moment for one of the game's brightest offensive linemen, whom at the time of the accident seemed destined to be enshrined in the Hall of Fame.

But that's not where Brown's story ends. 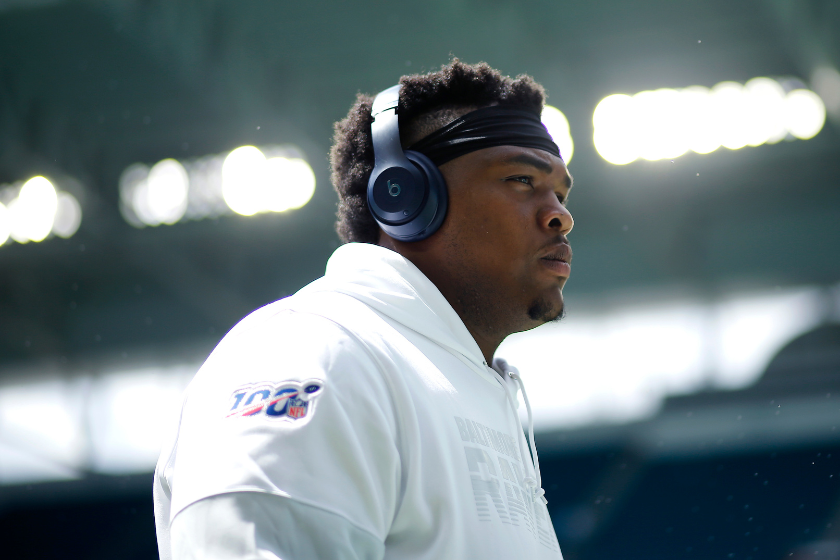 Orlando Brown Jr., the former NFL lineman's son, has been making waves in the NFL for the Baltimore Ravens and Kansas City Chiefs, getting named to the Pro Bowl in three of his first four seasons. The enormity of the opportunity he's been given is not lost on the younger Orlando.

"Something he made me promise him was that I was going to be a left tackle and that I was going to play in this league for 10-plus years and be a Hall of Famer," Orlando Jr. told ESPN. "My dad understood the magnitude of [being a left tackle], often being the captain of the offensive line, often being one of the better players on offense. It was just kind of ingrained in me at a young age and ... it was a dream and goal I set for myself in this league.

"I grew up with my father playing in this league ... as a right tackle. In my household, if you weren't playing left tackle, I won't say he disowned you, but he kind of talked back to you. Growing up, my dad would tell me straight up, 'Hey, study Tony Boselli, watch his game, watch Anthony Munoz, watch all these guys, watch Bryant McKinnie.' He would tell me, 'Don't watch my film.' Obviously, I did because he was my father, but he would tell me, 'Look at the left tackle.'"

While Orlando Sr.'s career was cut short, Orlando Jr. has picked up the mantle and is making the most of the big shoes he was asked to fill. Hopefully, his father is watching him play the game he loved, and he's smiling down on his son.

This article was originally published on December 31, 2020, but has been updated since.

MORE: Nate Burleson Once Crashed His Car Trying to Save His Pizza