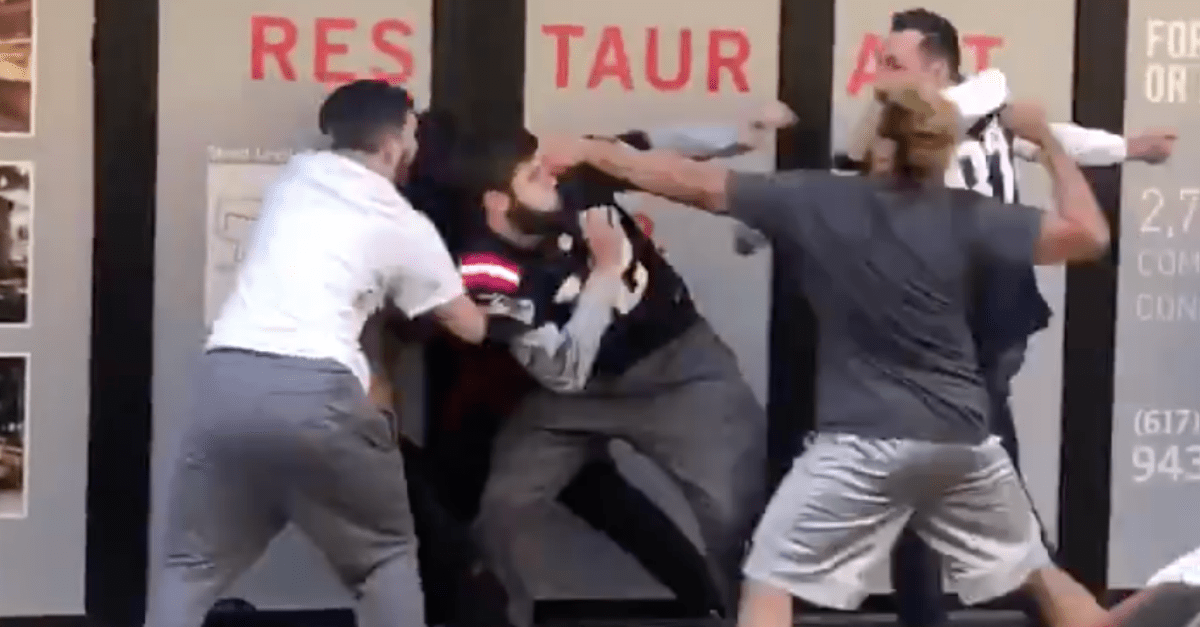 As the New England Patriots casually rolled down the streets of Boston, on a route superstar quarterback Tom Brady is more than used to by now, a good chunk of the city lined up to catch a glimpse of the Super Bowl LIII champions. This has become a fairly regular tradition in Massachusetts, and this one was no different.

By the time the parade rolled around, most everyone else was trying to forget the snoozer the Patriots won over the Los Angeles Rams and the rather dull Super Bowl Halftime Show featuring Maroon 5. But not Patriots fans. Sitting on top of the NFL world never gets old to those in New England and, needless to say, it was time to party.

Although the main attraction was to see Brady, head coach Bill Belichick, Super Bowl MVP Julian Edelman, tight end Rob Gronkowski, and the rest of the Patriots, there were plenty of side shows on Tuesday afternoon to make this parade rather rememberable.

Here are three of the craziest moments of the NFL championship parade:

Nothing says Boston like a bunch of Pats fans beating the shit out of each other after a championship parade @OnlyInBOS pic.twitter.com/nd86c36BXe

After winning six Super Bowl championships over the past two decades, you would think Patriots fans would have learned not to brawl with other Patriots fans during a family-friendly event. Guess again. There was plenty of pushing, tackling, and even some haymakers were thrown during the brief brawl on the streets.

Rob Gronkowski has taken a few big hits during his NFL career, but he took an unexpected one to the face during the parade. As a guest on The Tonight Show with Jimmy Fallon, Gronk admits someone threw a full beer can and it drilled him on the left side of his face near his eyebrow. He was bleeding during the parade, but that didn?t matter. Gronk is a tough dude.

And the kick IS GOOD! @bostonpolice sure knows how to have a great time! #PatriotsParade pic.twitter.com/7xRFymWqNU

The players and fans weren?t the only ones to have fun during the celebration. Even the Boston Police Department got in on the action. A few officers re-enacted a field goal on the streets and scored just as many points as the Rams. The snap was a little high, but the holder got the ball down and the kicker booted it straight. Let?s just call it good. Boston PD is now tied with the Rams, 3-3.