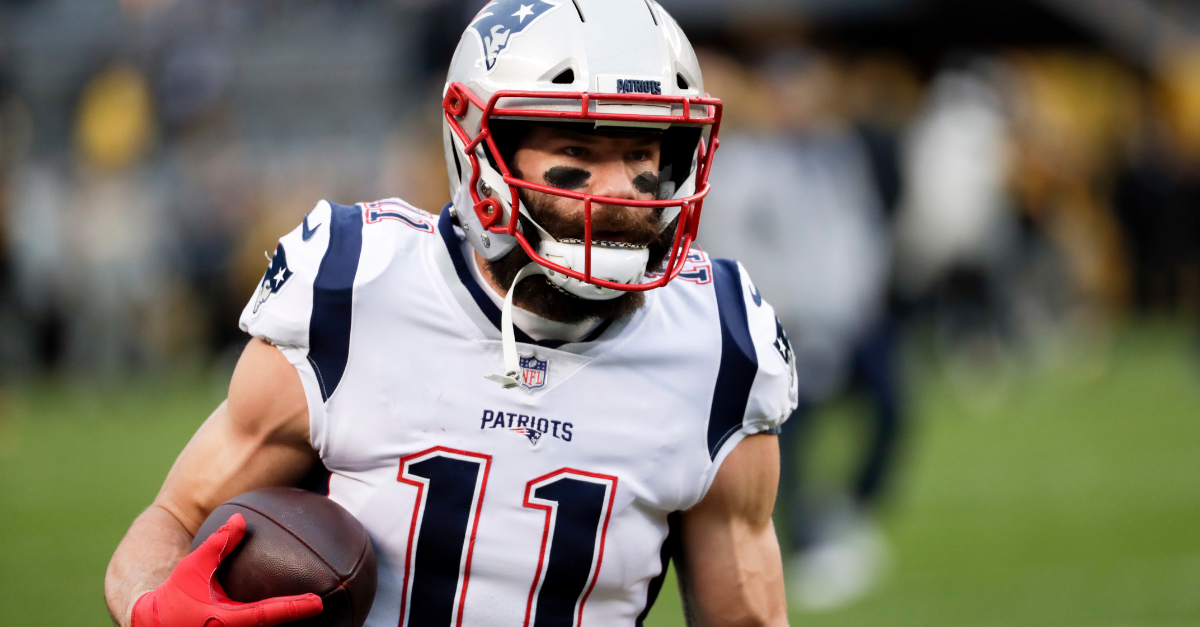 Super Bowl LIII is jam-packed with storylines everywhere you turn. Can Patriots quarterback Tom Brady join elite company by winning his sixth title? Will Los Angeles’ Hollywood roster live up to the hype and make Sean McVay the youngest Super Bowl-winning head coach at 33 years old? Will any of the halftime performers protest in support of Colin Kaepernick during the show? And just in case you’re curious, you can bet on that.

One story that’s been downplayed is the incredible return of New England wide receiver Julian Edelman. As New England advances to their third-straight Super Bowl, the 32-year-old pass catcher is giving one young fan the trip of a lifetime down to Atlanta, Georgia. For Dejah Rondeau, wearing No. 11 to honor Edelman ? HER favorite player ? is the easy part. Overcoming harassment because she’s a girl starting at quarterback for her team? That’s not so easy.

Dejah Rondeau is a quarterback for the Exeter Seahawks’ middle school football team. After the team’s initial starter went down with injury, the seventh-grader became the starting quarterback. While she compares her style to Marcus Mariota, and backs it up on the field, bullying is hard to avoid in a traditionally men-only game like football.

“Some people don?t want to accept a female quarterback. She?ll have to put in 110 percent when others are putting in 50,” Nichole Brock, Rondeau’s mother, told Seacoastonline.com. “But Dejah becoming the quarterback is the best thing that could happen to her. She?s worked really hard at it.”

After hearing about her story, Edelman and the Patriots stepped in. They invited Dejah from New Hampshire to Foxborough for a tour of New England’s trophy room from owner Robert Kraft, then she hung out with her favorite Patriot player. That, however, was only one surprise.

Edelman said, “I’m bringing you to the Super Bowl, too, if that’s cool. Do you have any plans next Sunday?”

When he heard she was getting bullied at school, he had a #SuperBowlSurprise for her. pic.twitter.com/NVyhkfv8Hr

“I heard about your story, about going out there and having the challenge of dealing with adversity because of people not excepting this or that. My respect level for you is just through the roof because you just ignore all the noise and you play the game we all love, and that’s football.”

During the 2017 preseason, Tom Brady’s trusted slot receiver tore his ACL and missed the entire season. Yes, I know he was suspended for using PEDs, but Edelman was on pace to set career-highs across the board had he played in all 16 games this year. If there’s anyone who knows about adversity, it’s a guy who played quarterback in college, was drafted No. 232 overall, yet worked to become one of the best pass catchers in the NFL today.

NFL players giving back is always a feel-good story, but something about seeing Dejah Rondeau stick it to everyone who bullies her with Super Bowl tickets to see the New England Patriots and Los Angeles Rams compete for the Lombardi Trophy just feels a little bit better.

READ MORE: Tom Brady’s Net Worth is More Impressive Than His Hall of Fame Resume