The Rams’ Win-Now Philosophy Cost a Fortune, But It’s Worth Every Penny 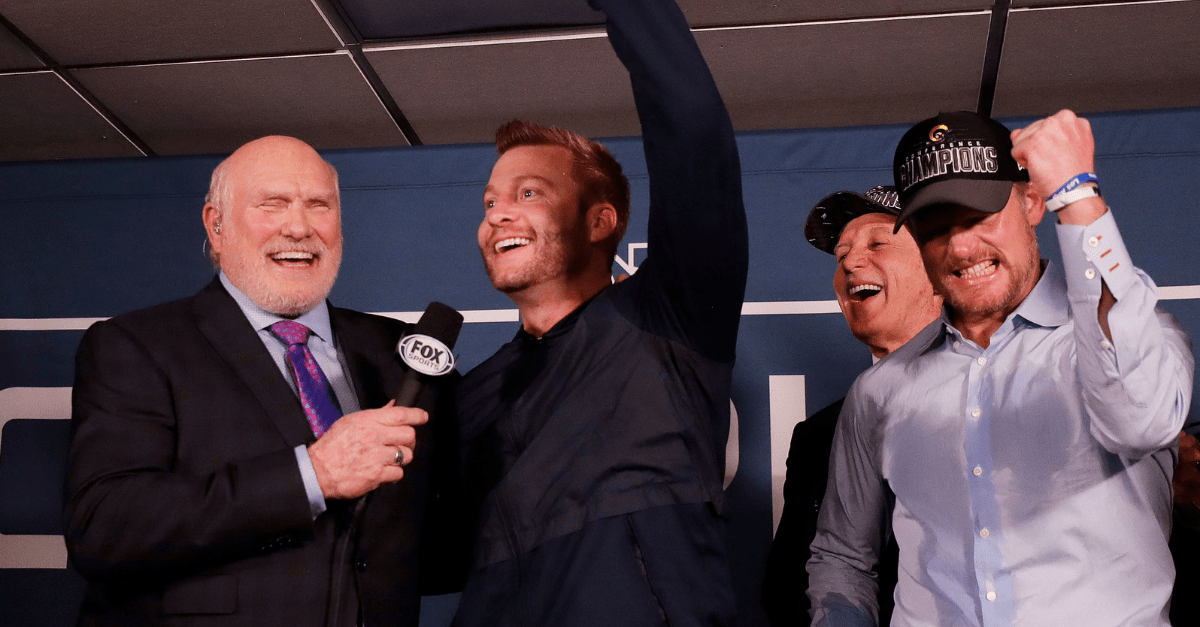 The Los Angeles Rams are headed to Super Bowl LIII, and there?s absolutely nothing you can do about it. Save the chit-chat about any sort of controversy because it really doesn?t matter. A date with the New England Patriots on February 3 in Atlanta?s Mercedes-Benz Stadium is the only thing that should be on everybody?s mind moving forward.

But how did the Rams make it this far? It couldn?t be just by luck, could it? The answer is no. This team is really good because the front office in Los Angeles did something incredibly rare, and it paid off.

Oh by the way…

🗣 WE WEARING THROWBACKS AT THE SUPER BOWL! pic.twitter.com/MfHN6W0k4T

Hiring 32-year-old head coach Sean McVay has done wonders for the franchise since taking over last season. So has drafting running back Todd Gurley with the No. 10 overall pick in the 2015 NFL Draft and quarterback Jared Goff with the No. 1 overall pick the following year to set the offense’s foundation.

This NFC West team was built to win championships on both sides of the ball. However, unlike most teams around the NFL, the Rams decided to take a win-now approach to get to the biggest game of the season this year.

If you look at the team?s transaction report, it might seem normal. The Rams signed, re-signed, waived, released, claimed and acquired players, just like any other team would. The only difference is what it cost to get to Super Bowl Sunday, and let?s just say it wasn?t cheap.

Here is a rundown of some crucial 2018 moves:

I THINK WE AINT DONE YET pic.twitter.com/FVoJLouNLr

While the rest of the sports world was focusing on March Madness, the Rams created some chaos of their own on March 14. That?s when Los Angeles acquired cornerback Marcus Peters from the Kansas City Chiefs and cornerback Aqib Talib from the Denver Broncos to completely change the backend of the defense.

Then, the Rams acquired wide receiver Brandin Cooks from the New England Patriots to give Goff another target a couple of weeks later.

They weren?t finished, either, because in late October, former first-round pick Dante Fowler was traded to the Rams from the Jacksonville Jaguars to boost defensive coordinator Wade Phillips? defensive line that much more.

Was it worth giving up seven draft picks, including one first-round pick and another second-round pick? Absolutely, especially since they traded other players such as linebackers Robert Quinn and Alec Ogletree for draft picks to pretty much cancel it out.

Lamarcus Joyner has put forth an 86.9 three-year grade with the Rams – if/when he hits the free agent market, he'll likely have many, many suitors.https://t.co/WciNAlEq6T pic.twitter.com/Q2LXLiFqQu

After missing the last two NFL seasons, the Rams decided to take a flyer on cornerback Sam Shields, who had played previously with the Green Bay Packers. This even happened less than a week before landing Peters and Talib, too. The 31-year-old veteran didn?t break the bank, but 22 tackles, four pass deflections and one interception was probably worth it. So was the one reception for 12 yards in the NFC Championship Game.

While it is hardly a gamble to have free safety Lamarcus Joyner on the roster, using a franchise tag on him definitely was. Instead of reaching a deal on an extension, the Rams gave it a one-year window to see just how valuable he is before he becomes an unrestricted free agent.

Was it worth it? Absolutely.

This is where things can get complicated, but let?s make it very simple. The Rams needed to make sure its star players and important role players were taken care of so they didn?t leave. Los Angeles went deep into the piggy bank to make it happen, too.

All of them played a significant role in the NFL Championship Game victory over the New Orleans Saints.

Was it worth $320 million to secure seven players on the roster? Absolutely.

Only time will tell if owner Stan Kroenke, general manager Les Snead, and head coach Sean McVay can take down the Patriots in Super Bowl LIII and hoist the Lombardi Trophy.

However, if there is a team that can take down Bill Belichick and Tom Brady, the Rams might be it and it?s all because they decided to win now instead of waiting until later.

READ MORE: President Trump Isn?t Big on California. That Goes for His Super Bowl Pick, Too