Is there anything Peyton Manning can't do? Hosting the "Manningcast" with his brother Eli Manning? Check. Make us laugh our faces off on "Saturday Night Live"? You bet. How about helping NFL hopefuls up their draft prospects? Absolutely. And in the latest Disney+ series "The Santa Clauses," Peyton Manning gets the seal of approval from the Big Man at the North Pole.

That's right. Peyton Manning met with Santa Claus to potentially take over the reins, both literally and figuratively.

A Christmas Audible for Peyton Manning 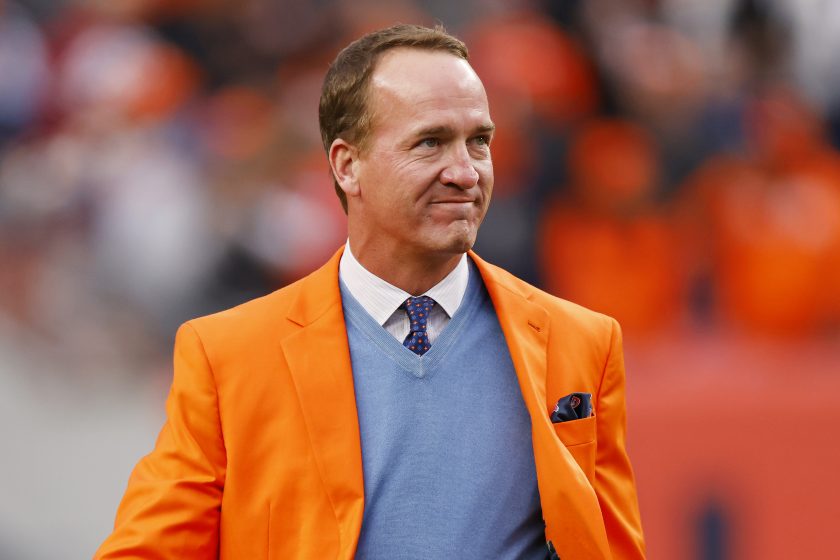 Imagine hearing "Ho, Ho, HOmaha!" on Christmas Eve. That's the world we almost lived in, if Scott Calvin gave the keys to the North Pole to the former Denver Broncos star. In the Disney limited series starring Tim Allen, the Hall of Fame quarterback is kidnapped and brought to the North Pole, where Manning auditions to become Saint Nick himself.

While Manning interviews for the role of a lifetime, he drops a couple of gems, including his famous "Omaha" audible.

When it's revealed why Manning was taken to the North Pole, the Super Bowl winner exclaims, "Wait, that's why I'm here? To be the new Santa? Can't wait to rub this in [Tom] Brady's face." We're sure Brady has other things on his plate, such as making sure his life doesn't fall apart, but good for Peyton. It must be nice to have something over the GOAT.

There's also a brilliant moment when Santa teases Manning about his NFL stats. "You got a 65% completion rate. That's probably good enough for the NFL Hall of Fame, but up here? We kind of look for 100%."

Peyton, without skipping a beat, adds, "I'm pretty sure I can pull that off with no pass rush."

To finish his interview, Santa's chief of staff, Betty, describes Peyton as "somehow perfect." But Santa isn't so sure.

"I don't know if we have a hat big enough for that head," the Big Man says. "Look at the size of that thing."

"The Santa Clauses," which fans got a first look at during the D23 Expo when a teaser trailer was released, picks up right where "The Santa Clause 2" and "The Santa Clause 3: The Escape Clause" left off, and with a lot of the same cast. Elizabeth Mitchell returns as Mrs. Claus, and David Krumholtz puts in another turn as Bernard. The Jack Burditt-created series also introduces Kal Penn to the franchise.

But if there's one thing we can say about "The Santa Clauses," it's that out of all the Christmas movies and TV shows on Netflix, the Hallmark Channel and beyond, only one can say they snagged Peyton Manning.

Check out "The Santa Clauses" trailer below: