Former Indianapolis Colts quarterback Philip Rivers is a true competitor and continued to produce in the NFL as he approached the tender age of 40 under head coach Frank Reich.

He returned to the playoffs in 2020, and Rivers was out proving to everyone that he still has enough left in the tank to lead a successful football team. Still, that's hardly the most interesting aspect of the veteran quarterback's life even after his retirement from the National Football League.

You may have already heard that Philip Rivers can basically field an entire offense with his NINE children. Who is the wife of the former Athens High School QB, though? 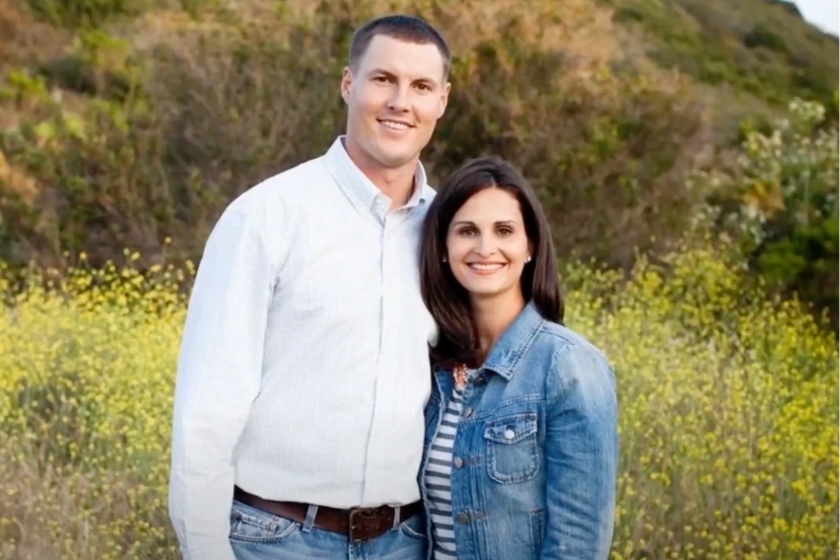 The former San Diego Chargers and Los Angeles Chargers quarterback and his wife Tiffany are going on 20 years of marriage, an impressive feat.

They were more than high school sweethearts, having reportedly met all the way back in middle school when she went by Tiffany Goodwin. He's from Decatur, Alabama, and attended Decatur High School. What's far more impressive is that the Rivers' clan is made up of 11 people.

In other words, Philip and Tiffany have had NINE children together. He's really out here giving Antonio Cromartie a run for his money.

Rivers and Tiffany married in 2001 after his freshman year at North Carolina State University, a few years before he turned professional. 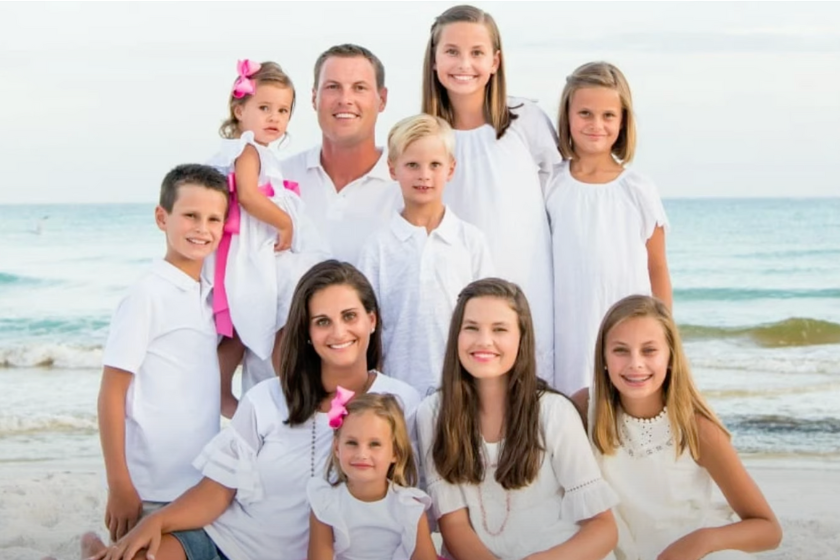 Of their nine children, seven are daughters; Halle, Caroline, Grace, Sarah, Rebecca, Clare and their ninth child, Anna. Additionally, Philip and Tiffany Rivers have two sons, Gunner and Peter. Imagine being on school pick-up duty for that family.

The couple was still in college when they brought their first child into the world. Halle was born in 2002 and the couple didn't slow down.

The Rivers family is extremely close-knit, even more so during the COVID-19 pandemic.

They lived in San Diego, California, throughout his tenure with the Chargers, though they have since "permanently" left the area. They also owned property in Florida, but have since made the move to Indy following Rivers signing with the Colts in the offseason. The Rivers' are a practicing Catholic family, something the former NC State star and NFL quarterback values dearly.

"He always wants to be with us," 10-year-old Gunner told Chargers.com in 2019. "Whenever he's home, he plays with us and he's with us all the time. Wherever we go out - we go all kinds of places - random people just come up and ask for his autograph and for pictures. It's cool. But he's always there for us. But when he's home, we like to throw the football in the yard. We like to putt on the putting green, watch football and do things like that."

Tiffany Rivers operates a swimwear line called Hermoza, which was co-founded with Marisa De Lecce. Philip and Tiffany also founded Rivers of Hope, a foundation aiming to find orphanages for children under the age of 12.

Rivers, who ranks sixth in NFL history for touchdown passes thrown, never made it to the Super Bowl. His career playing AFC and NFC opponents may be done, but he was hired to coach the football team at St. Michael Catholic in Fairhope, Alabama, after he retired.

This article was originally published on January 9, 2021.

MORE: Pittsburgh Steelers QB Big Ben Met His Wife Through a Fan, Then Had 3 'Killer B' Children