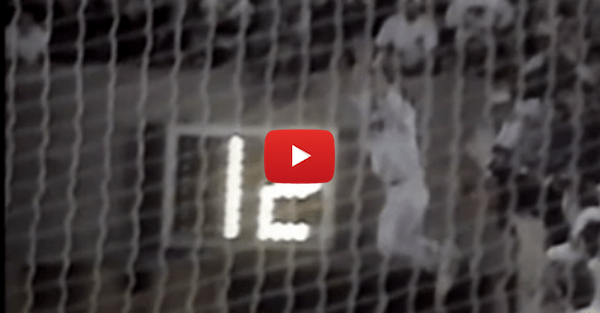 One night back in 1995, a Chicago Bears’ fan became an instant celebrity when he made a play that outshined Packers receiver Robert Brooks’ 99-yard touchdown pass from Brett Favre.

As rare as the touchdown pass was– only 14 in NFL history– the catch by Mike Pantazis, a Chicago native and die-hard Bears fan, is the only one of its kind.

Seated in the south end zone at Soldier Field, Pantazis leapt from the stands and caught Kevin Butler’s fourth-quarter extra point after it cleared the net, falling out of sight and into a media frenzy with the ball in hand.

Twenty years later Pantazis, now 48, is still riding the wave that washed him to instant fame.

“Everywhere I go, when I tell people, they just light up,” Pantazis told FOX Sports in a phone interview. “They want pictures and autographs and selfies. It’s funny. They tell me where they were (when I made the catch) — Europe and Florida and New York — and people call me from all over the country.

Pantazis lives in Chicago with his three sons and plays in a band.