Defensive tackles don't always get the love they deserve, but Richard Seymour should. As one of the more dominant defensive linemen of his era, the 6-foot-6 monster played in the NFL for 12 seasons before hanging up his cleats in 2012. A decade later, Seymour will be inducted into the Pro Football Hall of Fame.

The big man made nearly $90 million during his days with the New England Patriots and Oakland Raiders and has three Super Bowl rings to show for it. He played alongside legends like Brady under head coach Bill Belichick's playoff dynasty and won more awards than he can count.

Now, the 41-year-old former Georgia Bulldog great makes a living putting his money on red and black instead of wearing the colors.

From the Georgia Gridiron to Super Bowl Champ 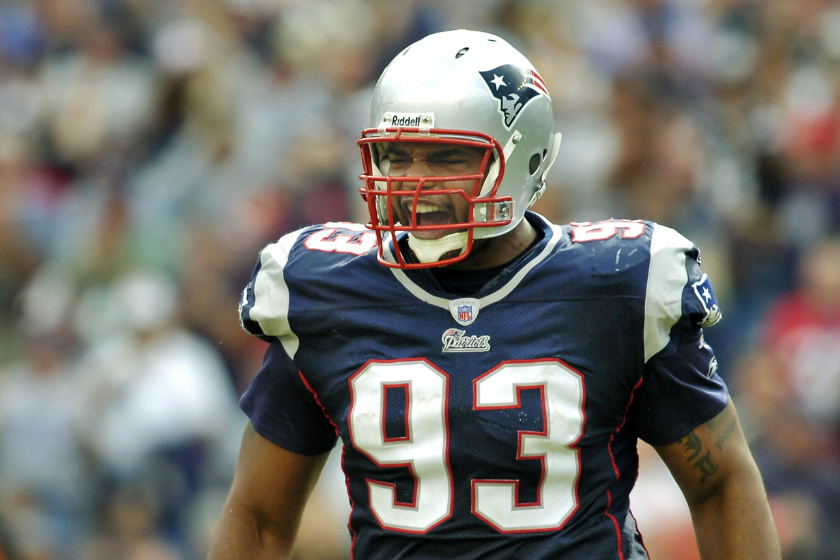 RELATED: Knowshon Moreno Scored Touchdowns in the NFL, But Where Is He Now?

Seymour was a star high school football player in Hopkins, South Carolina, before heading to the Peach State to join the University of Georgia Bulldogs in 1997.

During the late 1990s, Seymour served as an anchor on UGA's defensive line for head coach Jim Donnan. He was at one point a fraction of a d-line that wrecked offensive linemen and included first-round draft picks such as Buffalo Bills defensive tackle Marcus Stroud, New Orleans Saints defensive end Charles Grant and former Patriots teammate Johnathan Sullivan.

Seymour didn't put up the counting statistics like David Pollack, but he finished his four-year college football career with 223 tackles, 9.5 sacks and 25.5 tackles for loss. By the time he left Athens, he was a two-time first-team All-SEC selection a first-team All-American by some publications.

#Dawgs 93 days featuring one of the best to ever wear #93 at UGA, 3x Super Bowl Champion Richard Seymour. #GoDawgs pic.twitter.com/GGr5R1obDa

The Patriots selected Seymour with the sixth overall pick in the 2001 NFL Draft and gave him a $4.8 million signing bonus.

He helped lead the Pats through the AFC and to a Super Bowl as a rookie and would continue to take home hardware throughout his next 11 seasons. Here's just a glance at all he accomplished in the NFL:

According to Spotrac, Seymour made $89.5 million in the NFL. He took home $42.7 million from the Patriots and $46.8 million in four seasons with the Raiders. 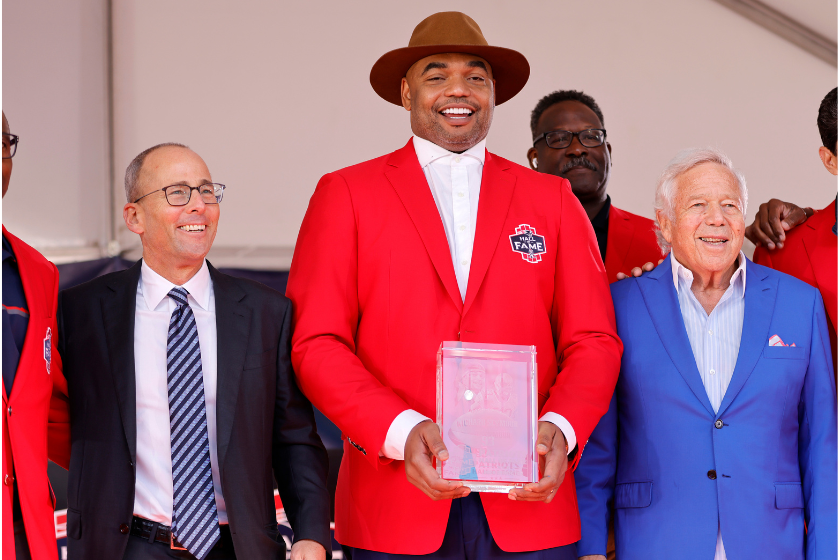 Richard Seymour's final team, the Raiders, moved to Las Vegas recently. The NFL veteran appears to have moved on in similar fashion. The former NFL player Richard Seymour is now a professional poker player. He rakes in quite the dough playing Texas Hold 'Em, too.

NBC Sports reported that Seymour played in the 2019 World Series of Poker's main event in Las Vegas, where he finished in 131st place and won $59,295. That's the best finish by any NFL, NBA, NHL or MLB player in the event's history, per NBC.

According to The Hendon Mob poker database, Seymour has won $645,212 in live earnings from his poker career. In 2018, he walked away from the PokerStars Caribbean Adventure with a ridiculous $376,360 after finishing in third place.

"Once you're done playing football you still have a competitive drive," Seymour told Yahoo! Sports of his poker career. "Poker is an outlet for me where I have a competitive drive, you have to be very cerebral. It requires a lot like it did for me in football - I have to be patient, I have to know how to pick my spots, pay attention to guys' tendencies. It was just a natural progression after leaving sports at a high level."

Seymour may not ever make NFL-type money playing poker, but he appears to have found a pretty lucrative gig after his football career.

The Super Bowl championship winner and seven-time Pro Bowler is one of the newest members of the Pro Football Hall of Fame. He'll be enshrined along with Tony Boselli, Cliff Branch, LeRoy Butler, Art McNally, Sam Mills, Dick Vermeil and Bryant Young. He's still looking for a WSOP bracelet, but a gold jacket will suffice.

MORE: Patrick Willis Retired in His Prime, But Where is the Linebacker Now?