When he's off the field, Ahmad Gardner is a reserved kid who admits he's never smoked or drank alcohol.

When he's on the field, he's Sauce Gardner: the flashy, confident cornerback who wears a chain bearing his nickname, helped turn the Cincinnati Bearcats into a top ranking powerhouse College Football Playoff team out of the AAC and is now hoping to bring the New York Jets back to the top of the AFC standings.

At 6-foot-3 and 200 pounds, "Sauce" played his way into the first round of the 2022 NFL Draft as one of the first defensive backs off the board. As the Jaguars, Lions and Texans made their picks, the Jets swooped in and landed their star. Since Gang Green made their selection, Ahmad 'Sauce' Gardner has become a fan-favorite much like QB Zach Wilson and head football coach Robert Saleh.

Sauce Gardner was one of the NFL's biggest breakout stars this regular season, but how did he get his nickname? It turns out there's a pretty literal backstory.

How Ahmad "Sauce" Gardner Got His Nickname 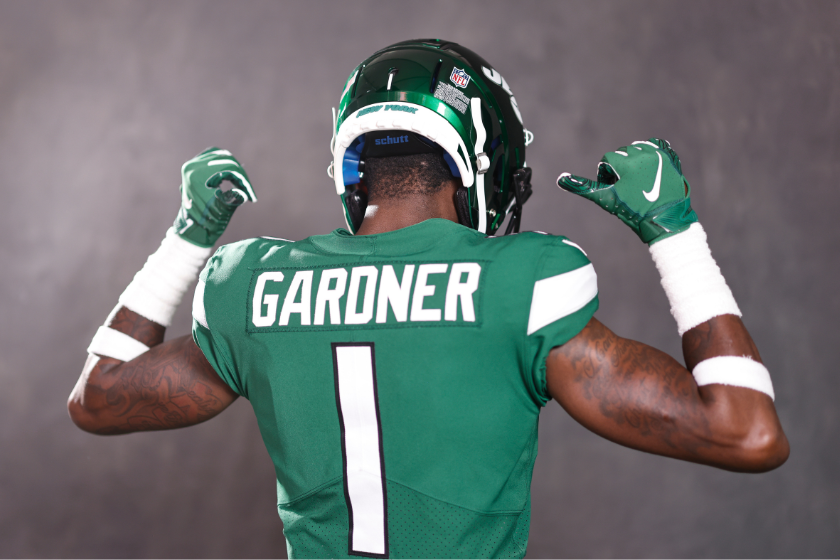 RELATED: Robert Saleh's Wife Sanaa Stays Out of the Spotlight for a Very Good Reason

Sauce Gardner has gone by "Sauce" ever since his youth football days.

According to Yahoo Sports, Ahmad got his saucy nickname when he was 6. A youth coach of his originally dubbed him "A1 Sauce Sweet Feet Gardner" because he enjoyed fast food dipping sauces. Wendy's creamy sriracha sauce was his No. 1 option, but coaches would tell him drowning fries in that wasn't the best way to gain weight.

"When I get the 4 for $4, I get like three sriracha sauces and I dip everything in it -- my burger, my nuggets and my fries," Gardner said.

Ahmad shortened his nickname to just "Sauce," and it stuck ever since. 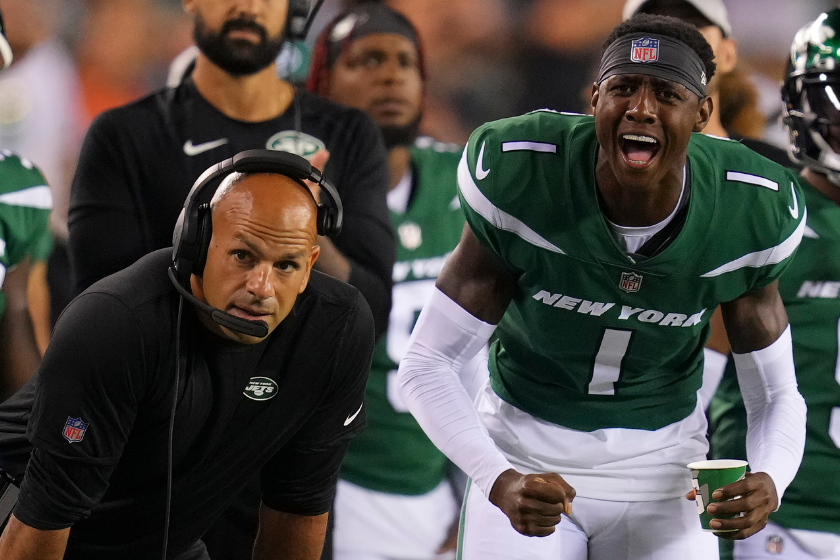 As a three-star recruit at Martin Luther King High School in Detroit, Michigan, Sauce didn't get many looks from major programs. He took his talents to the University of Cincinnati and began to develop his body. After arriving on campus at 160 pounds as a freshman, he broke the 200-pound mark and was all over the radars of NFL teams.

Even more remarkable than any of those stats? Sauce never allowed a single touchdown out of more than 1,000 career coverage snaps in his college career. The final tally last season was 13 catches for 117 yards, according to Pro Football Focus College. And while Sauce still doesn't have a pick-six in the NFL, he's already begun racking up tackles and interceptions at the pro level.

He was asked at the NFL Scouting Combine how he'd react when (or if) he gave up his first NFL touchdown, to which he gave the sauciest of answers.

"I don't have plans on giving one up in the NFL," Gardner said. So far, Sauce has held up that promise. Not even the Giants, Patriots, Bengals, Cowboys, Steelers or Eagles could score on Sauce.

And while his matchups usually make ESPN's highlight reels, the fourth-overall pick in the 2022 NFL Draft and Pro Bowl selection has put running backs, tight ends and wide receivers on notice.

This article was originally published on April 26, 2022, and has been updated since.