McDermott is a popular man among Bills Mafia, one of the most alluring fan bases in the National Football League, but he's got even bigger supporters back home, namely his wife, Jamie.

Sean McDermott is married to his wife Jamie McDermott, whom he reportedly began dating back at La Salle College High School, which they both attended in Pennsylvania.

McDermott was born in Omaha, Nebraska, but moved to Pennsylvania at a young age. McDermott played high school football for La Salle, and earned All-Southeastern Pennsylvania honors at the defensive back position. McDermott, a standout athlete, was also a two-time national prep champion wrestler in high school.

The pair remained together throughout college at the College of William and Mary, where McDermott earned a bachelor's degree in finance. Jamie and Sean McDermott have two children together, a son and daughter. The couple currently resides in Orchard Park, New York.

Unfortunately for fans looking for a glimpse into their personal life, neither Sean nor Jamie are active on social media, preferring to live a quiet life. 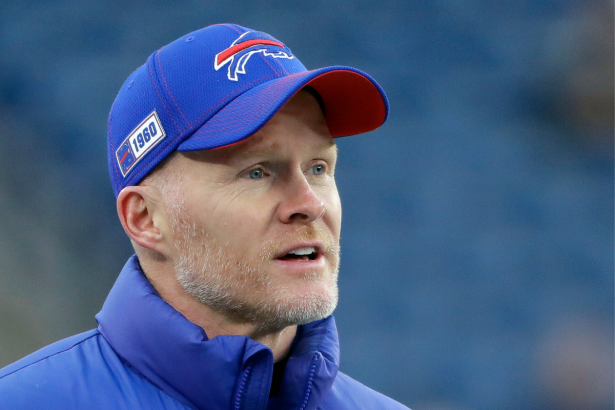 After graduating from William and Mary, the program brought McDermott aboard as a graduate assistant, where he'd spend a brief time before moving onto the NFL.

Sean McDermott's first shot at being an NFL coach came in 1997 with the Philadelphia Eagles, where he worked as a scouting administrative coordinator. He then became the defensive quality control coach and assistant defensive backs coach under head coach Andy Reid. In 2007, McDermott became the linebackers coach and soon earned a promotion to defensive coordinator for the Eagles.

?In 2011, McDermott joined the Carolina Panthers as the team's defensive coordinator, working alongside Ron Rivera to build a playoff caliber squad, and even making a Super Bowl appearance in the 2015 season, though they were defeated by the Denver Broncos.

McDermott took over as head coach of the Buffalo Bills in 2017 and has since done tremendously to shape the organization into true contenders. Drafting the likes of Tre'Davious White, Ed Oliver and sensational quarterback Josh Allen, the Bills have become the best team in New York, far surpassing their rival New York Jets and the New York Giants.

As Bills Mafia advances through the playoffs in 2022, Sean McDermott will have his wife, Jamie, by his side.