Deflategate in the Preseason? What a Time to be Alive 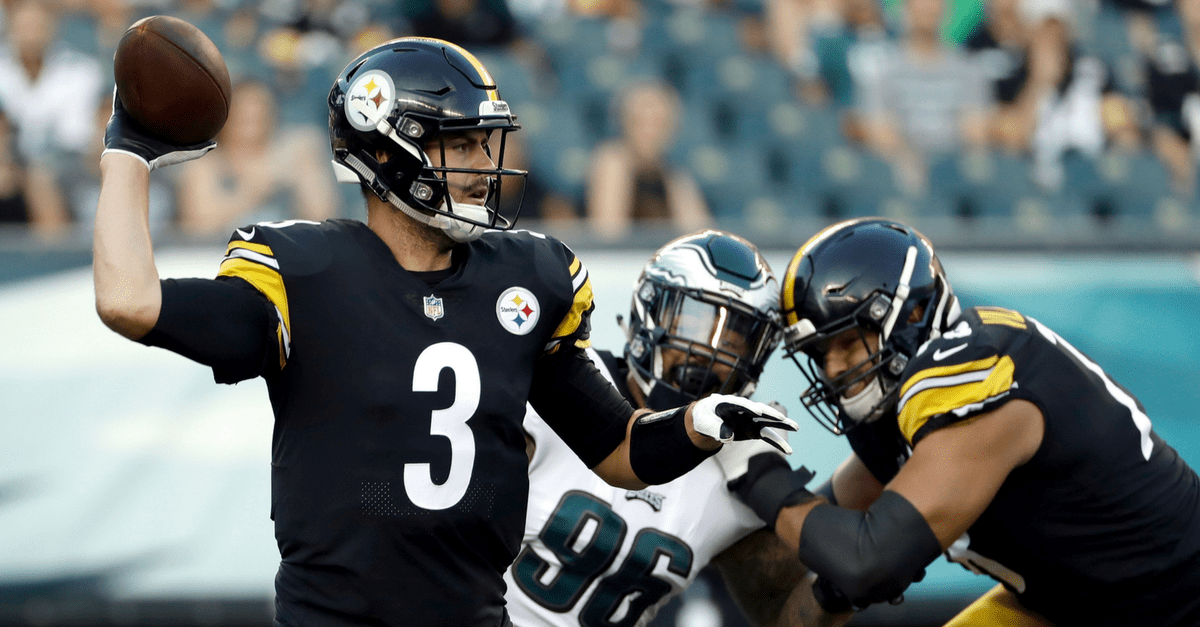 Toss aside the ongoing national anthem protest dialogue. Stop thinking about the new Use of Helmet rule, too. Even ignore the fact the season doesn?t officially start for another month. Drop everything you are doing and start paying attention to the biggest problem in the NFL right this second.

Since nothing screams controversy quite like the first batch of NFL preseason games. 2018 is a time where everything is taken to the extreme, and the league has supposedly launched an investigation to decide whether or not a deflated football was used by the Pittsburgh Steelers during the third quarter of Thursday?s preseason game against the Philadelphia Eagles.

Apparently Steelers rookie quarterback Mason Rudolph was out there at Lincoln Financial Field throwing ?marshmallows? to get a competitive edge.

During #Eagles #steelers pre season game their was at least one Pittsburgh football found that was VERY deflated . The #NFL has the Football and is investigating. I saw the FB after incompletion and it was like a marshmallow. @SportsRadioWIP

Oh, Howard. How can we ever thank you for pointing this out from sky high in a press box? And doing it so elegantly with a rushed tweet full of errors?

Let?s get back to that in a second.

First, there is no doubt this is why the Eagles, the defending Super Bowl champions, lost 31-14, right? The Steelers just cheated their way to take down their in-state rival in a meaningless exhibition game to establish territorial dominance.

Shame on you, Pittsburgh.

In the world of hot takes, though, complaining someone is throwing marshmallow-like balls with the fringe-roster players in during the first exhibition game is on a level no person should ever climb to.

Do your due diligence. Handle this privately. Slap the criminals on the wrist if it?s actually true. This is the preseason, and nobody really cares. It was just a mistake, according to a NFL statement released by Yahoo! Sports.

?All footballs were in compliance with NFL rules following the pregame inspection process and all proper procedures were followed. In the third quarter, a football that was found to be defective was removed from play and will be sent back to Wilson for review.?

This isn?t like, say, the AFC Championship Game or anything. Nobody is going to get suspended like Tom Brady and the Steelers aren?t going to get fined $1 million like the New England Patriots.

Yet for a moment, we were clinging to a Philly radio guy without the proper use of ?their? and ?there? to provide us the news that the NFL is looking into the matter involving the Steelers.

Whatever comes of this, nobody will likely care.

Deflategate has made it to the preseason, though. What a time to be alive.